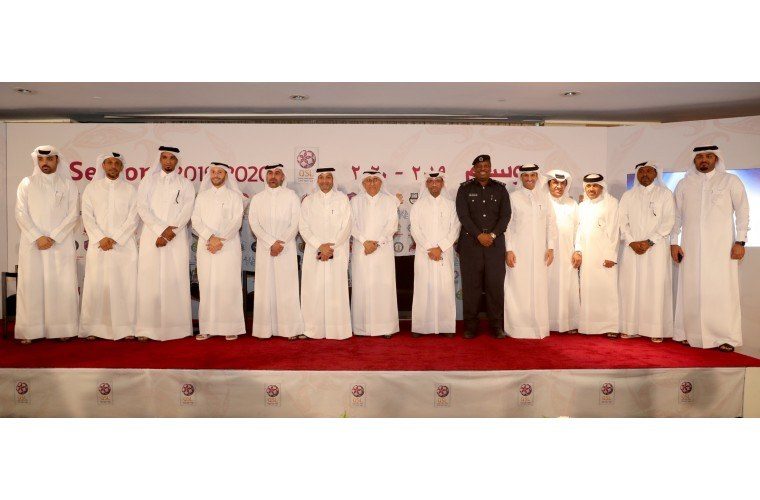 Qatar Stars League has launched on Monday the new football season 2019-2020 at the W Doha Hotel in preparation for the start of the league, which starts on Wednesday as defending champions Al Sadd take on Al Wakra.

The QSL's Mobile Application for smartphones, designed by Qatari company Al Konat, was unveiled and will be a new media platform for Qatar football fans. It allows users functions such as news of tournaments organized by QSL, news, and follow-up of clubs, special pages about clubs to help the fans keep in touch with everything related to his favorite club and purchase of e-tickets and Season Cards. It will have two more phases in the development process, including the possibility of buying sports equipment and clothing for clubs via the online store.

The official ball for the 2019-20 season was also unveiled. The Qatar league is the first to use it, with a special design only for the QSL from Molten.