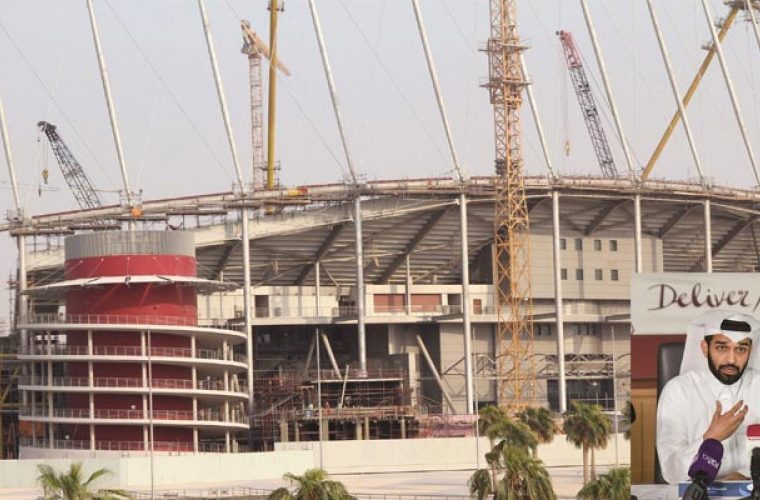 Qatar has been "singled out" for criticism, the 2022 World Cup committee chief said on Monday, adding that no labourer has died during more than 14mn man hours of work on tournament venues.

In a robust defence of Qatar's position, Hassan al-Thawadi, also said the Gulf state does not expect to lose the World Cup, regardless of an ongoing investigation into the 2022 bidding process in Switzerland, amid allegations of corruption.

Al-Thawadi, secretary-general of the 2022 Supreme Committee, the body overseeing tournament preparations, said there was no evidence of wrongdoing against Qatar and that the country would cooperate with investigators in Switzerland and the US "should there be any request".

"We always expected criticism," Thawadi said in an interview posted on the Supreme Committee's website.

"We became the victim of a campaign that singled out Qatar and our successful bid without any shred of evidence."

Asked if he was worried Qatar could lose the 2022 tournament, a defiant al-Thawadi replied: "Absolutely not."

So far, Qatar has not been contacted by investigators in Switzerland or the US, confirmed al-Thawadi.

Last week, US attorney general Loretta Lynch said she hoped Doha would cooperate with any investigation, if necessary.

As well as corruption, critics have consistently rounded on Qatar for its record on migrant workers' rights.

This summer it was claimed in the US media that 1,200 labourers had died on World Cup construction sites, a charge fiercely denied by Doha.

"That is simply not true," said al-Thawadi.

"In more than 14mn man hours worked the Supreme Committee has not experienced one fatality on site."

Work has begun on six of the possible eight venues that will be used in seven years' time.