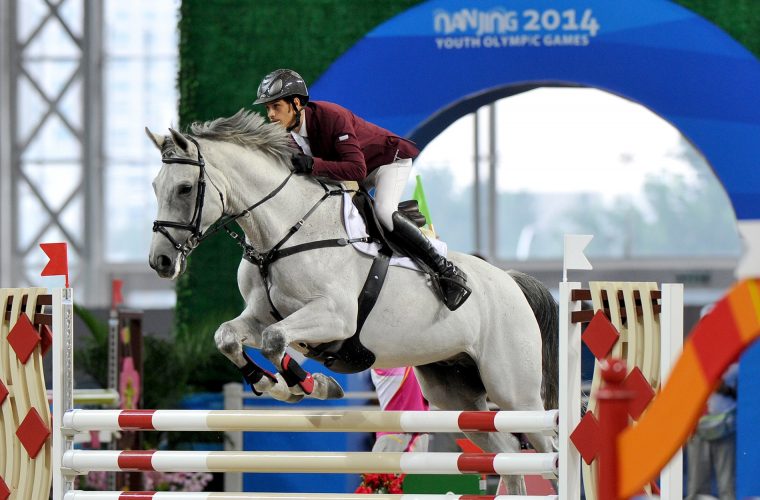 Qatar’s equestrian athlete Hamad Al-Qadi has qualified for today’s Individual Final following an excellent performance in the first round at the Youth Olympic Games in Nanjing, China.

More than 3,500 talented young athletes aged 15-18 from across the globe are in Nanjing for a festival of elite sporting competition where they are competing for medals in 28 sports, each looking to fulfil their potential as the Olympians oftomorrow. Hamad is joined by 20 other young Qatari athletes to form a 21-member team that are competing across seven disciplines, in equestrian, swimming, shooting, athletics, gymnastics and table tennis.

Hamad’s performance at the Youth Olympic Games has been impressive so far, being the only member of the Asian team to complete the first round of last week’s Team Jumping event without incurring a single penalty point. Hamad, who was Qatar’s flag bearer during the Games’ Opening Ceremony, has continued this form in the individual event after a very good qualifying round yesterday. Hamad qualified for the Games by ranking first in the 2013 FEI World Jumping Challenge.

The promising young rider spent two months in preparation for the Youth Olympic Games at a training camp in Germany, and his hard work has paid off.

Speaking ahead of his Individual Jumping final, 18-year-old Hamad said:

“I’ve been training tirelessly ahead of the Games and I hope this training comes to fruition today in Nanjing, but simply competing here is an invaluable experience. I have met incredible equestrian athletes from around the world and have gained valuable experience that I hope to turn to future success.”

Qatar’s progress in equestrian has taken off at an impressive pace, with star rider Bassem Mohammed currently ranked fifth worldwide after continuing to deliver stellar performances in this year’s season of the Longines Global Champions Tour. Rising stars like Hamad will continue the bright future of equestrianism in Qatar. 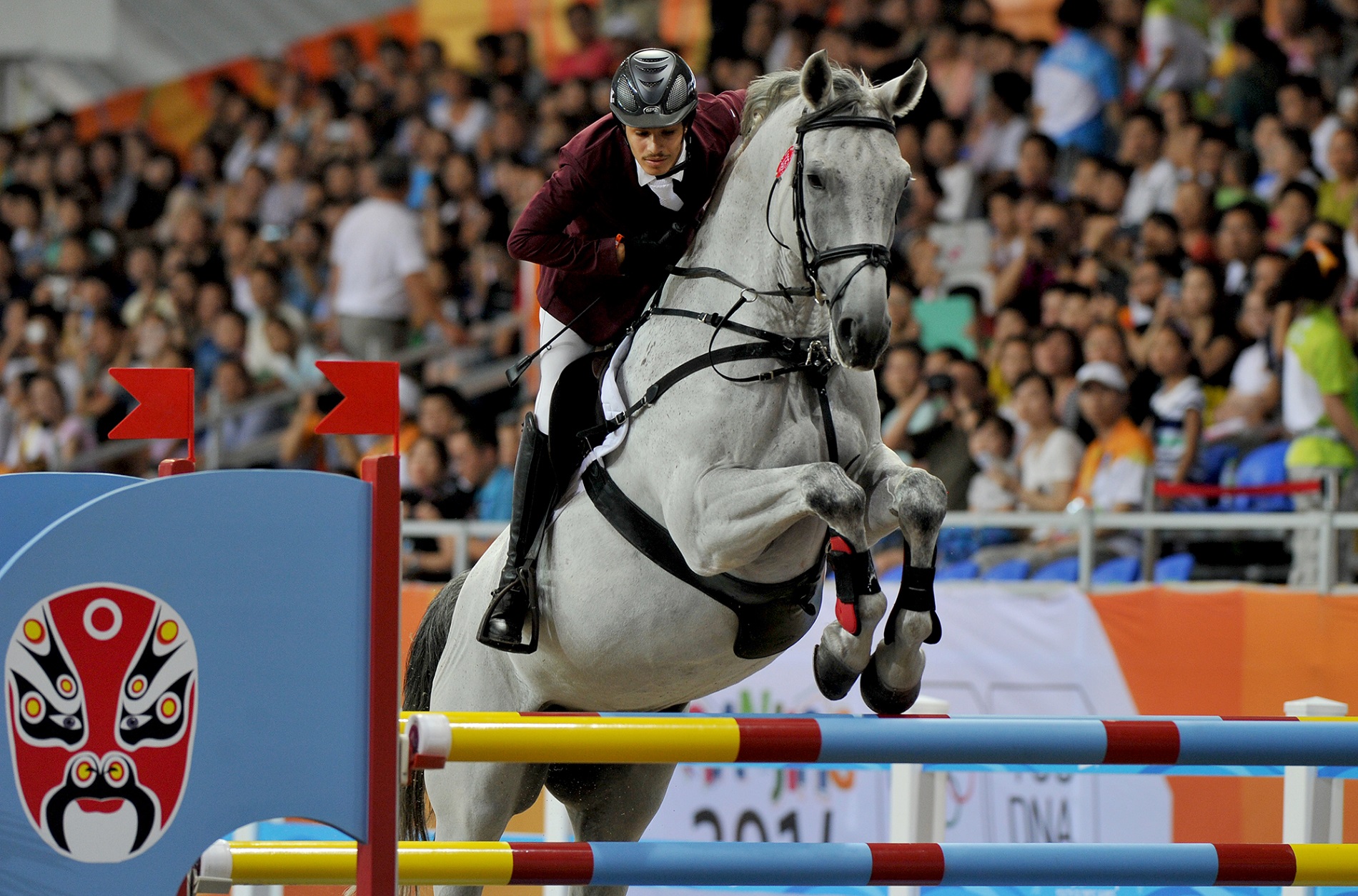 Secretary General of the Qatar Equestrian Federation, Khalid Bin Safar Al Hajri said: “Hamad al-Qadi is an exceptionally talented young athlete. His performances have consistently improved and have proven his burgeoning skill as a show jumper. We are incredibly proud of his accomplishments to date and will continue to support Hamad and all of our equestrian athletes to further bolster the sport in Qatar.”

“Hamad al-Qadi is an excellent example of what can be achieved through hard work, dedication and an excellent support system. He is a fantastic role model for the youth of Qatar and I have no doubt that he will be an inspiration to aspiring young riders. We are a nation with talented youngsters and the Youth Olympics is exactly the stage for our athletes to shine. I want the nation, especially our young people, to be inspired by the stories of our young athletes, to learn about their challenges, support their performances and celebrate their achievements.”

The QOC has launched an exciting new campaign, #RepresentQatar, to showcase Team Qatar as they compete on the world stage. By simply following QOC on Facebook, Twitter and Instagram, and following the hashtag #RepresentQatar, all sports fans can get to know the athletes through exclusive behind the scenes content. The campaign will also follow the progress of each athlete, providing live results and progress reports.