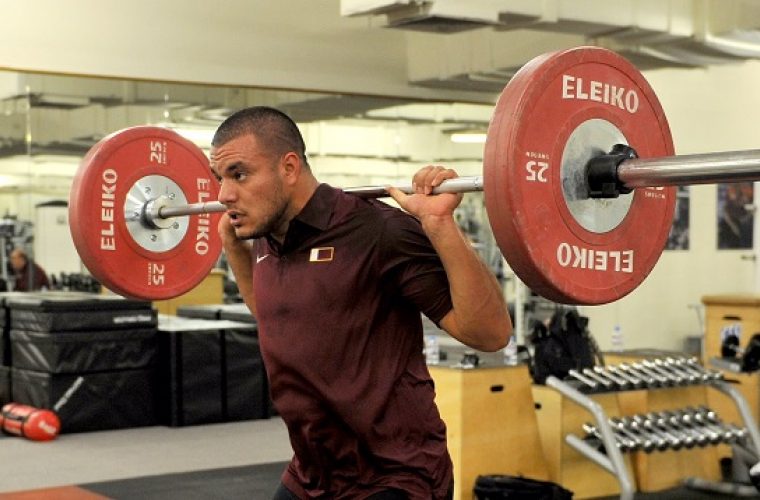 Over 10,000 athletes from 206 nations will descend on Rio de Janeiro for South America’s first Olympic Games. A global TV audience of 4.8 billion will share the raw emotion, intense drama and unrivalled pride as athletes stretch themselves to the absolute limit of their ability and showcase the very best of humankind in the true spirit of Olympism.

Amongst them will be the biggest team that Qatar has ever sent to an Olympic Games since their debut in Los Angeles 1984. 34 athletes will compete across six sports – athletics, swimming, shooting, handball, equestrian and table tennis. As they finalise their preparations to compete in the most important competition of their young lives, the QOC has launched a #YallaQatar public support campaign across its social media channels to encourage the whole nation to get behind Team Qatar’s athletes and celebrate their incredible feats. The Olympic Dreams film series will profile each team and athlete, and explore the highs, lows, motivations and dreams of Qatar’s Olympians on their journeys to Rio.

Thanks to the keen eye of experienced Coach Alexey Malyukov, Elseify’s unmistakable talent was quickly recognized “In 2010, the head coach asked me to test Ashraf and so I gave him a few exercises and after his first attempt I was sure he had potential to become an incredible athlete. I had promised the federation that Ashraf would throw over 80 meters but I was wrong,” Coach Malyukov said, adding, “he threw over 85 meters.”

Elseify, who lost his father at a young age, has a close bond to Coach Malyukov and it is this relationship that forms the basis of the hammer thrower’s success:“I started training with Coach Alexey Malyukov in 2010, when I first took up the hammer throw. He is not just my coach he is like a father to me. I learned so much from him, and every day I learn something new. He taught me what the hammer throw really is and about proper technique and training.”

The young hammer thrower is one of three Aspire Academy alumni that have qualified to Rio 2016, the other two being high jumper Mutaz Barshim and middle distance runner Abubaker Hayder Abdulla. Elseify credits the world-renowned Aspire Academy for his massive development as an athlete: “My experience in Aspire Academy started in 2010 when I was still young and I learned a lot from it. I matured in Aspire Academy and developed my academic and sporting skills,” he said, adding, “It felt like home to me. I learned how to be a leader, how to deal with people in my life and I also learned English at Aspire Academy.”

Under the tutelage of Coach Malyukov, who coached the Russian throwing team at the 2008 Beijing Olympics, Elseify went from strength to strength; he won gold in the 2012 Asian Junior Championships in Colombo, Sri Lanka, set a new world junior record with an incredible 85.57m, and won consecutive World Junior titles in Barcelona in 2012 and Eugene, USA in 2014.

“There’s an expression that goes “The world is smiling at you” and winning my first Junior World title in Barcelona I really felt like the whole world was smiling at me – I had never felt that way before.”

His success has not come without sacrifices, which Elseify is quick to point out that he is happy to make: “I started training at a young age and I sacrificed a lot of things like going out with my friends, staying out late – I missed out on a lot of social gatherings for my sport,” Elseify said, adding “But ultimately once you win, you don’t feel like you sacrificed anything at all. It is an amazing feeling.”

The 21-year-old athlete will head to his first ever Olympic Games with a plethora of experience under his belt, having set history yet again in the 2015 IAAF World Championships after becoming the first Qatari athlete to qualify for the hammer throw final.

For Rio 2016, Elseify has one goal in mind: “Competing in my first Olympic Games is really important to me. I will give everything I have in Rio and my goal is to make Qatari people happy. It is an honor for me to represent them.”