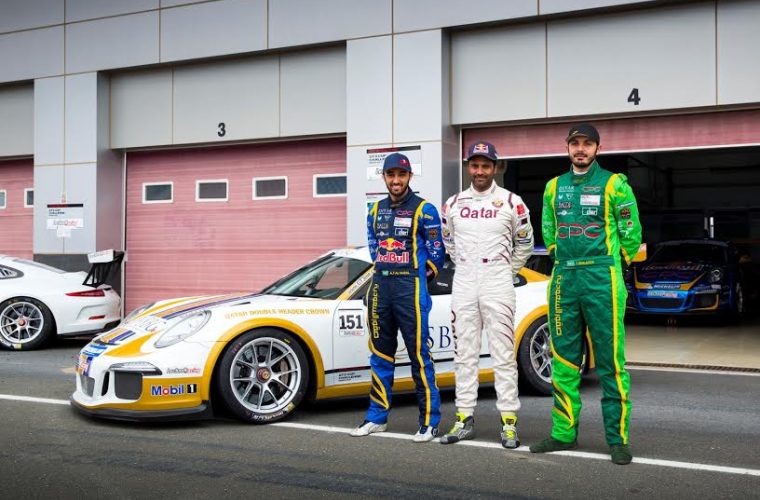 The region’s leading drivers have welcomed the presence and added competition of Qatar racing star Nasser bin Saleh Al Attiyah, who is set to make his debut in Round 4 of the Porsche GT3 Cup Challenge Middle East on the home territory of Losail International Circuit this weekend.

An all-round sporting talent who won bronze in the men’s skeet event at the London Olympics in 2012 and has competed in five Olympic Games, Al Attiyah is set to test himself for the first time in a Porsche after a successful career in rally driving. The Qatari is a former Dakar Rally champion and nine-time FIA Middle East Rally Championship winner.

The previous round under the lights saw the region’s leading drivers encounter tough conditions in Qatar as it heads towards the business end of the season where every points counts. Reigning champion Clemens Schmid of Al Nabooda Racing, currently leads the championship by 27 points, will be targeting two victories as he closes in on his second title.

In his first outing in the all-new Porsche 911 GT3 Cup, Al Attiyah recorded a respectable time of 2:04.089 around the Losail International Circuit, but is adamant that he will improve his time as he adjusts to the Porsche and the whole new concept of single-seater driving.

Looking forward to his first competitive action on home territory, Al Attiyah said: “It is a great feeling to be associated with this leading series and it will be a totally different challenge for me. All my life I have competed in rally and have won many championships and the greatest rally race of them all, the arduous Dakar rally. But this will be a totally different challenge, it is the leading series in the region, with quality drivers competing, so I am looking forward to it and testing myself against the best.”

“The all-new Porsche 911 GT3 Cup is an amazing car, poles apart to what I am used to but I have enjoyed it so far. I am new to this sort of racing and have to get used to the corners and how to tackle them but with more time and experience on the track I will adjust. I just cannot wait for the action to begin,” added Al Attiyah.

Former champion Abdulaziz AlFaisal has welcomed the competition and experience Al Attiyah will bring to the series. He said: “It is a fantastic addition to the series and we need more individuals like Al Attiyah. He is one of the best rally drivers in the world and to have him competing in the GT3 Cup Challenge is only good for the region and Qatar. He is a championship driver who will not only improve the series but also help young drivers by passing on his knowledge. I personally welcome the challenge and look forward to the battles.”

Reigning champion and championship leader Clemens Schmid of Al Nabooda Racing believes the series can only grow and attract Qatari locals to attend the races with Al Attiyah’s presence.

Schmid said: “We welcome Nasser with open arms and what addition to a growing series. Al Attiyah bolsters the competition which can only be a good thing for everyone involved. Hard to believe but I think the series just got even more exciting.”

Porsche motorsport fans can come along to watch Al Attiyah and other world-class drivers in action for free as the Losail International Circuit goes under the lights for an action-packed weekend on 31st January and 1st February 2014. 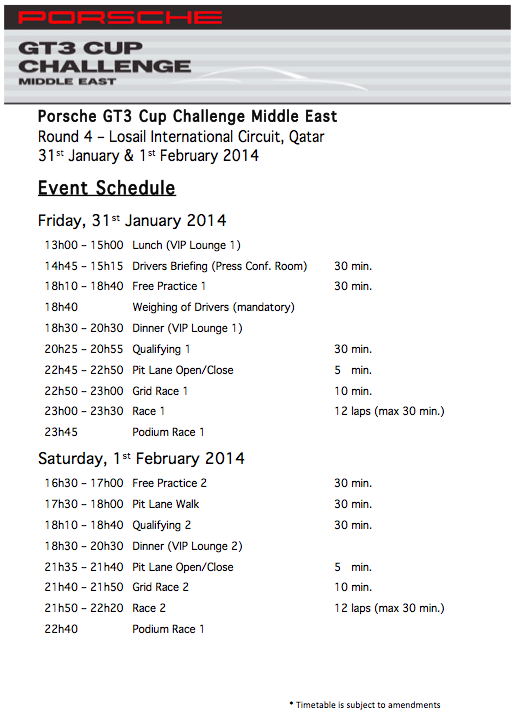