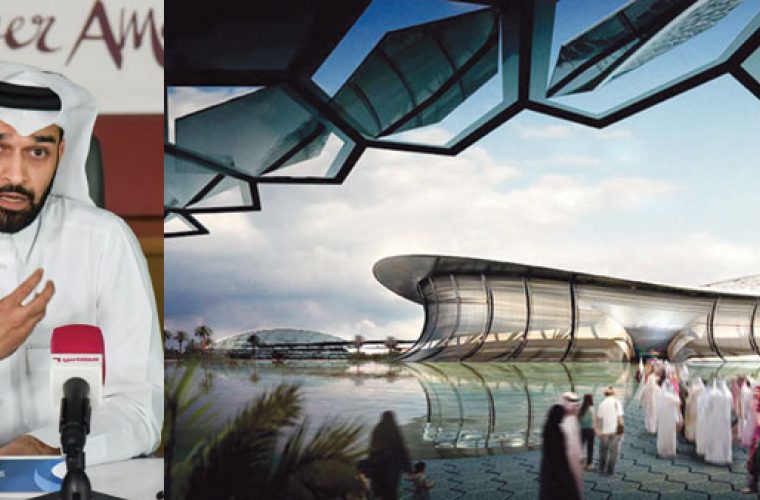 On December 2, 2010 the world woke up to the reality of a changing sporting dynamic exemplified by Qatar winning the bid to host the 2022 FIFA World Cup.
The stunning success came in Qatar’s first attempt, sending shockwaves across football’s traditional bastions and evoking awe and curiosity, besides triggering off a predictable maelstrom of conspiracy theories based on presumptions, hate, fear and bias.
But here we are today, on the fifth anniversary of the historic FIFA decision and Qatar has much to celebrate. If anything, the Supreme Committee for Delivery and legacy (SC), the body tasked with delivering the event to FIFA’s exacting standards, has assured football fans that it is steaming ahead with its preparations to deliver an outstanding World Cup that will leave behind an outstanding legacy for generations to cherish.
This, despite the fact that oil prices have fallen drastically and there is a general sense of despair all around brought about by the diabolical politics that is playing out in some parts of the world.
“Our aim from the start was to make sure we are fiscally responsible and keep reducing our expenses as much as possible,” Supreme Committee secretary-general Hassan al-Thawadi, told journalists yesterday.
“We were clear about our budget and determined not to exceed it. We were conscious of that (changing economic scenarios). We were less focused on grandeur and more on the efficient delivery of what we had promised and therefore we feel very comfortable with our budget.”
Al-Thawadi said that Qatar had come a long way since winning the bid although it was not easy coping with all the wild allegations about impropriety flying around.
“I am proud of what we have achieved in the last five years. We used the time to build the foundations for the World Cup. The next five years we would be working to enhance
those foundations day by day.”
Dismissing all the negativity surrounding Qatar’s successful bid, he said that, if anything, it had only made his resolve stronger.
“My resolve is stronger than ever. Our vision, our legacy continues to develop. The World Cup will go down in history as an outstanding one.”
The number of stadiums for the event is yet to be finalised but Qatar has already begun work on six venues.
“Next week the main contractor for the Al Wakrah Stadium will be announced. We are going for sustainable development that goes beyond football.”
Al-Thawadi was also enthused by the possibility of an Asian FIFA president after it emerged that Asian Football Confederation (AFC) chief Sheikh Salman bin Ebrahim al-Khalifah emerged as a leading contender for the prestigious job.
“I have always said that Asia is the future. The commercial market for football is Asia. No doubt an Asian FIFA head will enhance Asian football.”
But more important than that, al-Thawadi said FIFA needs to be stable to ensure the development of the game.
“We need a stable FIFA for the benefit of the game. The new president, whoever it may be, should lead football and work for the progress of the game.”
Meanwhile, members of the Supreme Committee have been visiting areas where proposed host stadiums are being built. Dr Nasser al-Hajri, project manager of Al Bayt Stadium – Al Khor City, and Ghanim al-Kuwari, SC competition venues executive director, accompanied the team.
On its visits to Al Khor, Al Thakhira, Um Qarn and Simaisma, the SC’s team focused on updates on the design of the stadium and its precinct, highlighting modifications made to the areas surrounding the stadium to cater for more green spaces, family meeting areas, game areas, bicycle lanes, running tracks and horse riding tracks.
Al-Kuwari said: “These visits aim to inform people about all progress and updates to the SC’s projects and solicit their opinions on matters related to the facilities surrounding the stadium and their operation upon completion.
“We adopt a very open dialogue format, where people have the chance to voice their concerns and express their opinions on the SC’s performance on engaging the community.”

If you have anything you want to share with us, send us an e-mail at cont[email protected]!