Qatar Olympic Committee held a special ceremony on Sunday at Aspire Dome to mark Sport Excellence Day and recognize those who make the country’s sport achievements a reality and advance its sporting march.

Hundreds of Qatar’s athletes, coaches, stakeholders and Aspire student were present to celebrate the successes of Team Qatar over the past year and encourage them to continue to keep their country proud.

Speaking during the event, HE Sheikh Joaan bin Hamad Al-Thani, President of Qatar Olympic Committee said:
“Development of athletes to reach the highest level is a top priority of the Qatar Olympic Committee as it is a part of the QOC strategy which is aligned to support Qatar National Vision 2030. Team Qatar had a successful year across many sports as medals were won, records were broken. The athletes continued to perform and bring home many glorious titles.
“Thank you for your commitment and dedication to building the sporting culture of Qatar. Today we are here to celebrate some of the successes. It is also important to recognize the commitment and skills of the incredibly talented coaches who support our Team Qatar athletes to reach their full potential.

Showing his support to the athletes and administrator, HE Secretary General of Qatar Olympic Committee Jassim Al Buenain said:

“Qatar is a nation passionate about sport and we strongly believe in the power of sport to unite, inspire, empower and educate people of all ages and abilities. Our athletes represent everything that Qatar stands for; hard work, dedication and loyalty. We are extremely proud of them on and off the podium. They are an inspiration to the young generation and a source of pride for all of us.”

“We believe that hard work deserves recognition, and our athletes work tirelessly to represent Qatar at the highest level and raise the maroon flag around the world. Sport Excellence Day is our way of thanking them, celebrating their success and encouraging them to keep up the hard work.”
During the celebrations, awards were presented to athletes and administrators in different categories. Male athlete of the year was awarded to Mutaz Barshim whe opened the 2018 Diamond League season with a world leading jump of 2.40m on his way to victory in Doha in May. He continues to be a tremendous athlete and inspires many from the next generation.
Female athlete of the year was awarded to shooting athlete Al Dana Saad Al Mubarak, who shows success every year as her abilities become stronger. Other awardees include Sport Excellence of the Year, which was awarded to Abdulrahman Samba, who continues to beat records and defeat Olympic and world champions at every opportunity given.
Admirative awards were presented to the Ministry of Education and Higher Education for its continuous support to the Olympic movement in Qatar and Aspire Zone for supporting sport and organising social sport programmes, which play a critical role in developing athletes from a young age.
Rania Al Naji, Promising Female Athlete of the Year, said: “This award means a lot to me and is a motivation in the start of my sporting career to continue to improve. At the same time, it a motivation to girls to work hard and take up more sports thanks to the support we receive from all entities.”
“It’s a great feeling because this is the first award I receive and is a great motivation for me in the future,” Al Naji added.
Abderrahman Samba, who won the Sport Excellence Award said: “I'm extremely happy to win this award. This gives me extra motivation to give even more in the coming years. I'd like to thank the Qatar Olympic Committee family under the leadership of HE Sheikh Joaan bin Hamad Al-Thani for this great occasion. I hope I will continue to be here in the coming years and win more awards"

Mohammed Al Dosari who was presented with the Male Administrator of the Year stated: "The award is an incentive for all the winning athletes, administrators and federations to continue to excel"

For the success of athletes on and off the field it is critical to have strong support from administrative staff and coaches. Effective coaching runs deeper than wins and losses, it also includes reaching athletes on an individual level. A good coach will build their players up and instil confidence in them, helping them overcome any hurdles in front of them. The support of these staff was also recognised at the award ceremony on Sunday.
The following is a full list of off the awardees.
SPORT EXCELLENCE AWARD WINNERS 2018
Athletes 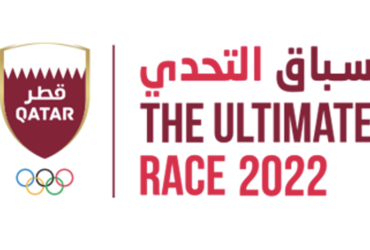 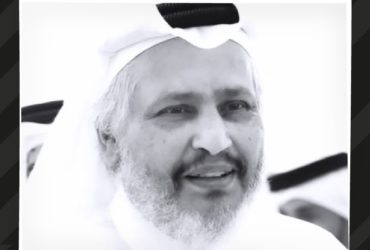