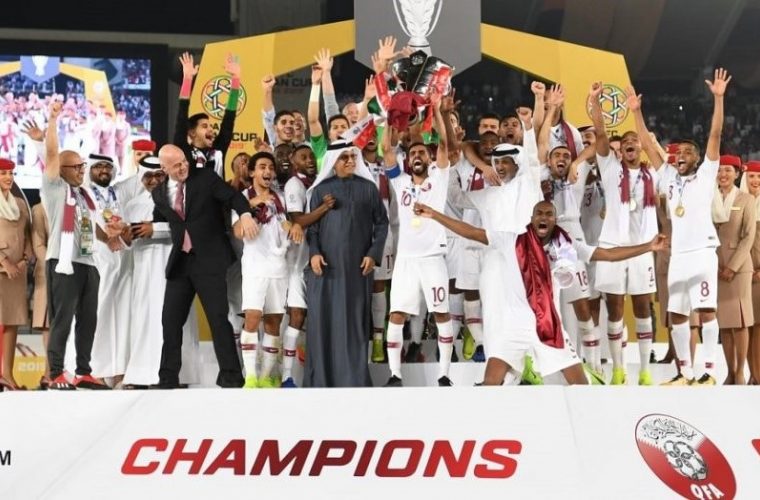 The Qatar national football team is managed by the Qatar Football Association which was formed in 1960 with the aim of governing football and encouraging the sport in Qatar, and in 1970, it joined FIFA.

The team has come a long way since its inception and is now holder of the 2019 AFC (Asian Football Confederation) Asian Cup title – a much coveted title and one that is very well deserved.

In light of the team’s, historic win at the 2019 AFC Asian Cup, let’s learn more about its past, present and future.

The team played its very first match against Bahrain who were the hosts of the Arabian Gulf Cup on 27 March 1970. This was the first football tournament in the Gulf region at that time. Unfortunately, the team didn’t play too well and ended up in the last position with just one point.

The same thing happened at the Arabian Gulf Cup tournament in 1972, with Qatar standing last in the final ranking.

At the 1974 Arabian Gulf Cup, it won its first match against Oman (4 – 0) and finished in third position at the end of the tournament.

In the 1984 Arabian Gulf Cup, the team lost the finals from Iraq, to become runners up in the tournament. This was its best performance until 1992.

The team, was again, a runner up of the Arabian Gulf Cup in 1990 after losing the finals to Kuwait and again in 1996, but was the winner in 1992 when the football tournament was held in Qatar, even though it lost from Saudi Arabia (1 – 0).

In 1975, the team entered the qualifying stages of AFC Asian Cup, but did not even qualify for the 1976 Asian football tournament.

It was in 1980, that Qatar was finally able to made its debut in the AFC Asian Cup, under the leadership of, then head coach Evaristo de Maredo, a former Brazilian footballer.

Since 1980, Qatar has played in 10 AFC Asian Cups, but has never proceeded beyond the quarter finals more than twice - once in 2000 and the second time in 2011 - till it won the 2019 AFC Asian Cup just recently in the United Arab Emirates (UAE).

In 1985, Qatar finished in the fourth place at the Arab Nations Cup. The team only played in this football tournament twice; the second time was in 1998, when Qatar hosted it, and the team came in second place after Saudi Arabia won the title.

In 2006, when the Asian Games were held in Qatar, the team won the gold medal.

In 2011, Qatar won the WAFF Championship after scoring 2 - 0 against Jordan.

The team made its FIFA World Cup debut in 1977 when it played in the qualifying stage. Unfortunately, Qatar has never secured a place in the any of the FIFA World Cups and will play for the first time in 2022 when Qatar hosts the biggest sporting championship in the world.

1993 saw the team reaching its highest FIFA ranking of 51. It’s lowest ranking was 113 in 2010, and its current ranking is 93 as of 18 December 2018. The ranking is expected to rise to 55 after the team crushed Japan 3 – 1 in the 2109 AFC Asian Cup. This will make the team no. 1 in the Arabian Gulf region and Asia’s fifth best ranked football team after Iran, Japan, Korea Republic and Australia.

Qatar national football team and its biggest achievement to date

The team’s biggest achievement to date is the 2019 AFC Asian Cup in which it emerged the winner, under the leadership of coach Félix Sánchez Bas, after scoring 3 – 1 against Japan who is a four time winner of this football tournament, despite hostility from host UAE who did not allow any supporters from Qatar to attend the tournament. Before this historic win, Qatar has never gotten past the quarter finals stage in any AFC Asian Cup.

The team won all its games in the tournament and scored 18 goals in total; it conceded a single goal only in the finals when Japan scored its single goal of the match

Another historical feat for Qatar is attaining the top scorer award in the 2019 AFC Asian Cup. Almoez scored nine goals to qualify for the award, beating the score of eight goals made by Iran's Ali Daei in a single tournament. He won the same award at the AFC U-23 Championship which took place in China in 2018.

Almoez Ali was given the title of 'most valuable player' of the 2019 AFC Asian Cup after the way he played throughout the tournament.

The best goalkeeper award has been given to Saad al Sheeb after his outstanding performance in defending Qatar during the 2019 AFC Asian Cup.

5. Player with most assists

The player with the most assists is Akram Hassan Atif who helped set up 10 goals, which gave a tournament high of 22 chances. This is eight chances more than any of the other players have attained.

Sánchez is the team’s coach and the person who helped it win the 2019 AFC Asian Cup title. He was the youth coach for Futbol Club Barcelona till he moved to Qatar in 2006 and started working with the Aspire Academy which is where he has coached many of the players from the team today.

Despite the hostile conditions under which the team played at the 2019 AFC Asian Cup hosted by the UAE, which is one of the four countries along with Saudi Arabia, Bahrain and Egypt to have imposed a blockade on Qatar since 5 June 2017, its determination, strong tactics and the will to succeed enabled it to not only win the semi finals against home team UAE with a score of 4 - 0, it went on to win the finals against Japan 3 - 1 on UAE home ground. Even when people from the UAE rained shoes and bottles on them in the stadium, they did not flinch and, instead, remained calm even though the pressure was immense.

People from Qatar were not allowed in to the UAE to support their national football team, yet, the team remained persistent, undettered and played their best game to date.

Despite the fact that people from Qatar were not there to support their team throughout the football tournament, support poured in from Omanis, Kuwaitis and other expat communities who cheered Qatar on to win. Among those that were rooting for Qatar was a Korean lady, Merry Lee, who supported Qatar throughout the 2019 AFC Asian Cup and even those held before.

Where will you see the Qatar national football team next?

The team will next be seen at the 2019 Copa America with Japan as it plays in the football tournament as guest nations. It will probably be playing in Group B against football teams like Argentina, Columbia and Paraguay. The team will also be seen at the Confederations Cup in 2021. The team has qualified for these two football championships for the very first time.

How much do you know about the Qatar national football team? Did you learn some new things about the team after reading this article? Do let us know your thoughts in our Comments section. Share and like the article - it keeps us going! 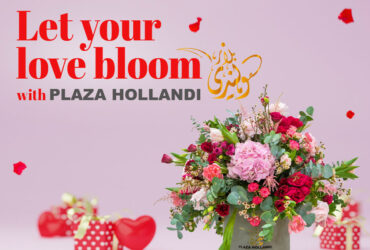 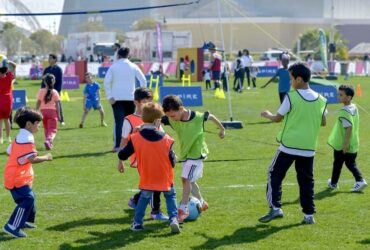