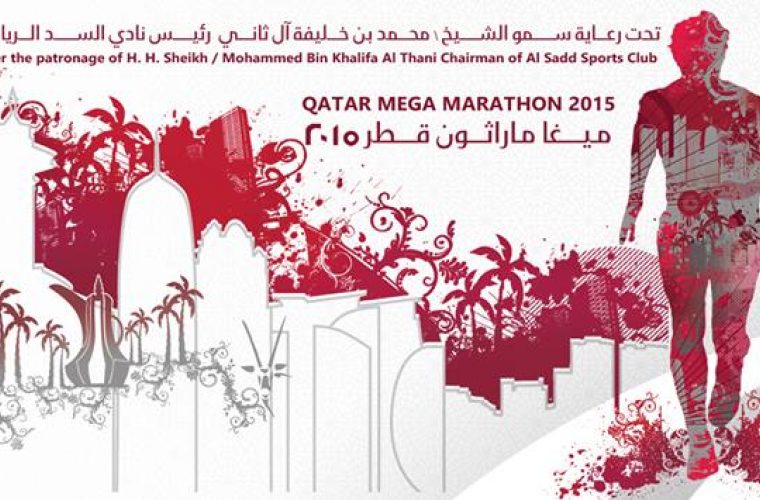 Qatar Mega Marathon 2015, originally set for February 6, has been rescheduled for March 27, at National Day Centennial Road, Al Sadd Sports Club general secretary Jassim al-Rumaihi has said.
Under the patronage of HH Sheikh Mohamed bin Khalifa al-Thani, he said the marathon expects more than 45,000 participants led by well-known international runners.
In a press statement, al-Rumaihi said the size of participation in the event is huge, requiring adequate and exceptional preparations by the
organising committee.
“This sporting event will be the first event to be held in Qatar and the Arab World that targets all segments and all ages of the Qatari society,” he stressed. “The marathon is open to all individuals and groups in the country.”
Al-Rumaihi noted that they want to break the world record with the most runners in a marathon based on the number of participants.
He said organising such a huge sporting event shows Al Sadd Sports Club’s commitment to the vision of HH the Emir Sheikh Tamim bin Hamad al-Thani and to the Qatar
National Vision 2030.
The marathon aims to promote a healthy and active lifestyle especially among the youth, said al-Rumaihi.
The organising committee also vowed to continue working hard for the preparations, physical arrangements and other technicalities to make the event successful.
“Through Qatar Mega Marathon 2015, we are sending a message to the world presenting Qatar’s ability to challenge and create miracles,” he said, adding: “Our goal doesn’t stop at breaking the world record, it is to convey the true spirit of sport, which holds respect of winning and losing, durability, patience and
challenge.”
If the event fails to break the record, he stressed that “the honour of the attempt will be enough.” However, organisers said they will continue to
repeat the attempt.
“I am inviting everyone, all individuals, national enterprises and government institutions to participate in this huge sporting event and to run with Qatar,” he added.
The marathon also aims to encourage participation of young runners and people with special needs to highlight their role in building a healthy and prosperous future for the country.
Organisers said they want to instill the spirit of sharing and volunteering among residents of Qatar.
The start and finish lines will be determined in accordance with the concerned
authorities.
Representatives from Guinness World Records are coming to watch and monitor the marathon.