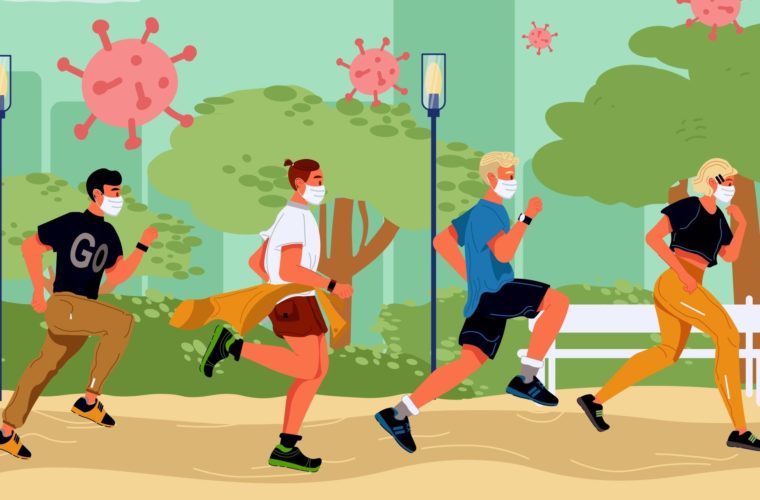 The activities of the 10th edition of the National Sport Day began in response to the Amiri Decree No. 80 of 2011, which stipulated that the second Tuesday of February of every year will be a National Sports Day, which is an event unique to Qatar. It aims to raise awareness of the importance of sports and its role in society and make it an essential part of the daily life of the individual.

Only individual activities are held this year, such as running, swimming and cycling, as sports that require contact and several teams competing in a limited space were not allowed. Additionally, public attendance is not allowed in places of sports activities during Sports Day. This was all according to the plan to re-impose restrictions due to the Coronavirus pandemic in the State of Qatar to prevent further outbreak and ensure the safety of society.

All sports activities are taking place outdoors and indoor sports are prohibited. Additionally, sporting events in schools and clubs were not allowed.

The importance of organizing a Sports Day in the State of Qatar every year comes to raise the status of sport with the moral and human values it represents, educate citizens and residents on the importance of sports in daily life and encourage them to practice it throughout the year, in addition to the many health benefits of sports and exercising.

The State of Qatar celebrated the National Sports Day for the first time in February 2012 after Amiri Decree No. (80) of 2011 was issued. The Decree stated that the second Tuesday of February of every year will be a National Sports Day and a paid vacation, during which the Ministries and other government agencies, public bodies and institutions will organize sporting events for employees and their families to raise awareness of the importance of sports and its role in the lives of individuals and societies.

All State institutions participate in this event, which makes Qatar a large stadium where tens of thousands of citizens and residents from all segments of society practice many types of sports. The State of Qatar is considered a pioneer in organizing a Sports Day at the regional and global level, as some countries began to organize a Sports Day similar to Qatar, given its importance to the individual and society.

Sports Day receives great attention, as this distinguished event is met with the approval of all those who live on the land of Qatar of all ages, citizens and residents, who are keen to spend a special Sports Day in the regions of the country.

This year's National Sport Day is a little different and let's abide by the rules set by the government. Here are all the guidelines with respect to NSD in Qatar.

Want to know what you can do this NSD? Click here: Things to do during Qatar National Sport Day 2021!

MORE: Who's the fittest at ILQ?