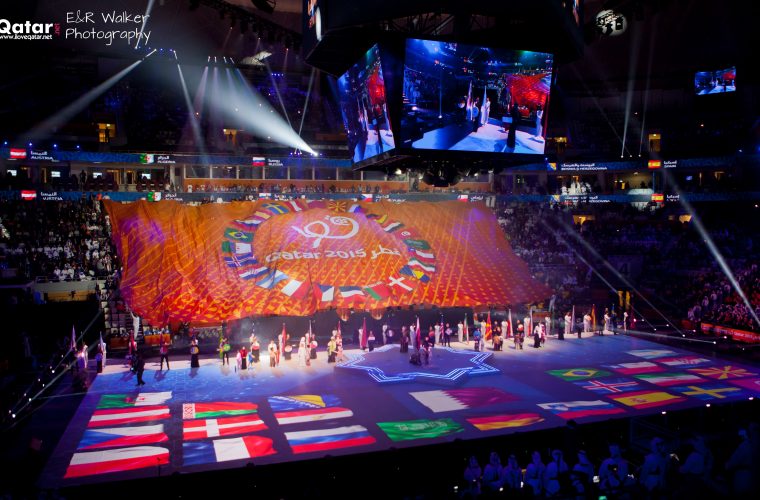 Global Celebration of Music and Colour Draws Crowds of more than 15,000 to the Lusail Multipurpose Hall, Doha, Qatar

The 24th Men’s Handball World Championship began in style, as the Opening Ceremony took place with a global celebration of music and colour. Qatar welcomed thousands of sports fans to the event.

The ceremony was launched by H.H. Sheikh Tamim bin Hamad Al Thani, the Emir of Qatar. It began with the unveiling of a commemorative plaque at the brand new Lusail Multipurpose Hall, which was filled to capacity for the start of the event.

H.E. Sheikh Joaan bin Hamad Al Thani, President of the Qatar 2015 Organising Committee and Dr. Hassan Moustafa, President of the International Handball Federation (IHF) delivered speeches at the event, welcoming members of the international sporting community to the best-ever edition of the Championship and congratulating the State of Qatar for its success.

Months of preparation have led to this championship as Qatar won the bid to host the event four years ago. Since then it has worked in close cooperation with government authorities, the IHF, and, national and international partners to make this vision a reality.

Crowds of local and international handball fans were impressed with the championship facilities and arrangements provided by the Qatar 2015 Organising Committee as the Opening Ceremony exceeded everyone’s expectations.

Paying homage to the host nation, the ceremony commenced as students from schools associated with the Supreme Education Council (SEC) sang the national anthem along with the Children’s Choir of Qatar and joined by the Qatar Armed Force’s Band. A parade of flags followed, representing the nations and teams at the 24th Men’s Handball World Championship.

In what was a true celebration of sport, unity and peace, the audience was treated to special rendition of the official song of the championship, performed live by the 24 recording artists involved in the ambitious project. A first for the Men’s Handball World Championship, the Qatar 2015 Organising Committee has involved music artists from each of the 24 participating countries to create the official song. They were brought together on stage for the very first time for the opening ceremony.

In another first for the championship and a historic milestone for the sport, a new trophy conceptualised and designed in Qatar was unveiled by H.H. Sheikh Tamim bin Hamad Al Thani. It was handed to the International Handball Federation as a rolling trophy for the championship going forward.

Audiences were delighted with other entertainment programmes through the evening. Lights, music and fireworks shows led up to the kick-off of the exciting live sporting action promised to audiences with the opening match between Qatar and Brazil. 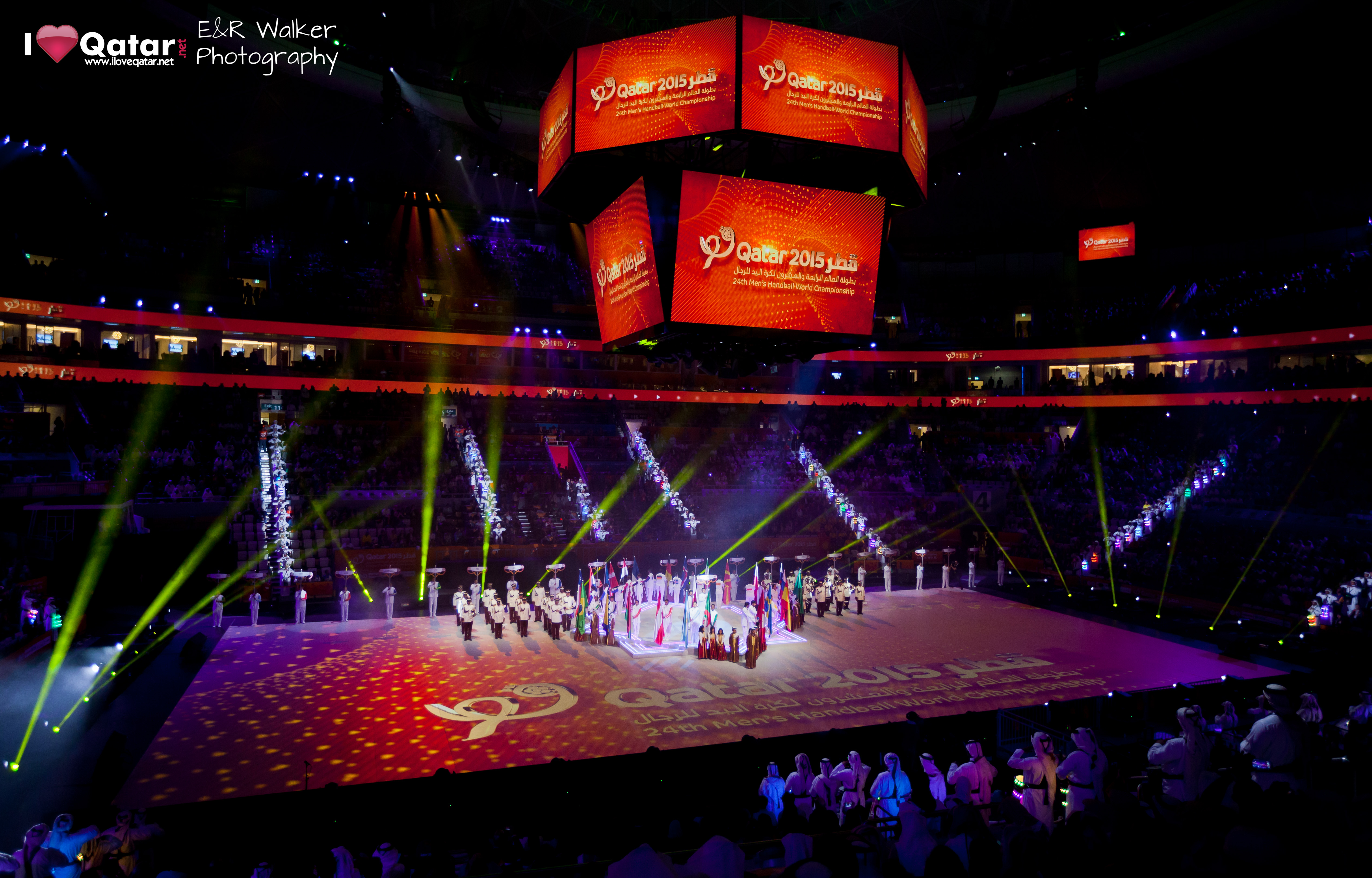 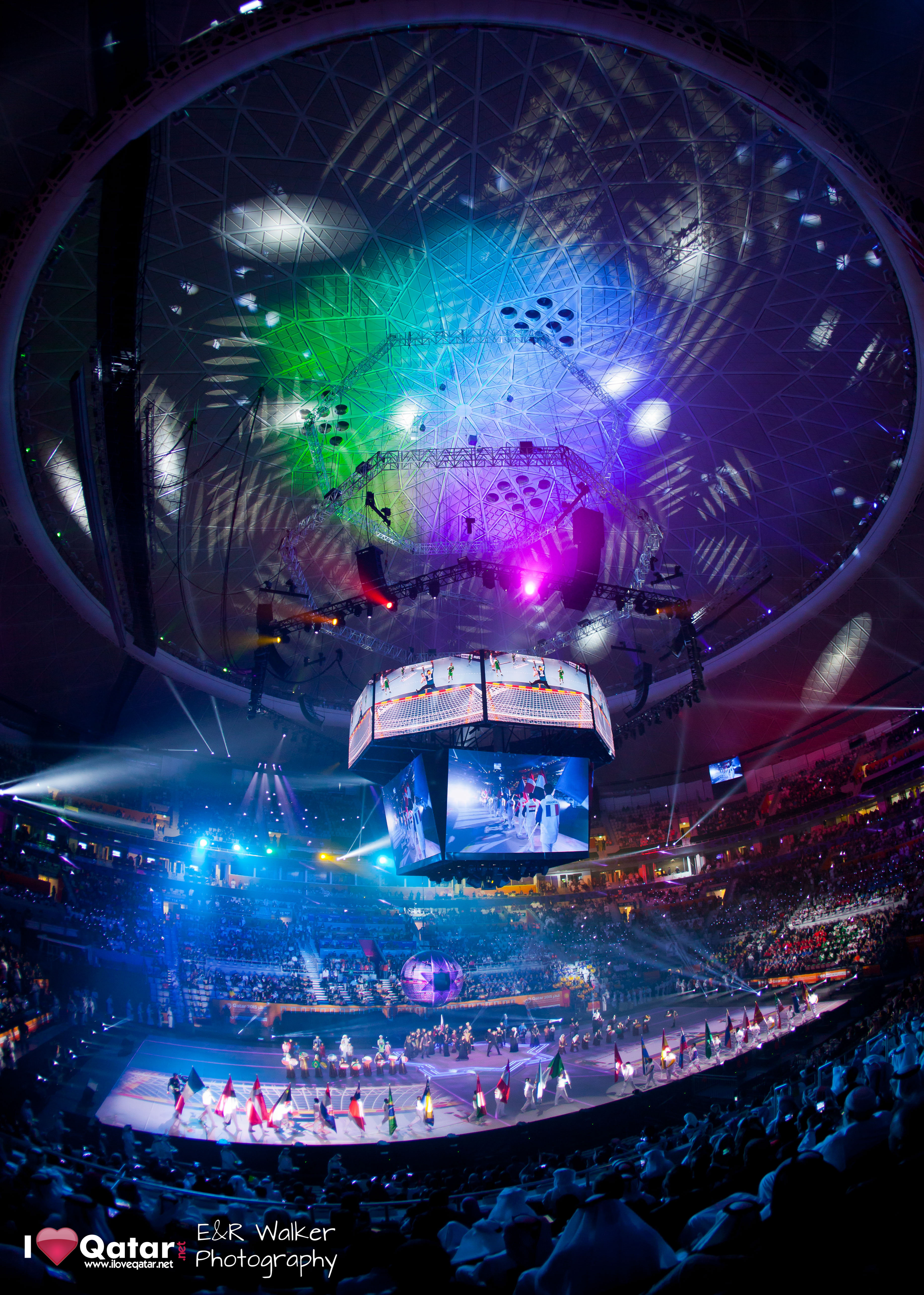