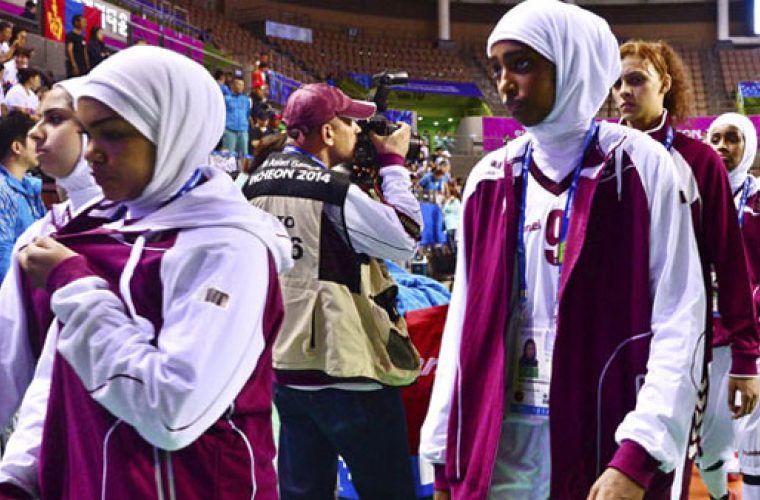 Women's basketball teams at future Asian Games could be allowed to wear hijabs thanks to the stand taken by Qatar's players at the Incheon Asiad, the head of the Olympic Council of Asia (OCA) said on Saturday.

Qatar's women had been asked to remove their head coverings before their opening game against Mongolia last week, but refused to abide by the International Basketball Federation (FIBA) rules banning "headgear, hair accessories and jewellery".

The players opted to forfeit their matches and flew home early from the Games, which are being run under the slogan: 'Diversity Shines Here'.

Basketball is the only sport at the Games which enforces such a rule and OCA President Sheikh Ahmad Al-Fahad Al-Sabah said it went against Olympic ideals of fairness and equality.

"I am upset about the hijab," Sheikh Ahmad told reporters. "The hijab is related to culture, not religion. It has been approved in all sports on the Olympic programme, only basketball (has not)."

Competition at the Asian Games is conducted under the regulations of the sports' international governing bodies, meaning athletes in other sports are free to wear hijabs.

Sheikh Ahmad said the rule had prevented other women's basketball teams from competing at the Games, which end later on Saturday, but added that talks had taken place with FIBA.

"There were some athletes who could not participate at the Games. Qatar, Afghanistan, Iran. They are not participating here because of the hijab (rule), not because they don't have athletes.

"But I think this was the door to solve the problem for the future.

"The good news is that we have already discussed this with the international federation of basketball. And I think we will reach an understanding. They will start it in some club event and they will approve it."

The Sheikh added that he appreciated the work of FIBA and its secretary general Patrick Baumann in helping find a solution to the problem.

The wearing of hijabs has become a hot topic in sport in recent years with Muslim athletes complaining that they are being discriminated against.

Judoka Wojdan Ali Seraj Abdulrahim Shaherkani hit the headlines at the 2012 London Olympics when Saudi Arabia demanded she be allowed to compete wearing a hijab.

While international judo federation rules at the time barred her from doing so, Shaherkani was eventually allowed to compete wearing a modified veil.

If you have anything you want to share with us, send us an e-mail at [email protected]net!