Qatar gears up for the Emir Cup final on Friday 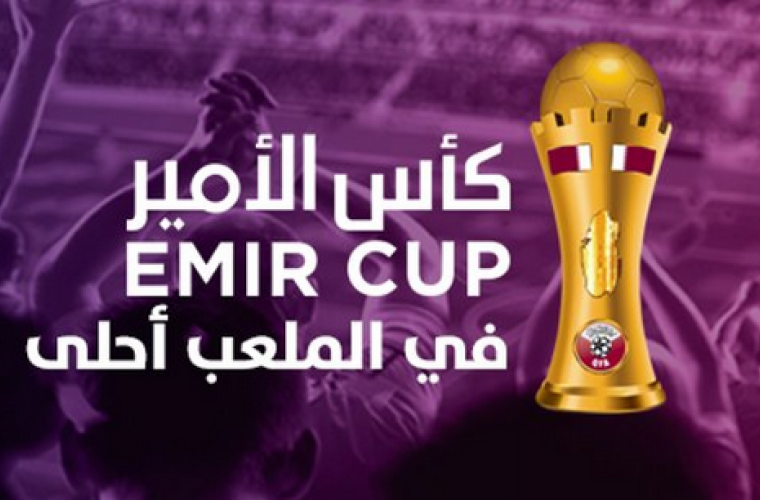 QSL sides Al Sadd and Lekhiwya will face off on Friday evening for a chance to lift the prestigious Emir Cup trophy. Both sides overcame top four rivals in the semifinals and will be eager to lift their first piece of silverware of the season.

Al Sadd is looking to retai n the Emir Cup after lifting the trophy in the 2015 edition of the competition. In the semifinals they edged out Al Rayyan 3-2 in a thrilling contest. A brace from Qatari national team captain Hassan Haydoos and Bagdad Bounjah were enough for Jesaldo Ferriera’s side to claim the famous win.

The Wolves will be looking to the afore mentioned Bagdad Bounjah for goals in this tie. The Algerian forward, recruited in January has made an immediate impact at Sadd and has so far grabbing crucial goals in the Emir Cup. As for Lekhwiya this is the Red Knights last chance for a piece of silverware this season.

After narrowly missing out in the Qatar Cup final, Djamel Belmadi’s side will be looking to make sure they don’t end this season empty handed, in what will be their first ever Emir Cup final appearance.

In the semifinal Lekhwiya came from behind to edge out local rivals El Jaish 2-1. A fine Nam Tae Hee freekick in the first half, along with a headed effort from Mohammed Mussa ensured the win for Lekhwiya. Djamel Belmadi will be hoping that Yusef Msakni will be at his best to overcome Al Sadd in the final.

The Tunisian attacker has been one of Lekhwiya’s standout players this term. He will have to be at his best if Lekhwiya have any chance to lift the famous Qatar Cup trophy. It promises to be an interesting tactical encounter with both sides desperate for silverware when Al Sadd take on Lekhwiya on Friday the 20th of May at Al Sadd stadium, KO 19:00pm.