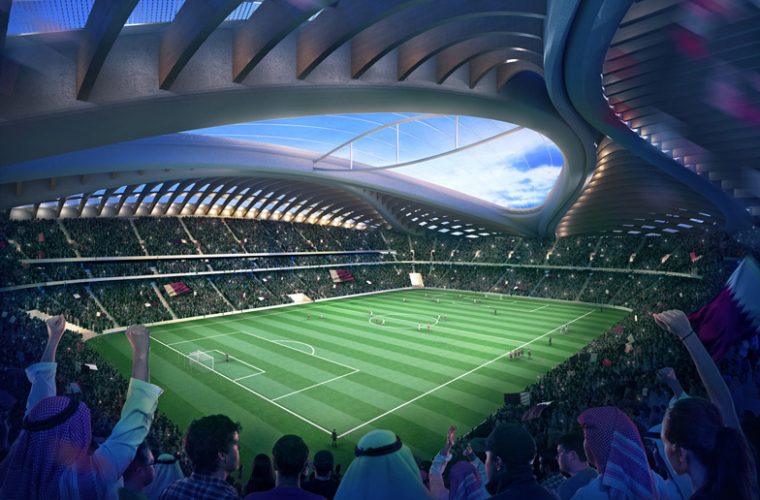 Qatar reduced the number of stadia it plans to build for the 2022 soccer World Cup by a third amid rising costs and delays.

The country, which won the right to host the world’s most-watched sporting event in 2010, plans to build eight stadiums for the event, Ghanim Al Kuwari, the organising committee’s senior manager for projects, said at a conference in Doha on Sunday.

The country originally announced plans for 12 stadia, including nine new playing fields and three refurbishments. Al Kuwari didn’t give a reason for the cut.

Qatar, which holds the world’s third-largest natural-gas reserves, plans to spend more than $200 billion (Dh734 billion) on new infrastructure before hosting the sporting event, including $34 billion on a rail and metro system, $7 billion on a port and $17 billion on an airport. The stadiums will cost $4 billion, according to the ministry of business and trade.

“Their decision was motivated by cost-cutting following an assessment of the real needs on the ground,” John Sfakianakis, chief investment strategist at investment company Masic in Riyadh, said in an email.

“It does always make good sense to do necessary cost-cutting and reviews of capex for such huge projects that are front loaded.”

The Middle Eastern country is facing delays and escalating costs related to the event. Work started later than planned on the metro system and the opening of the new airport is six years behind schedule.

Qatar’s surplus in its 2014-2015 budget shrank by 1.4 per cent, compared with the previous fiscal year, amid a 17 per cent gain in spending on “key projects,” the country’s official Qatar News Agency said last month. The inflation rate will rise to 3.8 per cent this year, Qatar National Bank, the country’s largest lender, said on April 14. It was 2.6 per cent in March, according to government data.

The country was negotiating with Fifa, world soccer’s governing body, to cut the number of venues to eight or nine from the 12 originally planned, Bank of America Merrill Lynch said in an April 2013 note to investors following meetings with the Qatar 2022 organising committee.

Costs will probably exceed the bank’s initial estimate of $95 billion, Alberto Ades, head of emerging-market fixed-income strategy at the bank, said in the note.

In addition to the stadia, 92 training sites will be constructed, Al Kuwari said.

Qatar is preparing to host the World Cup in the month of June and will air-condition all the venues. Temperatures can rise above 50C in Qatar during the summer.

Fifa has said it may move the tournament to the cooler months of the year. Fifa President Sep Blatter said last year that the months of November and December would work best.

Construction has started on the Wakra stadium, while work on the Al Rayan stadium is set to start later this year, or early in 2015, Al Kuwari said.

Qatar plans to award $1.7 billion of road projects in coming months and will tender 20 others in the next two years, Jalal Yousuf Salhi, director of infrastructure affairs at the country’s Public Works Authority, said on Sunday.