Qatar beats Bangladesh and maintains the top in Group E 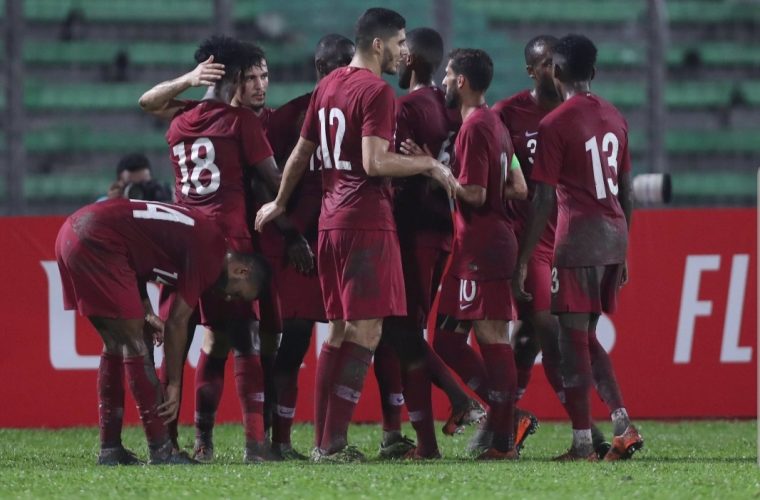 A goal in each half secured Qatar a 2-0 win against Bangladesh in Group E of the Asian Qualifiers for the FIFA World Cup Qatar 2022 and AFC Asian Cup China 2023 at the Bangabandhu Stadium on Thursday.

The win takes Qatar to the top of the standings on seven points, having claimed a 6-0 win over Afghanistan on Matchday One before playing to a goalless draw against India.

It was Bangladesh's second defeat, having lost 1-0 to Afghanistan in their group opener.

Bangladesh came into the match hopeful they could take on the reigning Asian champions Qatar, and Jamie Days side began brightly as they tested goalkeeper Saad Al Sheeb in the first 10 minutes.

Felix Sanchezs Qatar, however, gradually settled in and began to dictate terms as they pushed Bangladesh deep into their own half.

Bangladesh were forced to play on the counter-attack and Qatars persistence paid off 28 minutes into the match with Yusuf Abdurisag breaking the deadlock after Almoez Ali, who received a long-range pass in the box, fed the forward for a finish from close range.

Qatar continued to dominate but a second goal was not forthcoming as the 2022 World Cup hosts took a slender lead into the break.

The West Asians continued to press when the match resumed and Salem Al Hajri came close in the 50th minute when he waltzed into the box but Bangladesh defended in numbers to maintain the scoreline.

Akram Afif replaced Abdurisag in the 68th minute but Qatar continued to struggle to find the second goal.

As the match seemed headed for a 1-0 Qatar win, Afif sidestepped three Bangladeshi players before sending the ball to substitute Ahmed Alaaedin Abdelmotaal and as a melee ensued, Karim Boudiaf slotted the ball home.

Qatar will return home to prepare for Oman on Tuesday, while Bangladesh travels to face regional rivals India.