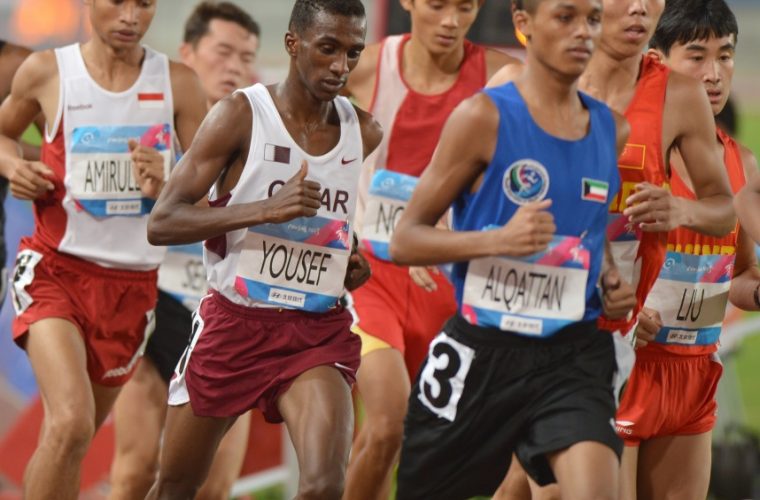 The 23-member team will compete across seven disciplines including Athletics, Shooting, Gymnastics, Equestrian, Table Tennis, Handball and Swimming. With less than two weeks to go until the Games, many of the qualified athletes are already preparing to compete against the most talented young athletes in the world at intense training camps.

Sheikh Saoud bin Abdulrahman Al Thani - Secretary General of QOC, said: “We are extremely proud of all our athletes that are participating at this world-class event. To reach the Youth Olympic Games is a huge achievement and we are delighted to see so many of our country’s talented young athletes going to Nanjing this year.”

“Their places at the Youth Olympic Games are well deserved, and are also testament to initiatives such as the Schools Olympic Program which many of our athletes took part in as an important step on their sporting pathway. Supporting talent from grassroots right through to the elite level is a core part of QOC’s mission and today is a very proud day for us.” the Secretary General added.

The following athletes will represent Qatar in the 2014 Summer Youth Olympic Games:

Rahma Al-Dulaimi, 15, and Nadine Wahdan, 17, will be representing Qatar in gymnastics and both come from a family of athletes. “I practice six times a week and each session lasts between 4 to 6 hours, so I hope this hard work pays off during the Games and I make it to the top 24,” Rahma said. “It’s an incredible feeling to represent Qatar and I hope to push myself and do my best to make my country proud.”

An estimated 3,600 athletes will compete in the Games, ensuring that the competition will be an arduous test of the athletes’ dedication, strength, and focus.

The team’s Chef de Mission, Eisa Al-Harami, said: “To see so many Qatari athletes secure their places alongside some of the world’s leading sporting nations just shows the dedication each and every athlete puts into their quest to be amongst the best in the world. The Youth Olympic Games is an aspirational event for any young athlete, to represent your country on a global stage, and the experience will be invaluable for everyone involved.”

The Youth Olympic Games are an elite sporting event for young people from all over the world. The sports programme is based on that of the Olympic Games, with 28 sports featured on the summer programme.

You can keep up to date on the progress of Team Qatar on their journey through the Youth Olympics at: