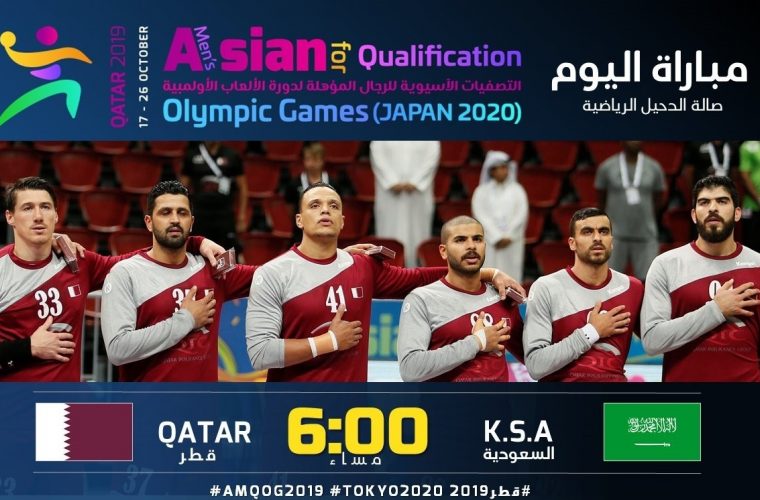 Team Qatar will take on Saudi Arabia in their third match in the Asian Men's Handball Qualification Tournament for Tokyo 2020 Olympics on Monday.

Team Qatar secured their spot in the semifinals after beating Hong Kong and India in their first two matches.

The tournament sees eight teams competing for a single ticket to the Tokyo Games.

The participating teams have been divided into two groups Team Qatar were drawn in Group A alongside Hong Kong, Saudi Arabia and India while the second group includes Bahrain, South Korea, Iran, and Kuwait.

While the champions of the tournament will receive a direct qualification for Olympics, the second-placed team will have to compete in the play-offs next April. It is the second time in a row that Qatar is hosting the Asian Men's Handball Qualifiers for the Olympic Games.