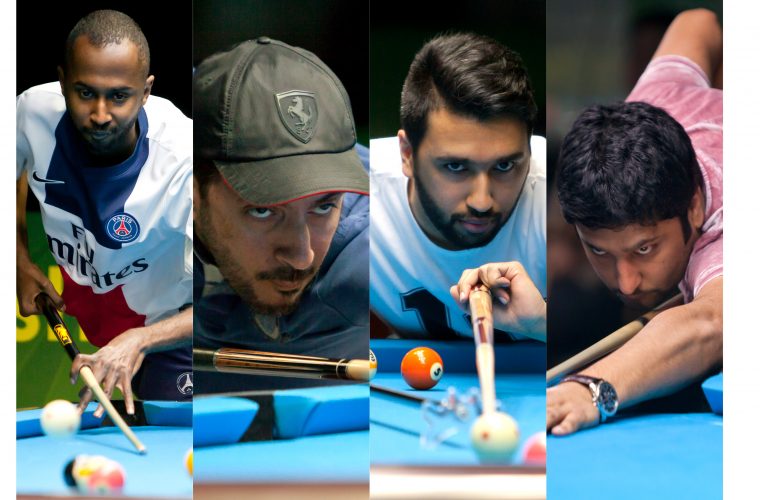 6th April 2015 – Today was Day 3 of the 3rd Round of the Qatar 9-Ball Open Ranking Tournament, open to all recognized Qatar based players considered to be playing at a professional level (with the exception of the Federation’s own pool coaches). The top 8 ranked players following this round will go through to the final round robin stage taking place 12th and 13th April.

Today at the Qatar Billiard and Snooker Federation, the final 12 battled it out for the 4 semi-final spots. All 8 seeded players had made it through from the previous days but for some this would inevitably come to an end. First up were 8 players seeking to qualify for the 4 remaining quarter final positions, 2 Filipinos and 6 Qataris. Taher received a bye with Junior Player Mohd having other commitments. Ali Al Obaidy made quick work defeating Abdullatif and both Filipinos fought hard to win through to the quarter finals.

Ali Al Obaidly 9 – 3 Abdullatif Al Fawal
Jonathan Hermoso (PHI) 9 - 6 Khamis Al Obaidly
Taher Hussain 9 - x Mohd Saeed Al Ali
Benjie Gutierrez (PHI) 9 - 6 Ali Saeed Al Ali
At 7pm the quarter finals commenced with World ranked No. 19 Waleed Majed and "World Cup of Pool" playing partner Basher Hussain as strong favorites to progress through to the semi-finals. However, Basher was unfortunate enough to draw his brother, who gave him some tough competition to level the scores at 7-7 at the break, the next 2 racks were also shared, with the final frame decided with a run out by Basher to produce a bitter sweet victory over his brother. Similarly Frederick and Ali were having a similar battle level at 7-7 going into the short interval with Ali returning to clinch the last 2 racks to go through to the semis.
On the other half of the draw Mohd dominated the Filipino Benjie, being 7-1 at the break and rapped up the match with a 9-2 victory. In the other match Waleed had made a 3 point lead 7-4 into the intermission, however, Jonathan fought back strongly to level the scores at 8-8. The deciding rack was nailbiter but Jonathan missed the final long 8-Ball along the rail to the corner, to the gasps of the spectators and the generously handed the match to Waleed.
Quarter Final Results
Basher Hussain 9 - 8 Taher Hussain
Ali Al Obaidly 9 - 7 Frederick Manzanilla
Waleed Majed 9 - 8 Jonathan Hermoso
Mohd Binali 9 - 2 Benjie Guitierrez

Semi Finals and Finals will be played tomorrow Tuesday 7th April 2015 semis at 17:00 and final at 18:30 at the Qatar Billiards and Snooker Federation. QBSF location map. 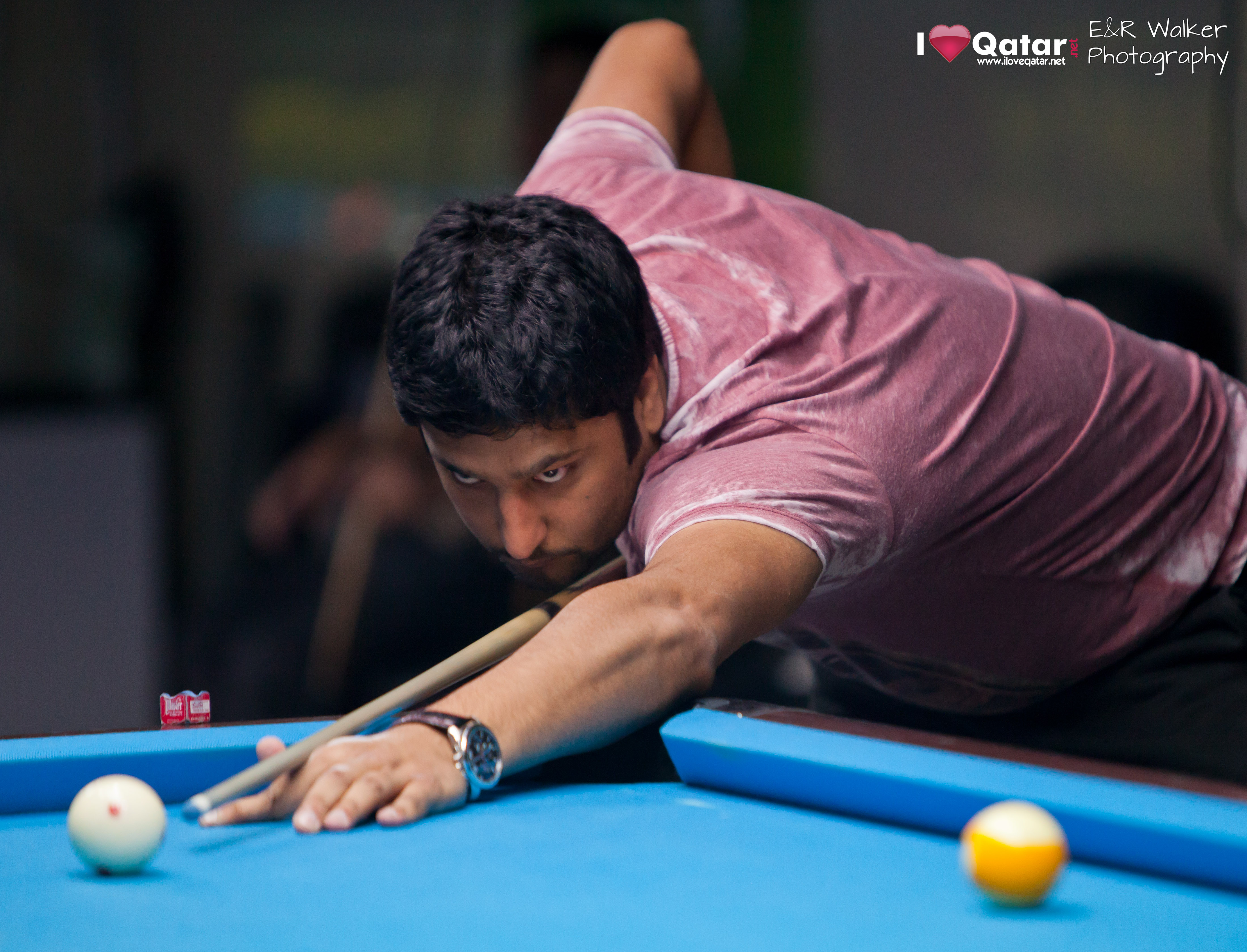 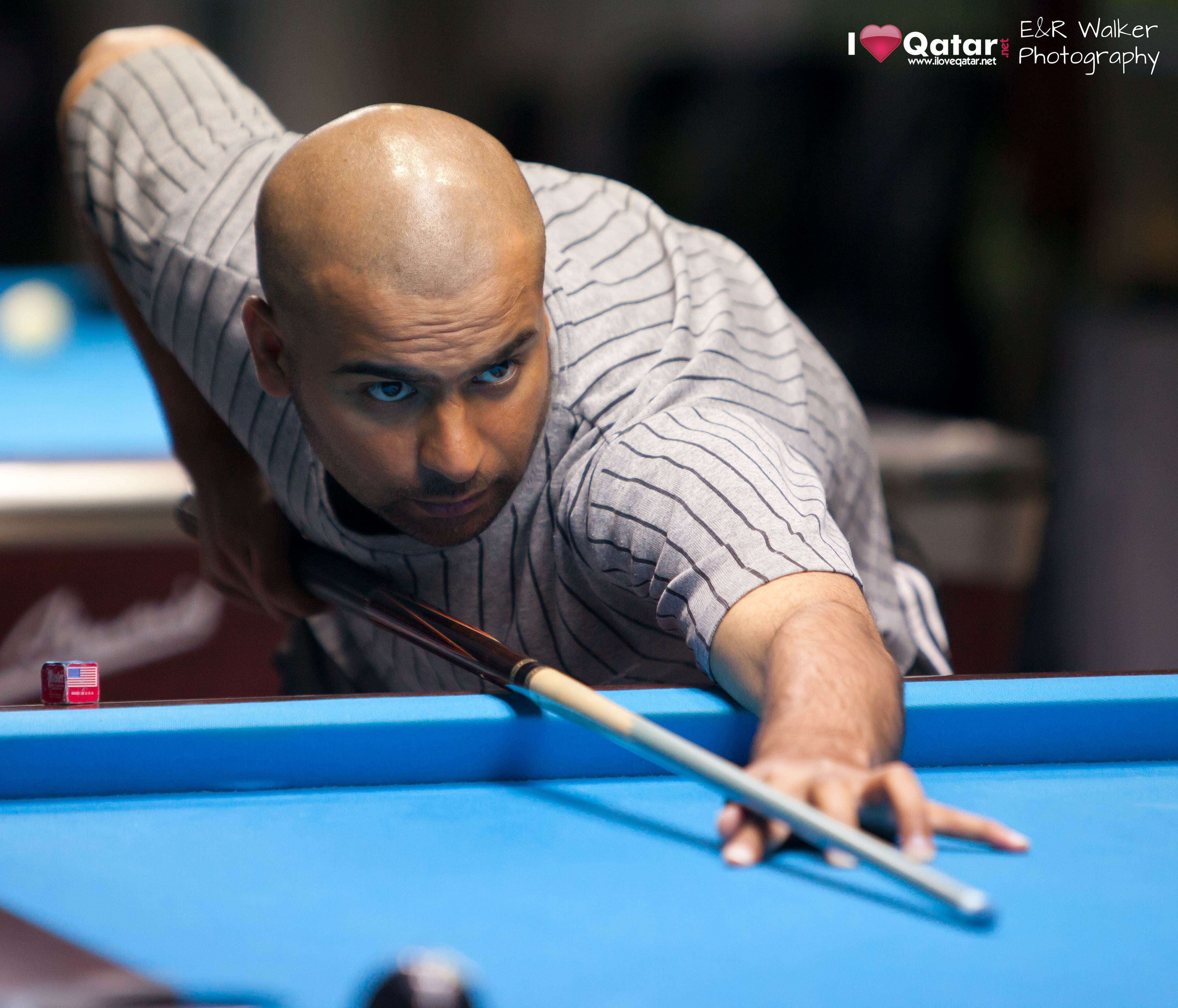 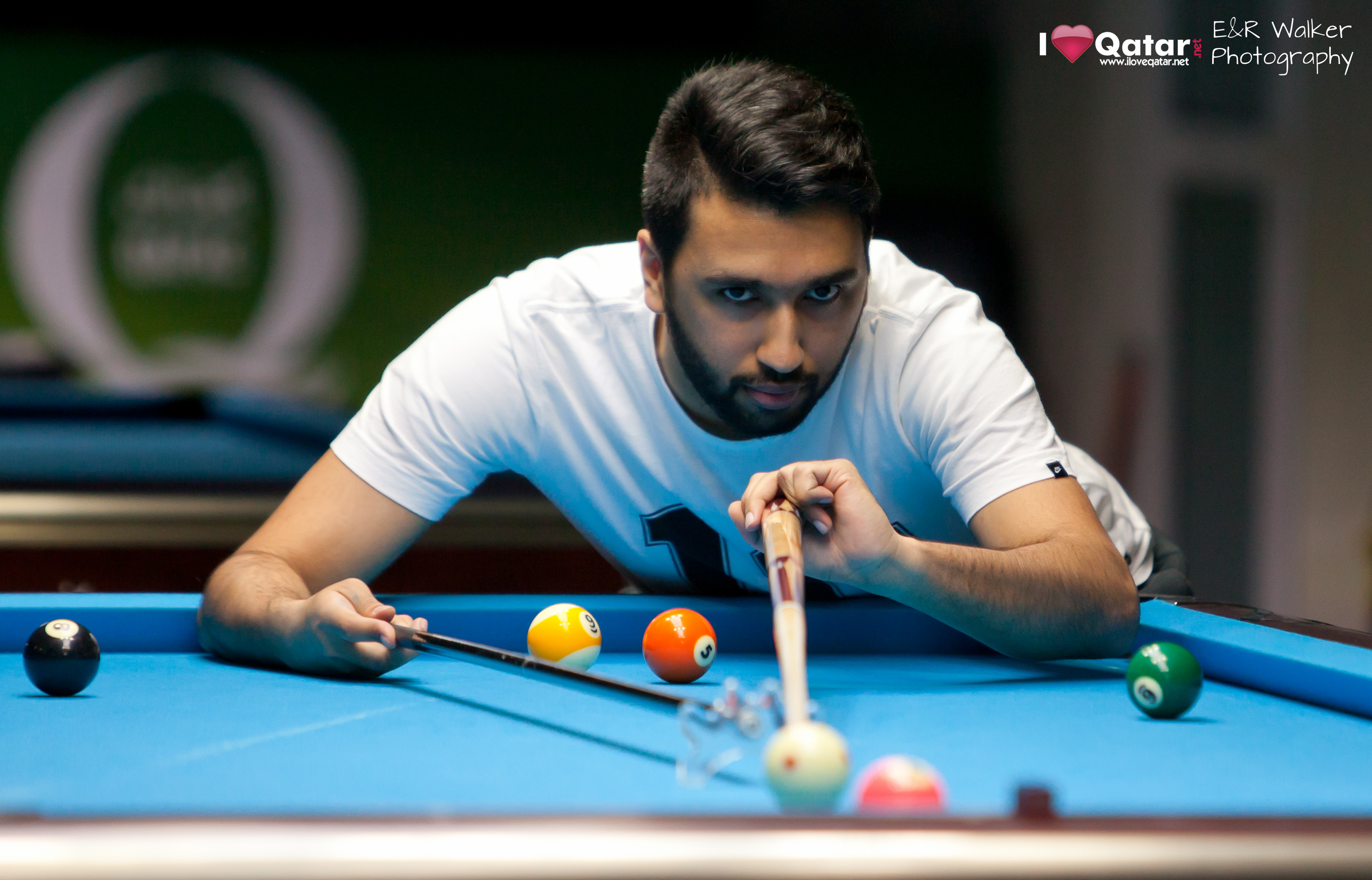 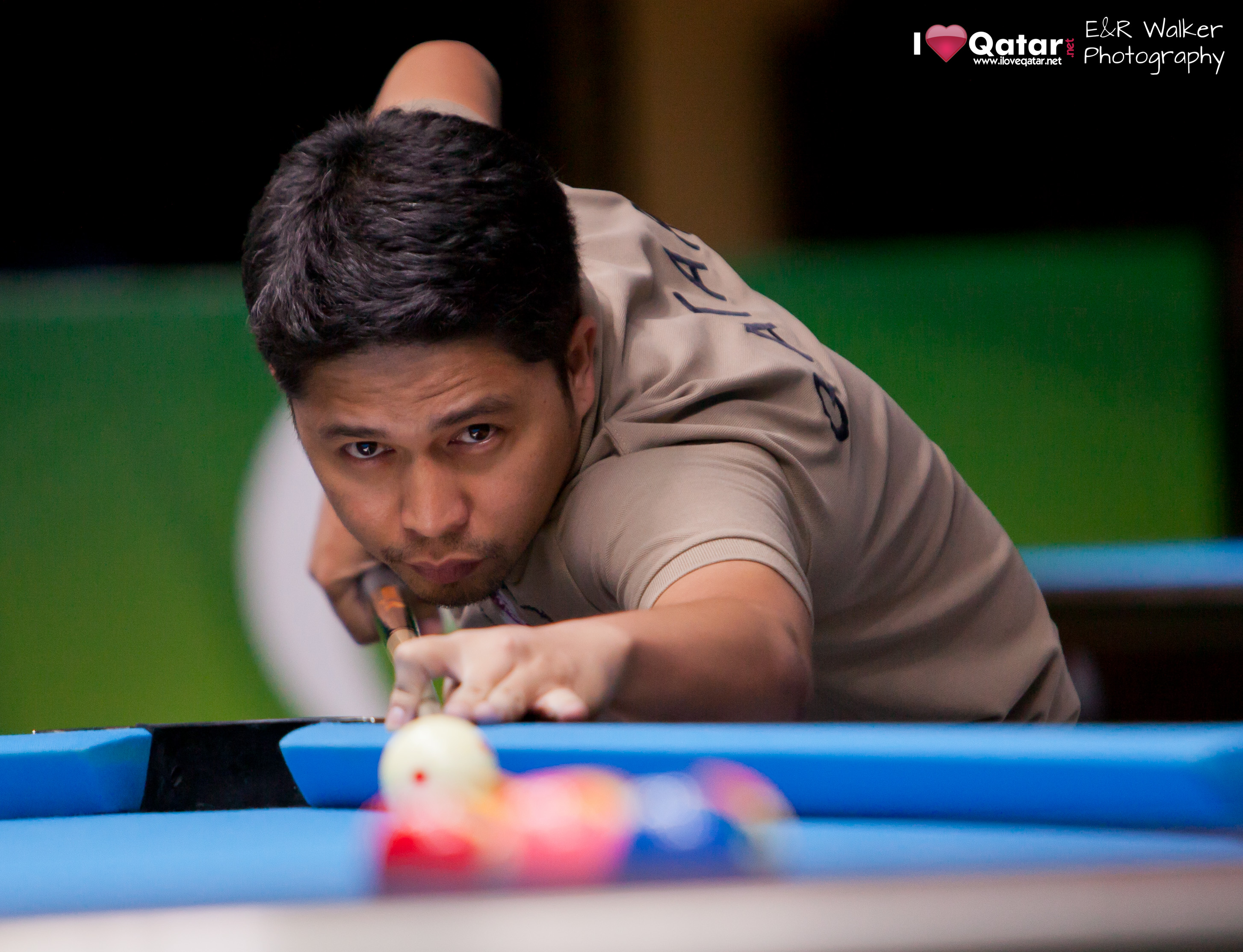 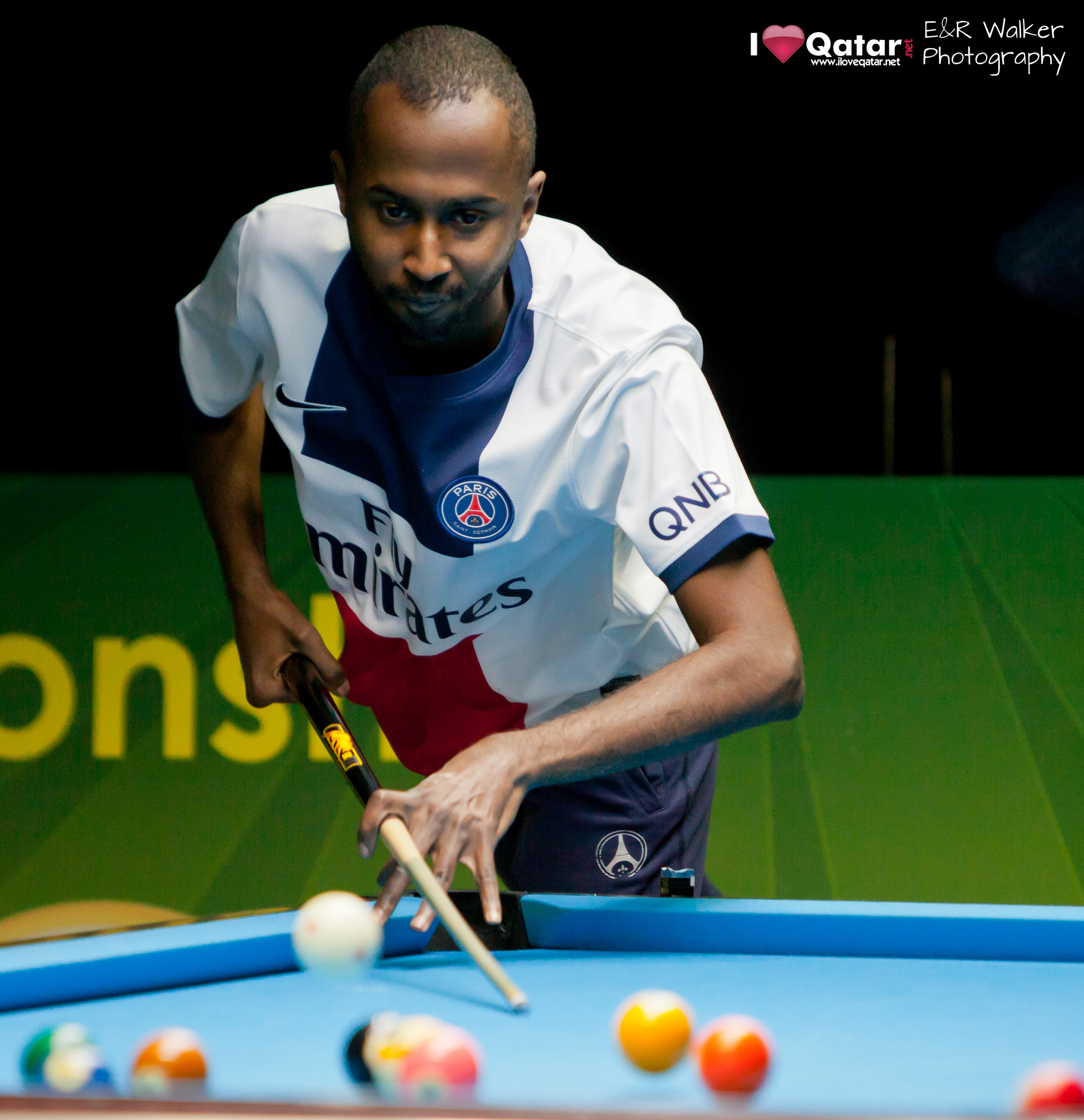 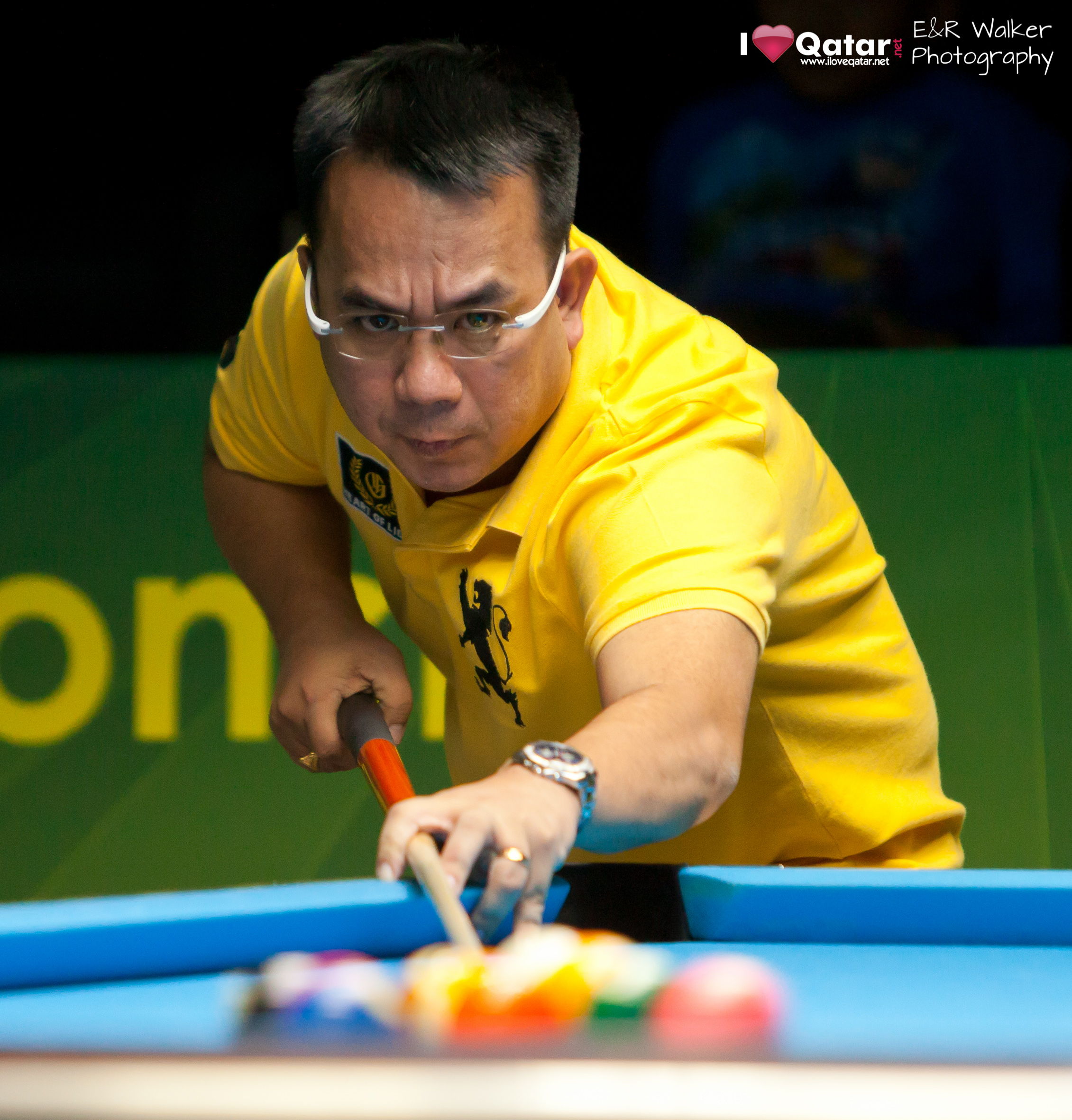 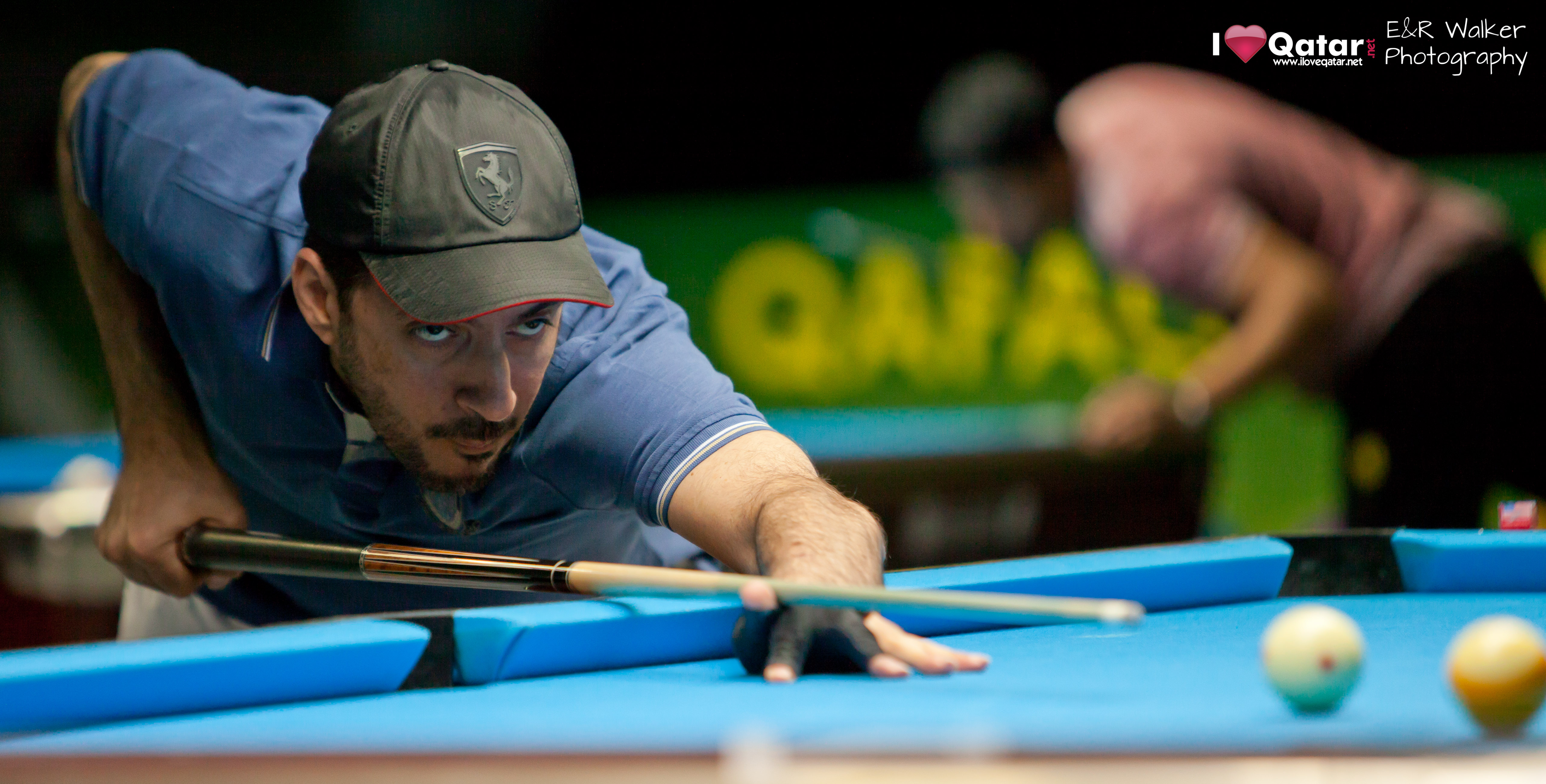 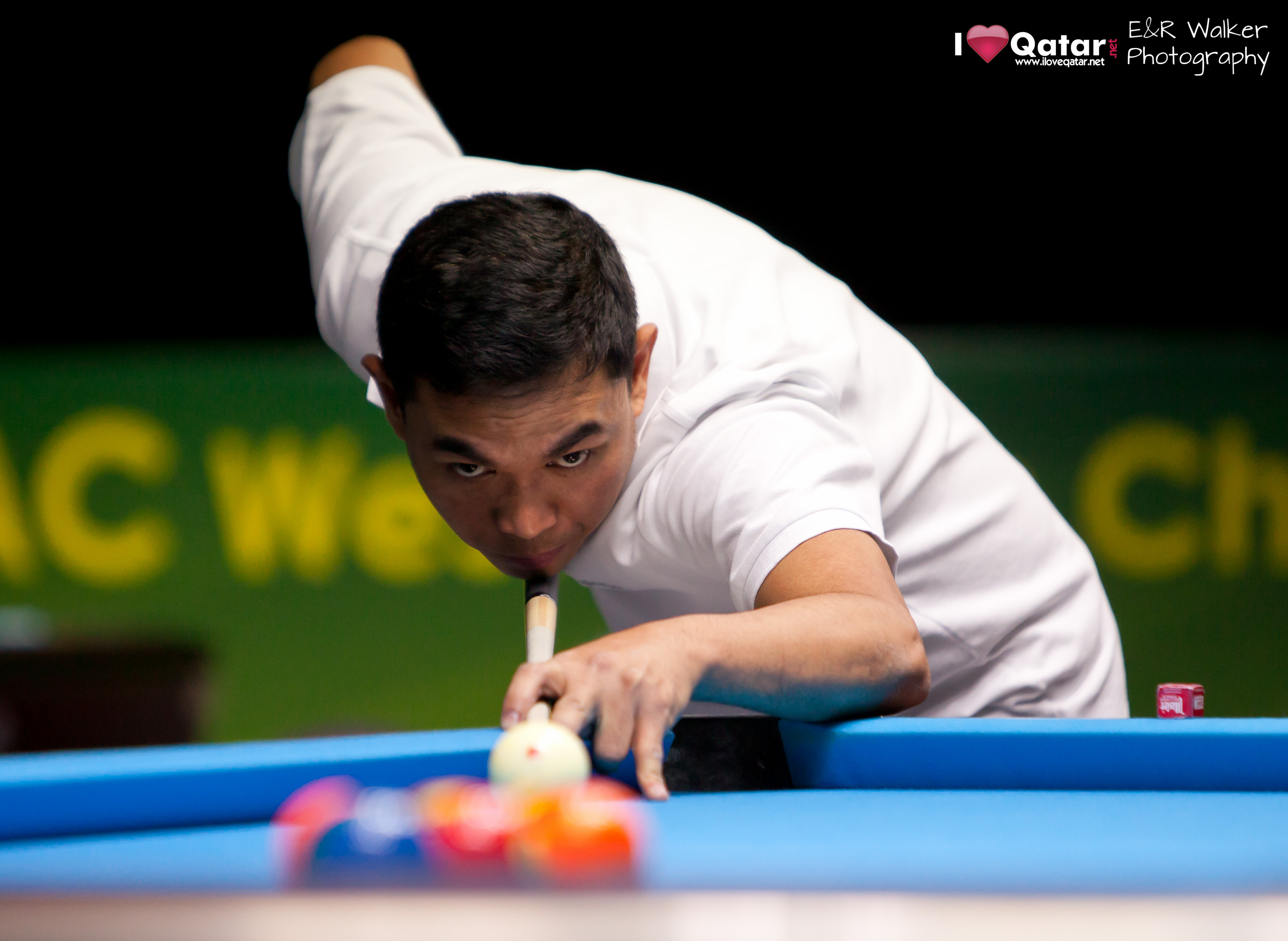