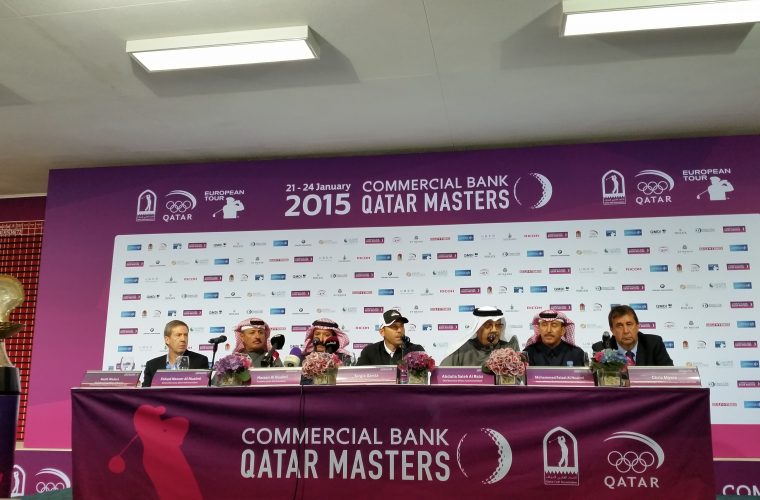 One of the key points raised at the Press Conference was the fact that Commercial Bank today announced a three-year extension as title sponsor of the Commercial Bank Qatar Masters, one of The European Tour’s marquee global events with a US$2.5 million prize fund.

Commercial Bank is this year marking its 10th year as title sponsor of the event, from 2006, and announced its latest extension with the Qatar Golf Association on Monday. The new agreement will cover title sponsorship from 2016 through to 2018.

The 2015 Commercial Bank Qatar Masters begins on Wednesday at the magnificent Doha Golf Club, which has hosted the event since its inauguration in 1998.

“We have worked for a decade with our partners including the Qatar Golf Association, Qatar Olympic Committee, The European Tour and Doha Golf Club to help establish the Commercial Bank Qatar Masters into one of Qatar’s greatest sporting spectacles and our continued support is part of our commitment to the Qatar National Vision 2030. Based on Commercial Bank’s simple but powerful promise that ‘everything is possible’, we look forward to the tournament’s future with ambition and confidence.”

Sergio Garcia defends his title this week and is among a host of famous stars to lift the Mother of Pearl Trophy over the past 18 years, including Henrik Stenson, Ernie Els, Retief Goosen, Thomas Bjørn and two-time winners Adam Scott and Paul Lawrie.