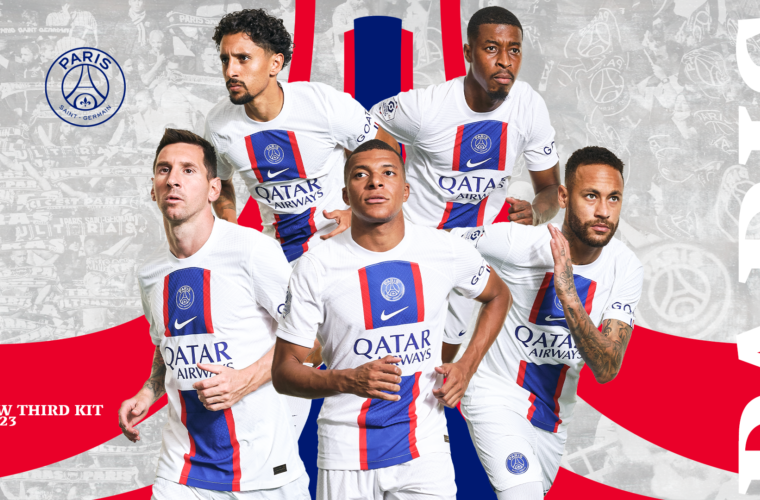 Designed as a contrast to the home shirt unveiled in June, the Parisian Third kit draws on one of the club’s most emblematic shirt designs. For the first time, the white shirt has a vertical blue band down the middle, edged in red. As has been the case for the last few seasons, the shirts worn by Paris Saint-Germain’s players and supporters are made using 100% polyester from recycled plastic bottles.

This new shirt will be worn by the men’s football team and completes the club’s kit for the season, after the unveiling of the Home kit in June and the Away kit in July.

A new range of technical and lifestyle clothing is being released at the same time as the Third kit. It is made up of 50 pieces, including several hoodies bearing the slogan “We are Paris” as well as t-shirts, jumpers and a bomber jacket in “saturated neutral” colours.

Paris Saint-Germain’s 2022-2023 Third kit is available now, from its Authentic or Replica shirts to the full lifestyle and training collections, in PSG Store at Villaggio mall and HIA.