Over 200 Team Qatar athletes, 29 of them female, set to raise Qatar's flag high at Asian Games 2018 in Indonesia 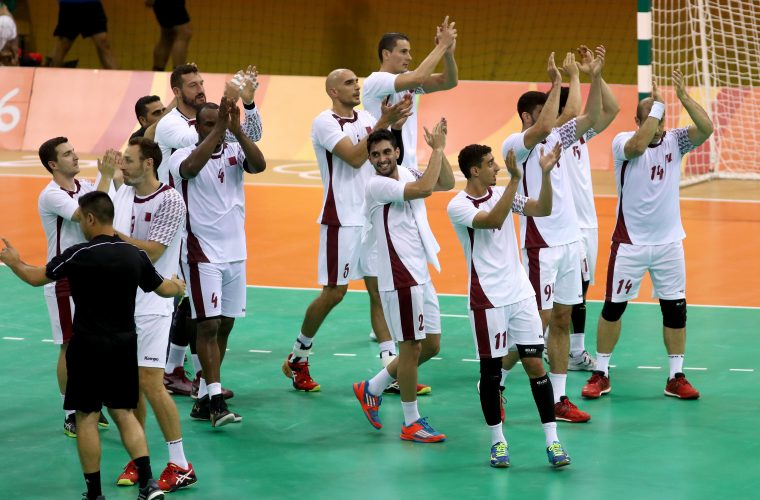 The 18th edition of the Asian Games will be held in the Indonesian cities of Jakarta-Palembang from August 12 to September 2 and will see 222 athletes proudly represent Team Qatar.

Team Qatar will be represented by 20 National Sport Federations and will compete in 30 events and disciplines at the Asian Games 2018. They will also compete in two new sports for the first time in Qatar’s Asian Games history, including 3x3 basketball and air sports.

Showing his support to Team Qatar at the Asian Games 2018, H.E. Secretary General of the Qatar Olympic Authority (QOC) Mr. Jassim Al Buenain said: “With the directions of HE Sheikh Joaan bin Hamad Al Thani the QOC President, we are committed to always support our National Sports Federations in delivering the appropriate environment for our athletes to train and achieve excellence, as this is a key strategic goal for the QOC.”

He added: “Qatar is a nation passionate about sport and we strongly believe in the power of sport to unite, inspire, empower and educate people of all ages and abilities. The 2006 Asian Games has been a catalyst for Qatar’s sport development. Hosting the Games in Doha holds a special place in our hearts. Today we stand behind our athletes and confident that they will make us proud. We hope that their success will inspire young athletes in Qatar to follow in their footsteps and one day represents Team Qatar.”

The diverse and ambitious team includes 29 females who will take part in new and exciting sports, everything from shooting to taekwondo. Team Qatar forms a strong team with over 890 previous achievements from winning Olympic medals, to claiming Asian champion titles and are eager to return home with even more medals. The team will be led by His Excellency Sheikh Joaan bin Hamad Al Thani the President of the Qatar Olympic Committee.

On his medal prediction and hopes for Team Qatar, Al Buenain said: “It is with no doubt that our athletes at the Asian Games 2018 will be holding a huge responsibility to showcase the Qatari sport at its best. The Games act as a great opportunity for our athletes to shine and gain wonderful experiences. Wishing them all the best of luck at their competitions.”

Team Qatar athletes have received an outpouring of public support in response to a new ‘I am Qatar’ campaign recently launched across its digital platforms as part of the exciting build up to Asian Games 2018 Jakarta-Palembang. To celebrate Qatar’s continued emergence onto the world stage of sport the inspirational ‘I am Qatar’ campaign was introduced by an energetic short film produced by Al Kass Sports Channels featuring some of the prominent Team Qatar athletes in different sports.

Commenting on the remarkable response to the ‘I am Qatar’ campaign, Sheikha Asma Al Thani the Marketing and Communications Director at the QOC, said: “We hope the ‘I am Qatar’ campaign brings everyone together to support our athletes at the 2018 Asian Games. Our athletes represent everything that Qatar stands for. We are extremely proud of them and we want them to feel the support of the entire community. When they compete in competition they compete for us all.”

Team Qatar competitions will begin with the handball team who are looking to defend their Asian Games 2014 title. The team will play against Malaysia in the preliminary round tomorrow (August 13), 5 days ahead of the Opening Ceremony.

Are you looking forward to the 2108 edition of the Asian Games happening next week in Indonesia? If your answer's yes, then in what way are you planning to support Team Qatar? Drop us a line in the comments below and also, don't forget to like and share this article—it keeps us going!