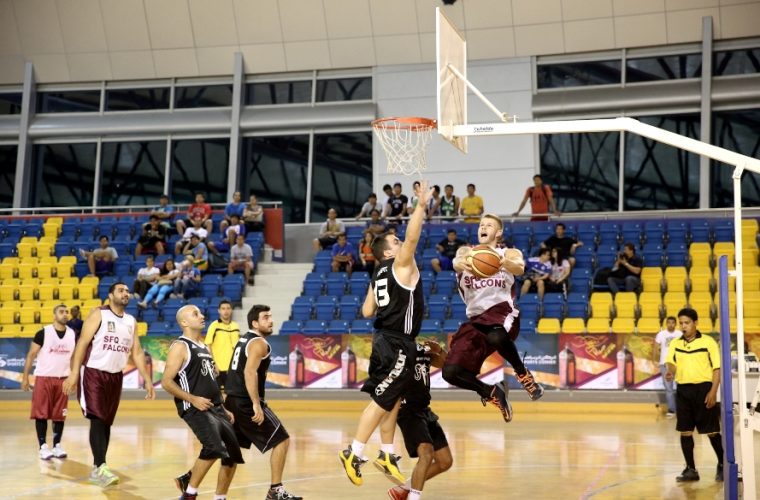 An action-packed programme of activities kicked off the Ramadan Sports Festival on Wednesday, as hundreds of Doha residents descended upon Aspire Zone to join in the fun. A total of five entertaining sporting events were staged during the opening evening, with all members of the community invited to take part.

One of the night’s most popular activities was a men’s basketball tournament, hosted at Aspire Dome, in which 12 amateur teams participated. Youth basketball coach Elhadji Abdou Corea Sow was among those competing as team captain of local amateur side ‘The Ballers’. Just hours after breaking his fast, the 27-year-old Senegalese player contributed to his team’s victory against local rivals J Gwincrap.

Commenting after the game, Elhhadji praised the festival as “a fantastic opportunity” to continue physical exercise during Ramadan, and said: “The atmosphere of the entire evening was unbeatable, and the basketball tournament itself was so much fun. It is great that Aspire Zone is hosting these events because they give you a real incentive to keep active during a period in which sport can obviously sometimes be difficult to fit into your schedule.”

Aspire Zone Federation (AZF) is providing events for the whole community to enjoy during the Holy Month, including the Ramadan Sports Festival which will take place over several nights until July 15. Also being staged on Wednesday evening were football matches, trial sessions for a combined swimming and running event, and a hugely popular ladies handball tournament. 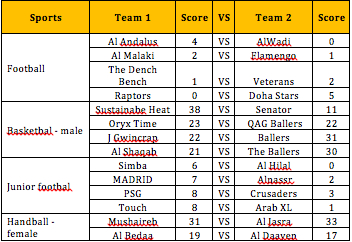 Fifteen-year-old Qatari schoolgirl Sameera Abdulla Al-Abdulla was one of many who took part in the handball competition. A keen player for the past three years, she lined up alongside her friends for local team ‘Al Daayen’ - and family loyalties were temporarily put to one side.

“My older sister is also competing tonight in the competition, but for another club,” Sameera revealed. “It’s great being able to do something together as a family, but I do hope my team wins.”

Also taking part in the festival’s opening evening football tournament was 48-year-old Qatari Mohammed Al Dosari, an officer in the Ministry of Defence and team captain of local amateur football team Al Wadi. A former professional track-and-field athlete, Al Dosari clearly enjoyed himself, despite his side’s 0-4 defeat to local rivals Al Andalus. “Although we were beaten, to see so many members of the community here during Ramadan was a fantastic experience for me tonight,” he said. “This festival has proven yet again that it is possible to continue exercising even during the fasting month and I am really grateful that Aspire has organised such a great collection of free events for everyone to enjoy.”

The Ramadan Sports Festival is a community-focused event and an example of Aspire Zone Foundation’s year-round commitment to encouraging healthy and active lifestyles among the residents of Qatar. For more information and to register for any of the upcoming events, please visit www.lifeinaspire.qa