Noah Al-Khulaifi set to be the youngest ever Qatari Olympian 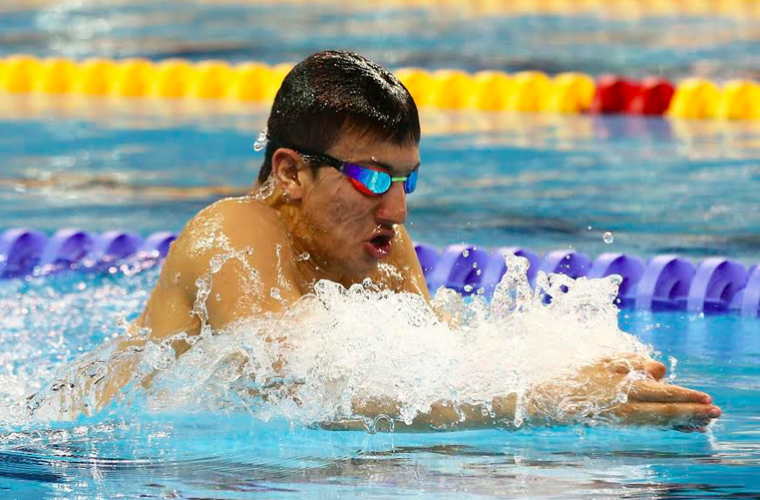 In less than three months, 17-year-old Qatari swimmer Noah Al-Khulaifi will head to his first Olympic Games in Rio de Janeiro, making him the youngest ever Qatari Olympian. While a great achievement itself, qualifying to the Olympics at such a young age is not the only thing exceptional about the teenage swimmer star. Al-Khulaifi shares his outstanding story ahead of the Rio 2016 Olympics in a new ‘Olympic Dreams’ film series found exclusively on the Qatar Olympic Committee’s (QOC) social media channels http://bit.ly/1scLLKY

South America’s first-ever Olympic Games will see over 10,000 athletes from 206 countries compete in Rio de Janeiro. A global TV audience of 4.8 billion will unite through a shared celebration of Olympism as they witness the very best of athleticism, drama and endeavor. Amongst them will be the biggest team Qatar has ever sent to an Olympic Games since their debut in Los Angeles 1984. Thirty four athletes will compete across six sports – athletics, swimming, shooting, handball, equestrian and table tennis.

As they finalise their preparations to compete in the most important competition of their young lives, the QOC has launched a #YallaQatar campaign across its social media channels to encourage the whole nation to get behind Team Qatar’s athletes and celebrate their incredible feats. The Olympic Dreams film series will profile each team and athlete, and explore the highs, lows, motivations and dreams of Qatar’s Olympians on their journeys to Rio.

The eldest of a trio of brothers – all of whom are talented swimmers – Al-Khulaifi joined the national team at the age of eight after finding his love of the water:

“I really like the feeling of the water. I like the way you can control it and you can control your body through water. It’s an amazing feeling and that’s why I chose to do swimming,” he said, adding, “They used to call me Fish.”

A little fish no longer, Al-Khulaifi has dominated GCC swimming competitions, setting 14 GCC records in the process, with the full support of his family and friends. Some of his records were broken only by his younger brothers Yacoub, 15, and Yousef, 11, which only spurs Noah to excel:

“In any athletic endeavor when you have a brother or sister competing with you it really changes the way it works. And it helps a lot because you can’t get lazy or back off training because you know you have someone right behind you - so it really helps me push myself.” Al-Khulaifi said.

The young swimmer credits his massive success to his family’s unquestionable support and care – both of his parents make an effort to attend even his daily training sessions: “the support really helps because you know that there is someone there who really cares,” he said.

While only one year away from graduating from the Qatar Academy, Al-Khulaifi trains tirelessly, more so now with Rio 2016 around the corner:

“In terms of training we have 10 swimming sessions as well as four gym sessions. So for the swimming sessions, we do four in the morning and six in the afternoon. All of the training is geared towards building a complete athlete.”

Al-Khulaifi walks a fine line to balance his school commitments with his training; with as little as two hours of free time a day, he must dedicate time for his studies before and after training as well as during school hours.

As the youngest member of Team Qatar heading to Rio 2016, Al-Khulaifi will focus on gaining incomparable experience that can only be attained at the world’s greatest sporting event, as well as attempt to set personal best times thereby building towards the Tokyo 2020 Olympic Games – where he hopes to be on the podium:

Noah is passionate about swimming and says it benefitted his overall health, as well as mental focus and concentration. His main motivation however, is to win: “My main motivation in swimming is the feeling when I win, or when I do a really good time or when I achieve something – it’s a really amazing feeling and that’s really what motivates me and keeps me driven.”

A firm believer in the power of sport to transform lives, Al-Khulaifi wishes more young people would take up sport, but not necessarily swimming:

“If I was trying to encourage young people – it wouldn’t be to take up swimming it would be to take up any sport. Because I don’t think you should push someone to take up a sport they don’t want to. They should try everything and see what they’re good at and persevere.”