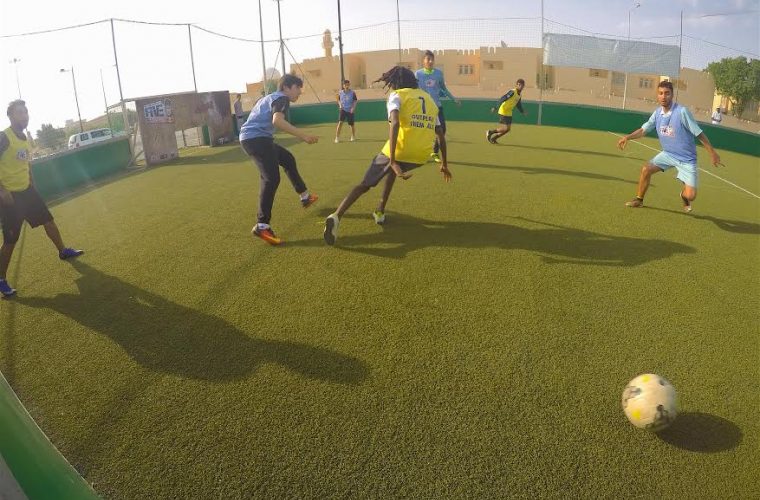 For the second year in a row, the love for “The Beautiful Game” is gathering amateur football players in Qatar, between the age of 16 and 25 to compete Neymar Jr’s international five-aside tournament: Neymar Jr’s Five! Six qualifiers were held in the last 4 weeks at Education City and Al Sadd Club, which qualified a total of sixteen teams. These teams will compete in the national final, scheduled on Friday 7th April 2017 at Aspire Park – Opposite Al Forousiya Road, in Doha.

The winning team will represent Qatar to compete against the winning teams from 53 countries during the world final in Brazil, which will take place later this year at Instituto Projeto Neymar Jr.

There’s more to it…The grand prize for the crowned world champion team is: Meet Neymar Jr in Barcelona, Spain and be his guest at the famous Camp Nou for a match of FC Barcelona!

In 2016, FC Skyber team was the national winner who travelled in July 2016 and participated in the world finals.

Neymar Jr's Five is the world's first and only Neymar Jr's signature football tournament going into its second year in 2017.

Visit www.neymarjrsfive.com to keep up with the action and know more about the tournament!