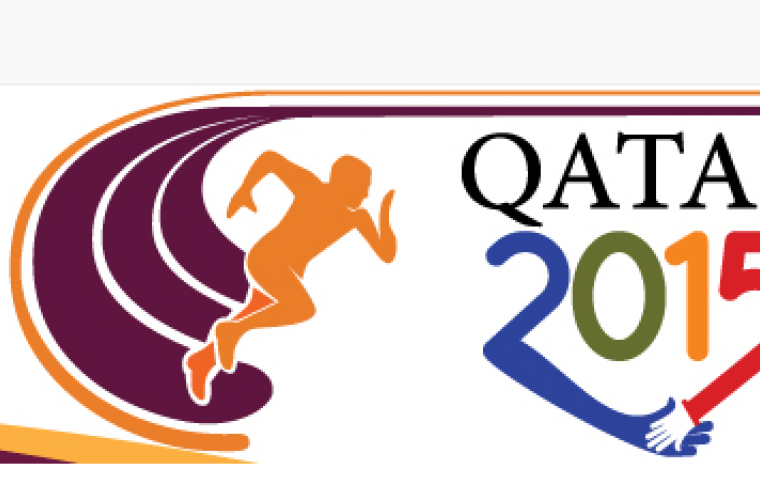 When nature roars, humans are starkly reminded of how exposed and vulnerable they can be, regardless of their technological advances and irrespectively of their skin colour or personal beliefs. In a sudden twist of fate, people – individuals, thousands, a whole nation - may lose all their personal belongings, their means of sustenance, their entire livelihoods. In Nepal, just weeks ago, a whole nation was abruptly hit by a merciless earthquake of massive magnitude which took the lives of thousands and forced hundreds of thousands to evacuate their homes and seek refuge in the countryside. Of those who had to flee, many still remain homeless, with no realistic hope for a swift return to their previous daily life.

Kathmandu resident Sangita Khadka, one of Nepal’s only three athletes competing at the 1st Asian Youth Championships in Doha, was lucky to have escaped the direct implications of this carnage; however, she had to deal, as most of her compatriots, with the post effects of the quake.

“I was lucky to survive but so many of my relatives, people I know and thousands others either were gone,” laments the runner. “The survivors face a daily struggle to build up their lives again, quite literally from scratch and with meager means at their disposal.

“I don’t think there are words powerful enough to describe what has happened in Nepal and depict the current situation in my country. Only those who were there and experienced that great disaster truly know how it felt and how it still feels like.”

While Khadka narrates the frightening, agonizing moments during the earthquake hit, it is obvious that the untold tragedy still haunts her dreams.

“I was so scared, like never before in my life. After the big shock of feeling the ground endlessly shaking, we instinctively ran outside to find an open area. We spent the first night in outdoor shelters but the real tragedy truly commenced the following morning,” she tells, recalling the hours after the quake struck. “That’s when everybody ran back to their houses desperately seeking for their beloved missing ones and checking what has been left of their households. For a week or so we were living either outside or at underground shelters.”

Needles to say, Khadka, a 1500m specialist, didn’t have any opportunity to train ever since the disaster, an occurrence that badly affected her preparations for the 1st Asian Youth Athletics Championships. Nevertheless, she made the trip to Doha along with two more Nepalese athletes. Khadka, who has never been in a modern city the like of Doha before, was visibly impressed by what she saw in Qatar:

“Qatar is a small country, but Doha with all these giant buildings and fabulous facilities looks great. I really like the place and I wish we had more spare time to have a closer look at it. For me being here and competing at the Asian Youth Championships feels like breathing fresh air again.”

What next for, then, for 17-year-old Khadka? Nepal will need to find its way out of the misery and restore its faith in a happy and prosperous - no matter how plain and minimal – future; but when this happens Khadka, whose personal best in the 1500m, her specialty, stands at 5:04, wishes to continue doing what she adores most in her life: running.

Raj Kumari Pandley ran 4:34.47 in Beijing in 3 October 1990 to set the current Nepali record in the 1500m, a time no one has been able to beat ever since. Khadka was not even born in 1990, but she admits she set sights on breaking that record: “I don’t foster hopes for Olympic laurels and a dream career. I only want one day to be able to break the national women’s record. That’s my aspiration.”