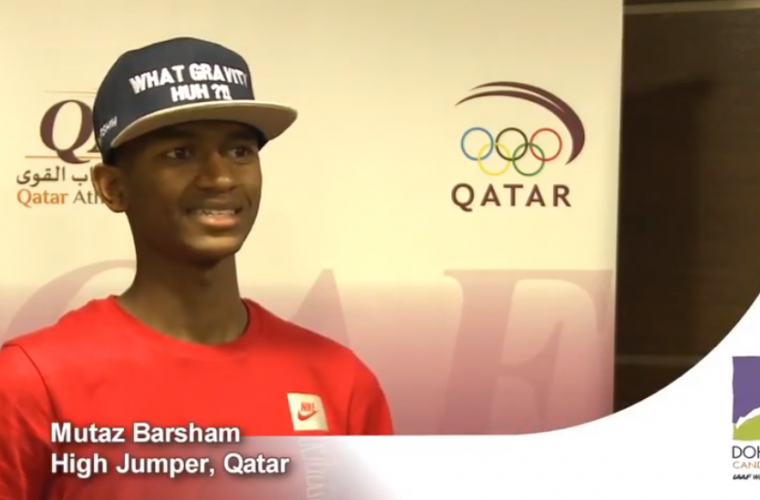 Mutaz Barshim has finished his magical season on the high he has become accustomed to with victory at the 2014 Asian Games and the retention of his high jump title. This year’s IAAF Diamond Race winner and IAAF World Indoor Champion will now redirect his boundless energy to helping his nation win the rights to host the 2019 IAAF World Championships - athletics' most prestigious competition.

Barshim this week completed a truly remarkable season with victory at the 2014 Asian Games adding to the IAAF World Indoor and IAAF Diamond Race titles that he achieved in March and September respectively. Barshim was pushed closely by his talented younger brother, Muamer, who clinched the bronze medal but in the end Mutaz Barshim won comfortably with a new Asian Games record

Speaking after his competition, Barshim said:

“This season has been the best season of my career so far and I am very proud of what I have achieved. I feel like everything has come together in terms of my running, my speed and my technique and I really hope that this will continue into next season. I am so pleased to have won my second Asian Games title. The Asian Games are big and they mean a lot to me. I won one of my first senior titles at the 2010 Games in Guangzhou and I delighted to have won the title again in Incheon. I love representing Qatar at such big competitions. The whole nation gets behind me and their support always inspires me to jump higher. I really hope that I have made my country proud.”

Barshim has this year sealed his spot as the Superman of Qatar. Last month, he cleared 2 metres 43 at the Brussels Diamond League meeting to become the second highest jumper in high jump’s history, breaking three Asian records along the way. Barshim’s achievement set off a Twitter frenzy with #ThingsBarshimCouldJumpOver trending worldwide. During that competition Barshim was just millimetres away from breaking the World Record and, at just 23 years old, the world waits in wonder at how high Barshim could go. With his own hashtag - #whatgravity – Barshim has become a true international sports personality and is solid evidence of the success of Qatar’s sport development programmes.

Once the flame goes out on this year’s Asian Games, unlike his closest competitors, Barshim’s season will not be complete. His focus will turn to representing his nation once again as Doha’s Bid to host the 2019 IAAF World Championships reaches its final stages. Barshim is passionate about the country he loves hosting the most prestigious event of the sport that he loves and he will do everything in his power to ensure Doha 2019 raises the bar. Speaking about his support for the Bid, Barshim said:

“The success I have achieved in my career so far is thanks to the support that I receive in Doha. Doha really is the heart of sport. I have access to world-class facilities, medical experts, specialised training camps, a very knowledgeable coach and the support of the whole Qatar Athletics Federation who always make the right choices for me. Hosting the World Championships in Doha and the Middle East for the first time ever would mean a lot for Qatar and for the whole region. We need to connect athletics to this part of the world and to inspire young people across the region by live athletics. I really hope that I will inspire them. I am proud to be supporting the Doha 2019 Bid.”

“We are incredibly proud of Mutaz Barshim’s achievements. This is testament to his hard work and dedication over many years. The Qatar Olympic Committee is committed to providing support to all our National Federations in the development of their sports and the support of their athletes from a grassroots level through to elite competition. Mutaz is a shining example of the success of our sports development programmes and I hope that he will be an inspiration to the youth of Qatar.”

“We are very lucky to have Mutaz as a member of the Doha 2019 Bid Committee. He is an exceptional athlete, a fantastic personality and an inspirational role model. Crucially, Mutaz understands what is important to an athlete competing in one of the most important competition of their lives and will ensure that we keep these needs at the heart of every stage of our planning. I believe that this commitment to providing the highest service for the athletes, combined with our existing state-of-the-art facilities and proven track record of hosting world-class athletics events, means that we can be trusted to deliver an exceptional World Championships in 2019.”

Doha is competing against bids from Eugene, USA, and Barcelona, Spain. Each city will submit their candidature files on 25th September before receiving a visit from the IAAF Evaluation Commission next month. The final decision will be taken by the IAAF Council at its meeting in Monaco in November 2014.

You can watch Mutaz reflect on his season and his support for Doha 2019 here: http://youtu.be/6p0UtrVYWDM.