Mutaz Barshim: ''If I stay injury free I think I will have a very good shot at the world-record'' 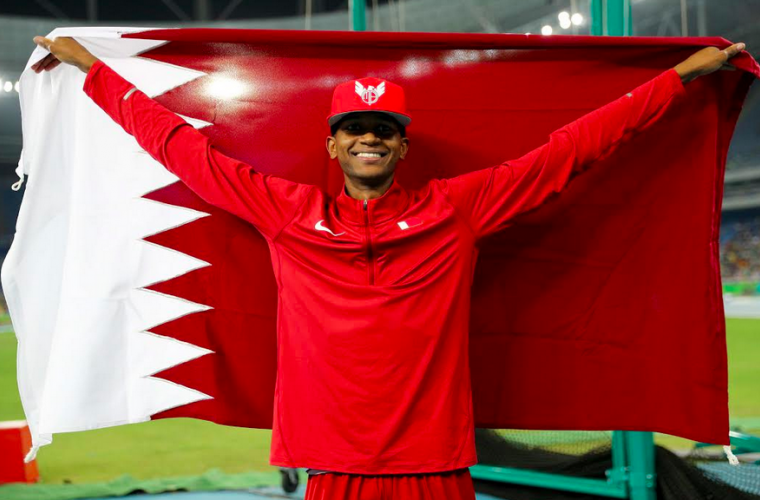 Mutaz Barshim was crowned Qatar’s greatest-ever athlete when he won Olympic silver in Rio de Janeiro last summer, adding to his London 2012 bronze and 2014 world indoor title. With the start of a new season fast approaching, the ferociously talented high jumper’s attention has now shifted to this summer’s 2017 IAAF World Championships in London where he will settle for nothing less than the gold medal, as well as the opportunity to break the 24-year-old high jump world-record. Could this be the season that Barshim re-writes the record books and achieves his lifelong dreams?

Barshim will kick off his 2017 season in Doha on 5th May in front of a home-crowd as this year’s Diamond League returns once again to the Qatari capital. An array of World and Olympic Champions have been announced for this unmissable fixture on the Qatari sporting calendar, and Barshim will line up in a world-class high jump field that features last year’s Diamond Race winner, Erik Kynard of USA and fellow London 2012 bronze medallist Robbie Grabarz of Great Britain. Following a winter of focussed training, where Mutaz chose not to compete in any indoor competitions, he is feeling pumped for the start of his competitive season:

“It’s been a while since I last jumped so I really started missing high jump. I’m really, really looking forward to my first competition, to get that feeling again, come out there in the stadium, feel the pumping atmosphere and do my best.”

The Doha Diamond League will also provide an opportunity for Barshim to evaluate his form and subsequently tailor his existing training programme in advance of his main focus for the season, the World Championship in London this August:

“Based on my performance in Doha I will know what to do for the next couple of months, what to adjust and how I feel. I want to go there and improve while competing in the competition”.

“For me though the major focus in 2017 is the World Championships. Whenever there is a big, major championship, the only thing I am looking for is the gold, and that is what we are chasing this year”.

With five Diamond League meetings and the Asian Championships taking place before then, it is vitally important that Barshim plans his season carefully in order to peak at the right time and be in the best shape possible. If he finds his peak form, then World Championship gold is not the only prize that could be within his reach this year. Having cleared the second highest jump in history of 2.43 in 2014, just two centimetres shy of the longstanding world-record set by Cuba’s Javier Sotomayer in 1993, and coming close again a couple of times since, Barshim believes that this is the season that he could stamp his mark in the history books:

“I feel good. If I stay injury free, I think I would have a very good shot at the world-record. I had two close jumps in two seasons. I hope this will be the season.”

Injury is a worry that is always at the back of Barshim’s mind following a stress fracture to his back that nearly prevented him from competing in the London 2012 Olympics. Recovering with just days to spare before the competition, Barshim was happy to simply be competing in London, so to come away with an Olympic bronze medal was a dream come true for both himself and the whole of the Qatari nation watching back home. Since then, Barshim has learnt how to take a more conservative approach to competition in order prevent further injury:

“When I was young, I was stupid, I was competing every month. I was just jumping from place to place. I had been to four continents in 10 days! But I can’t do this anymore. I have to be smart, I have to listen to my body and listen to my coach. Let my body take time, let me heal even if I feel that I want to jump or I feel good.”

It has also affected the way he trains, incorporating more core work into his daily routine:

“Since I had my injury, the doctor said if you want to keep jumping, you have to strengthen your core area, otherwise it is going to be serious and you might have to stop. Ever since, I have been working up steadily and smartly with core and abs exercises and this has helped me a lot.”

For Mutaz, high jump didn’t come easily at first but was something he had to work hard at and persevere with. The Aspire Academy graduate relied on his father, a former athlete himself, for advice and guidance:

“I was a really bad high jumper at the beginning. When I started, I was almost the worst but my father kept pushing me, he was like ‘if this is what you want, what you like, then stay and don’t rush anything’. You need to make sure you are determined – hard work beats talent so you need to be really determined to do it.”

This attitude clearly worked and by the age of 17 Mutaz started to win his first medals before continuing his rapid improvement and becoming World Junior Champion in 2010 at the age of 18. Barshim was just 21 when he won his first Olympic medal and now at only 26 years old, still has a long career ahead of him. Beyond hard work, Barshim believes that competitive instinct is the key to success:

You can watch Mutaz Barshim compete in the Doha Diamond League on Friday May 5th at Qatar Sports Club from 6pm, and he is calling for all his fans to come down and support him:

“I want to give the crowd a show. I want to give my country a show, my family and everybody else. I want to win. Come and enjoy your night, keep supporting and I promise I will do my best. May 5th – you’ve got to be at the stadium!”

Tickets are on sale now at q-tickets.com and start from just QAR 40. You can keep up to date on all news on the Diamond League website and social media channels.