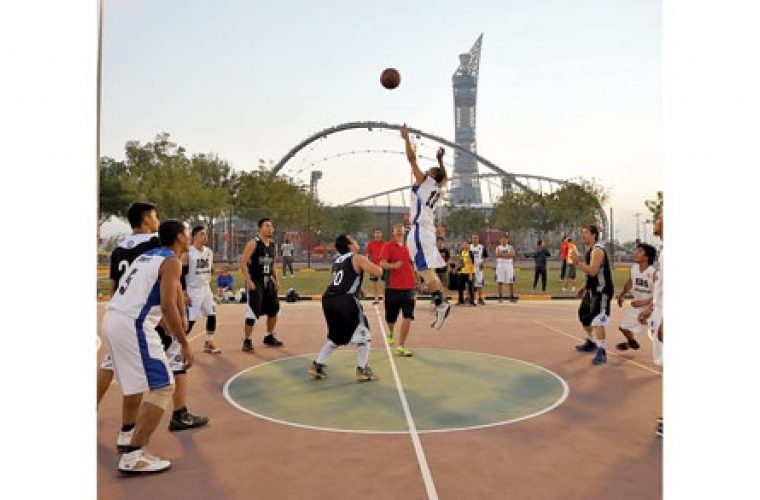 Thousands of athletes, parents and children are likely to gather at Aspire Zone this weekend to take part in several new events.

They will get the chance to choose from nine activities on Friday and Saturday, including the final race of the Aspire Aquathon series, a ‘Kid’s Art in the Park’ event and kayaking classes.

Activities start with the boys’ final of the School Olympic Programme and an international youth football tournament.

Dubbed ‘Copa Coca-Cola’, the amateur five-a-side competition will feature at least 34 teams of 12 to 15-year-old boys. Winners will have the chance to travel to the 2014 Brazil World Cup as part of the prize.

Friday’s activities also include Aspire Zone community volleyball and basketball leagues, open to the public, while ‘Kids Art in the Park’ will be available to families with young children.

An informative public debate will be held at night where guest speakers Sheikh Abu Ghneim and Sheikh Al Malki will discuss ethics and other religious topics during the hour-long event at Aspire Park, organised by Eid Charitable Association.

On Saturday, the fifth and final edition of Aspire Zone Aquathon series starts at 6am. It will include a 500m swim inside the Aspire Dome pool and a 5km run around the park.

Registration for the public event has closed, with over 500 individuals taking part.

A special Lego Robot building competition will complete the fun and games. Organised by Arab Robot Association, it will see over 500 schoolchildren build and design a robot as part of a Gulf region robotics tournament.

Hundreds flocked to the park last weekend for four activities organised by Aspire Logistics, including an hour-long kayaking class, which proved popular with families and visitors.

Jafar Abdulla Al Khayat, a Qatari who had never tried a water sport before, was one of those inspired to take up kayaking regularly along with his sons Abdulla, 14, and Mohamed, 11. “I came last week and had so much fun with my boys that I registered to come again. Kayaking is a fantastic sport and I think we have connected as a family paddling together at this beautiful lake in the sunshine.”