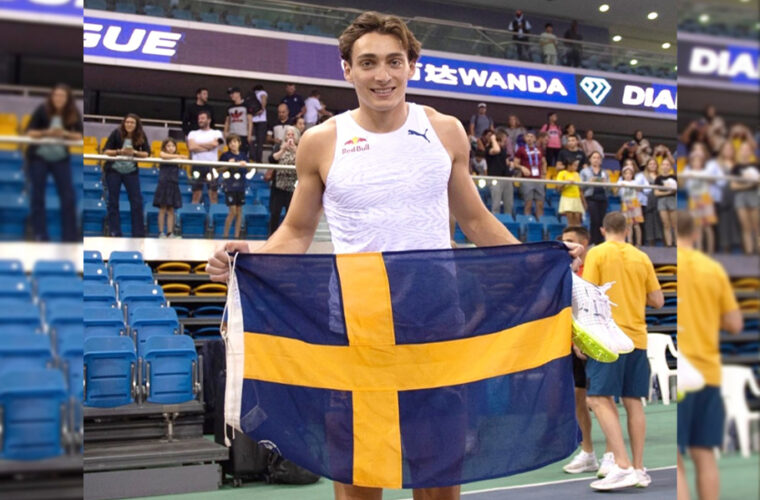 The Doha Diamond League announced in a tweet on Saturday, 14 May 2022, the victory of Mondo Duplantis at the pole vault competition of the Doha Wanda Diamond League 2022.

The competition took place indoors at the Aspire Dome on Saturday, 14 May 2022.

It was reported that the star already has a world record of covering 6.20m at the World Athletics Indoor Championships in Belgrade; however, achieved a win in Qatar with a first-time distance clearance of 6.02m, unlike that of his competitors.

America’s KC Lightfoot and Chris Nilsen, Belgium’s Ben Broeders, and Valentin Lavillenie from France were only able to cover a maximum height of 5.71m.