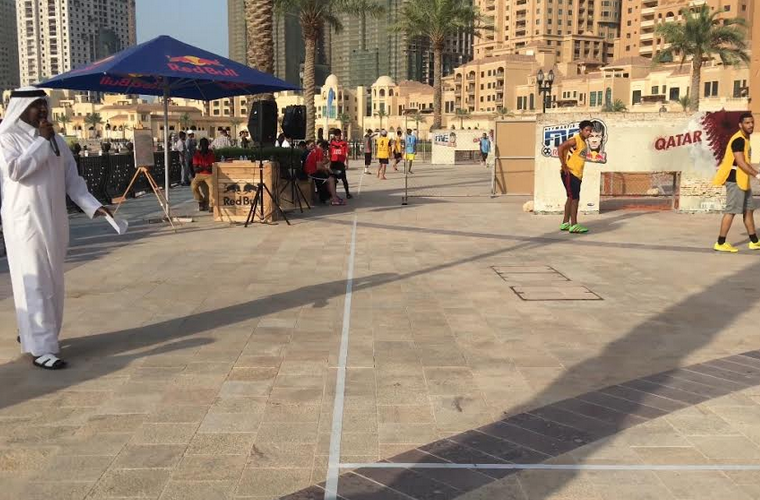 6 amateur commentators in Qatar sparked the adrenaline levels of both the players and spectators at the qualifiers of Neymar Jr’s Five tournament currently being held in Qatar.

Their participation came part of the “Commentary Competition”, where the public were invited to share a voice note of their commentary highlighting a goal for Neymar Jr., and the best commentators got chosen to cover the qualifiers of the tournament.

The best performer will be the official commentator of the national final of Neymar Jr’s Five Qatar qualifier, to be played at Qanat Cartier, The Pearl on May 13th, 2016. The qualifying commentator will be announced via @RedBullQatar on Twitter & Instagram on May 11th, 2016 at 3:00PM Qatar time.