Meet Team Qatar: The boxers view on the AIBA World Boxing Championships and how it will impact them individually and Qatar’s sporting community 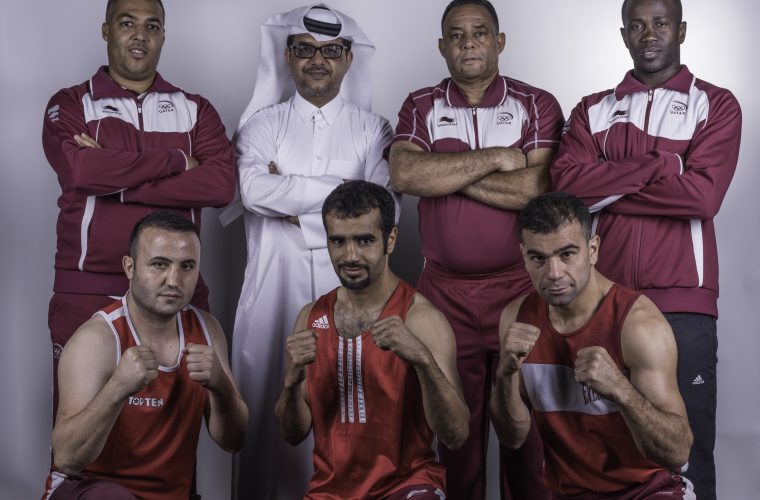 After completing their training camp in Poland, The Qatar National Team is back in the capital for final preparations for the first-ever AIBA World Boxing Championships to grace the Middle East.

“Qatar has been committed to developing sports and hosting highly successful editions of major international sporting events for many years, which is an integral part of Qatar’s National Vision 2030. Creating a culture of sport in the nation, and enabling that culture to grow and flourish to its full potential has been one of the key driving forces for hosting events such as the Doha 2015 AIBA World Boxing Championships.”

For Team Qatar, it is a dream come true. They have been waiting for this moment since they pulled on their first pair of gloves. A stage that allows them to compete toe to toe with the rest of the world’s finest boxing talent is special and something to behold, but to compete on home soil for the first time makes it really unique.

34 year old Abdul Latif from Doha is the team’s captain and explains how thrilled he is to be competing in front of his own people:

“Every day I have dreamt of boxing at this level here in Qatar, and I can’t believe that it’s finally going to be reality. I’m still pinching myself,” the 60 kilo featherweight boxer said, before adding: “The competition will be really strong, but we hope to make our country proud and to show what boxing is all about. God willing, we can get a couple of medals, too.”

260 boxers from 74 countries are confirmed for Doha 2015, along with 17 international broadcasters showing the World Championships to half a billion TV viewers across 112 countries. The team knows that the event will certainly boost the interest around the sport, and drive recruitment forward in the region. Yousuf Ali Al Kazim, the President of the Qatar Boxing Federation and Executive Director for the boxing spectacle explains:

“Boxing is still not a huge sport in Qatar, but it could very well be. To achieve that we need to show people the best of the best, and hosting this competition will inspire children to take up boxing at an early age. It will be a game-changer, and it will drive recruitment forward with unprecedented force.”

The Qatari team will undoubtedly gain invaluable competitive experience and take as much as they can from this competition to progress and build for future events.

The five man Qatari team is made up of one light heavyweight, one lightweight, one featherweight and two middleweight boxers.

Each of these boxers will come into this competition with their own personal goals and targets that they want to achieve, Hakan Nuraydin, the light heavyweight of the team explains what he wants to achieve from the competition:

“It will be very difficult, but my hope is to get a medal. That is what I’ve been working on for two years now.”

Qatar holding these World Championships is a huge positive for the nation itself and again attracts more and more tourists and sport lovers to the sports hub of the Middle East.

Hzam Nabah, one of the middleweight boxers from the Qatari team, outlines his thoughts on the Championships coming to Qatar:

“It’s a big happening, and I’m so proud to get the World Championships here in Doha. It will hopefully be further proof that we [Qatar] are among the best in the world in hosting world-class sporting events.”

The Qatari team themselves hope that with a huge event like this coming to Doha, it will help to create a further interest in the sport for all ages and really help to boost the youth participation in boxing in Qatar for the future.

Ottman Jouma Arbadi, the youngest boxer in the Qatari team at 28 explains why this event will really help to promote interest to the younger generation coming through:

“It’s going to be special, and it will hopefully inspire many children to take up boxing. There are many people following boxing, but maybe they don’t know too much about the sport. I hope Doha can change that forever.”

For most of the team one of the main highlights will be competing in front of their home nation. It is already such a huge event but being able to fight in front of local fans and family is something that these boxers will really treasure, Abdul Latif the lightweight boxer of the Qatari team says how it will make him feel and wants to encourage as many people as people as possible to come and support:

“It will first of all make me extremely proud. I look forward to show the people that I’m a warrior, and showcase my fighting. The people must come and support us!”