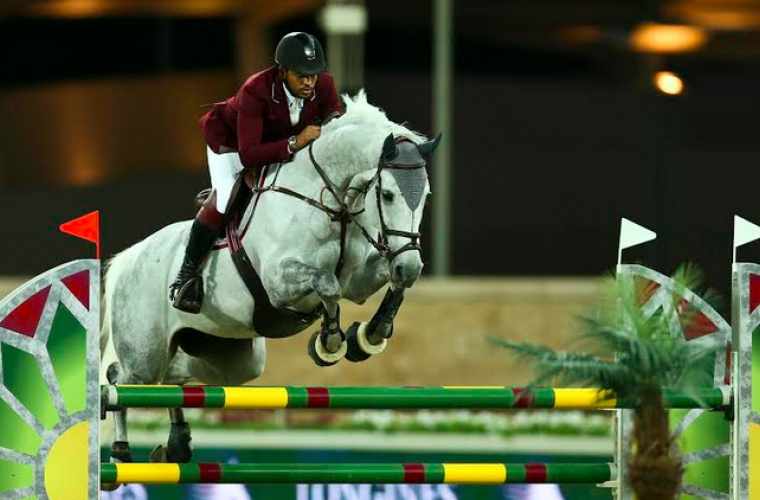 With activities on offer across Qatar for all ages and abilities, there is something available for everyone, whether you are an aspiring Olympian or simply want to participate for fun. You can find a full list of the activities available on the QOC’s website: http://bit.ly/1RYGdxV.

National Sport Day also provides an opportunity for Qatar’s National Federations to identify young sporting talent who could go on to become Qatar’s future Olympic heroes. Qatar has a huge pool of talented young athletes and has made significant progress on the sporting field over recent years. Athletes in four different sports have already qualified to represent Qatar at the Rio 2016 Games and here we look at the athletes who will be hoping to make our country proud in Brazil.

Qatar’s national equestrian team were among the first athletes to qualify to Rio 2016. Headed by Sheikh Ali bin Khalid al-Thani and composed of Ali al-Rumaihi, Khalid al-Emadi and Bassem Hassan Mohamed, the trio had a massively successful year in 2015 where they consistently ranked in the top ten in the world.

The team won gold in the 2014 Asian Games in Incheon but it was during the Furusiyya 2015 Series in Abu Dhabi where the equestrian team secured their well-deserved qualifying spot for Rio – the first time Team Qatar has qualified for the Olympic Equestrian Competition.

The Qatari National Handball team made history twice on their way to Rio. The team placed second in the 24th Men’s Handball World Championships in January 2015 after a narrow defeat in the final to Olympic and World Champions France. They were the first non-European side in history to make the final. They later went on to earn their qualifying spot to Rio in an amazing 28-19 victory over Iran in the Asian Qualifiers, in front of an elated home crowd.

ElSeify meanwhile is a two-time Junior World Champion in the Hammer Throw and much like established superstar Barshim, he too graduated from Qatar’s world-class Aspire Academy for Sporting Excellence.

More recently experienced skeet shooter Rashid Saleh Hamad secured his spot in Rio during the Asian Qualifiers in New Delhi in late January, together with teammate Vitaliy Dovgun who competes in the 50m Air Rifle.

All four sports will be available to try on National Sport Day, with the opportunity to emulate these Olympic heroes. Over 30 sports in total will be offering activities.

National Sport Day is an annual event celebrated across Qatar on the second Tuesday of February. Qatar is one of the only countries in the world to have a public holiday dedicated to sport and it aims to bring the nation together in a shared celebration of sport and inspire people to lead active and healthy lifestyles. This year’s National Sport Day will take place on 9th February 2016.