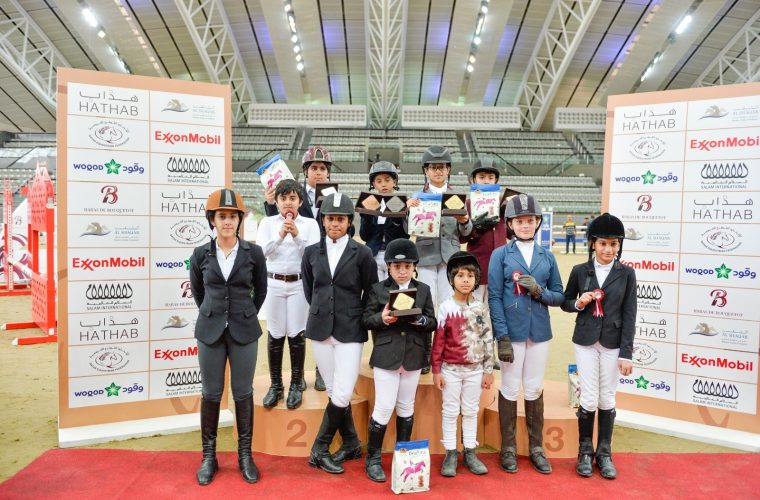 The Organizing Committee of the Longines Hathab – Qatar Equestrian Tour is gearing up for the start of the new season of the popular horse-riding competition. Entering its third season, the annual series is organized and hosted jointly by Qatar Equestrian Federation (QEF) and Al Shaqab, member of Qatar Foundation.

The series will be spread across seven months, from October to April. The opening tour will be held at Al Shaqab Indoor Arena from October 18-19 with the remaining competitions taking place either at QEF or Al Shaqab.

The finale will be hosted at Al Shaqab’s state-of-the-art equestrian facilities in April 2020. The family-friendly event is open to the public, and admission is free.

To provide local riders the opportunity to participate alongside international athletes, two tours of the series will form part of the program for CHI AL SHAQAB and the Longines Global Championship Tour (LGCT) world-class equestrian events hosted annually at Al Shaqab, in February and March 2020.

Hamad Abdulrahman Al Attiyah, Chairman of the Longines Hathab Organizing Committee, said: “The vision behind the series is to have an annual competition that gives riders the chance to develop their equestrian skills, and to inspire Qatar’s next generation of equestrian champions. At the same time, we want to increase awareness of horsemanship, which has a proud place in Qatar’s history and tradition. Since its launch, the series has been incredibly popular and successful, and is a tribute to the vision of His Excellency Sheikh Joaan bin Hamad Al Thani, President of the Qatar Olympic Committee.”

The riding disciplines include showjumping and dressage, and comprise five competition categories. Staying true to Qatar’s vision to promote sports among its youth, the categories

target various age groups starting – with the Future Riders category for children aged 6 and above, up to the Senior (big tour) group, for individuals 21 and older.

Longines, ExxonMobil, and Salam International are the main partners of the series.

The competition is open to Qataris and residents of Qatar, and a total of QAR 1.5 million is awarded as prize money.

Since its establishment in 1992, Al Shaqab’s vision was to build on Qatar’s Arabian horse heritage and be a leading global center for equine professionals, while providing an engaging experience for the community. Global leadership has not only meant preserving, improving, and promoting the Arabian horse breed but also encouraging the community in this unique, traditional cultural sport.

Today, Al Shaqab’s impressive facilities, which are distinctively designed in the shape of a horseshoe, cover 980, 000 square meters. With a state-of-the-art Main Arena comprising both an indoor and outdoor venue capable of holding over 5000 spectators, Al Shaqab is part of Qatar’s growing reputation on the world stage that showcases its ability to host major international sports event at the highest level.