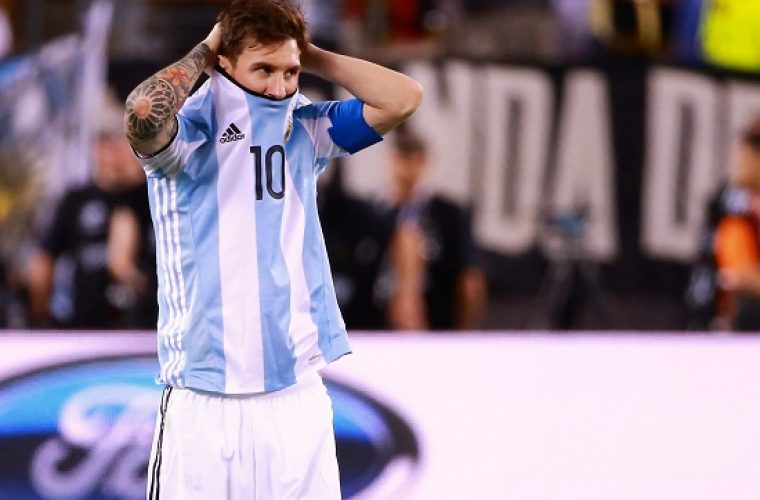 'I've done all I can, it hurts not to be a champion,' is what Lionel Messi had to say after Argentina lost to Chile in the final game of Copa America.The 5 time Ballon d'Or winner, retired from Argentina National Football team after serving for 11 years.

Lionel Andres Messi, turned 29 on 24th of June, 2016. The Argentine superstar plays as a forward striker for the Spanish club FC Barcelona. The only player to win 5 Ballons d'Or and the first player to ever win three European Golden Shoes.

Lionel Messi started his senior career in football with Barcelona in 2003 at the age of 17. In 2004 he was selected for the Argentina U20 Team, leading to a very robust career in the National team.

He went on to have many achievements under his belt. He is rated amongst the by many other legends of football, considering him one of the greatest player of all times. 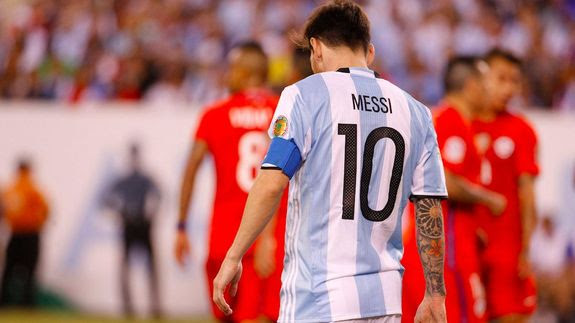 "For me the National team is over. I've done all I can. It hurts not to be a champion," the first player to ever win three European Golden Shoes said after four major final defeats with Argentina.

The Copa America Final between Argentina and Chile was a goalless 90 minutes which led to the match to be taken to the penalty shootouts, in which Argentina lost by 2 goals (Argentina 2 - 4 Chile) due to Messi and Biglia's penalty miss. Followed by which, Leo announced his retirement from the National team.