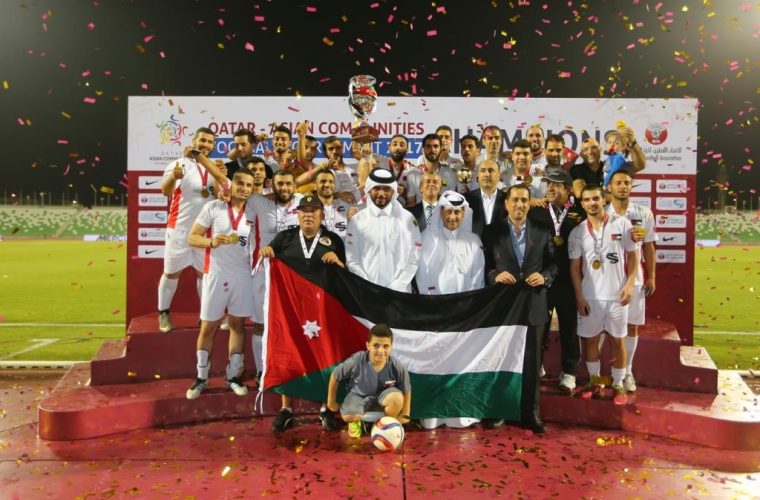 The fifth Asian Communities Football Tournament 2017 (ACFT) concluded yesterday at Al Ahli Stadium where Jordan were crowned champions and took home the trophy for the second time since 2013, year of which the tournament was inaugurated.

Jordan registered a 1-0 win against Lebanon, while India and Nepal recorded a 2-2 draw in the third place decider match which took place earlier in the evening at 5pm.

The ACFT is one of the many events that are organised to run along the period of the Emir Cup and acts as a way to excite the fans ahead of the Emir Cup final match on 19 May. It also reinforces QFA’s commitment in providing a platform to create a football culture amongst the Asian communities across Qatar while focusing on the positive values and social benefits it generates among the communities

The Emir Cup Trophy Tour made a stop at Al Ahli Stadium ahead of the matches to give the teams the opportunity to take pictures with the iconic trophy. The Trophy Tour, which is set to make more than one stop in the lead up to the Emir Cup final match aims to involve the Asian communities who are loyal fans to the Emir Cup.

Organised by the Qatar Football Association (QFA), the ACFT is sponsored by the Supreme Committee for Delivery & Legacy (SCDL) as the Official Partner, and Nike.