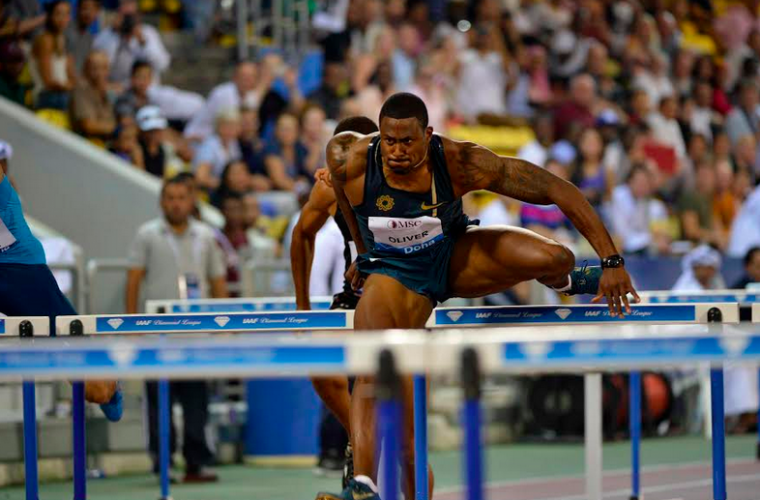 Despite its early season position on the competitive calendar, the Doha Diamond League has traditionally attracted the elite of athletics, resulting in numerous records being broken and personal bests being set.

The 2016 edition, set for May 6, won’t be an exception, with 38 champions and 80 medallists from past Olympic Games and world indoor and outdoor championships heading to the Qatari capital to open their Diamond League campaign.

On the men’s side of the programme, six athletes have won Olympic gold: LaShawn Merritt, Aries Merritt and Christian Taylor of the U.S. and Kenyans Asbel Kiprop, Ezekiel Kemboi and Brimin Kipruto. Fourteen have been crowned world champion outdoors –nine last year in Beijing—and nine earning a world indoor title. Additionally 21 have won an Olympic medal, 30 a World Championships medal and 19 a World Indoor Championships medal. In all, 20 men have bagged gold at a global competition and 43 left with medals.

In the women’s events Doha will welcome 18 global champions and 37 medallists. Of those, Olga Rypakova and Veronica Campbell-Brown have struck Olympic gold, 11 have claimed world titles outdoors --seven in Beijing-- and seven indoors. Furthermore, six have finished among the top-three at Olympic Games, 21 at world championships outdoors and 22 indoors.

Overall 206 athletes (125 men and 81 women) will compete at the 2016 Doha Diamond League representing 50 nations from five continents. Hosts Qatar will field 14 athletes, while Kenya’s presence will be the largest with 29 –composed of 20 men and nine women— with the U.S. bringing the largest women’s contingent with 14.

“Although 2016 is an Olympic year and many medal contenders elected to delay their outdoor debut, I am sure that athletics fans will enjoy another fantastic night on Qatar Sports Club’s track next Friday,” said Qatar Athletics Federation President Dahlan Al Hamad.

“Doha Diamond League will be once more the ideal start to the outdoor season with so many great athletes competing and I am sure that many records will be broken.”

Most of Doha’s meet records, a competition first held in 1997, were set after the Diamond League tag was added. Just four men’s records were set before 2010, the oldest James Beckford’s long jump mark of 8.41m set in 1999. Three fell in 2015, at what was widely regarded as the best Doha Diamond League competition. One of those, Pablo Pichardo’s 18.06m leap in the triple jump, is also a Diamond League series record. Another is Yenew Alamirew’s 7:27.26 in the 3000m set in 2011.

With six in all, Doha is currently tied with Brussels and Monaco as the meeting with the most Diamond League series records.

An ankle injury will force Allyson Felix to miss this year’s competition but her stellar record will remain safe. The American has amassed 11 victories in Doha, five successive at 400m (another individual record) and three apiece at 200m and 100m.

Like Felix, Târlea-Manolache has won in three different events in Doha (200m, 400m and 400m hurdles) while Shelly-Ann Fraser, Kerron Stewart and Meseret Defar have emerged victorious in two: the Jamaicans in the 100m and the 200m and the Ethiopian in the 1500m and the 3000m.

Eliud Kipchoge, who recently ran the second fastest marathon of all time, has collected four 3000m victories in Doha and one in the 5000m for a total of five wins, the most on the men’s side. The men’s record for the most successive wins belongs jointly to shot putter Reese Hoffa of the U.S. and Norway’s javelin thrower Andreas Thorkildsen with four. David Oliver will be looking to equal that record when lining up for this year’s 110m hurdles race. Hoffa’s wins span from 2005 to 2009, Thorkildsen’s from 2006 to 2009, while Oliver’s first victory came in 2008 and his last in 2014!