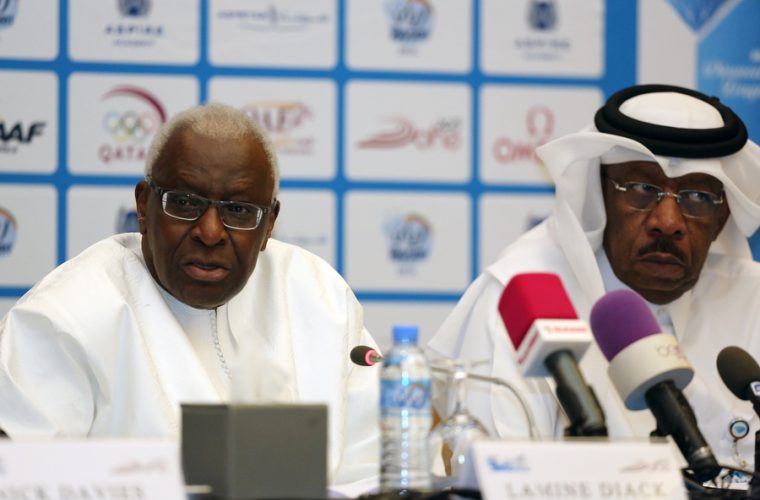 A vibrant and dazzling opening of the IAAF Diamond League 2015 season is anticipated as the prestigious series are about to get underway in Doha on 15 May.

For a sixth successive year Qatar will host the kick-off meeting of the successful athletics top tier series and as the IAAF President Lamine Diack stressed out at a live streamed pre-meeting Press Conference held in Doha on Thursday 14 May “2015 looks set to see the greatest ever athletics meeting in Doha. A star cast is headed by global champions such as Allyson Felix, Mo Farah, Sanya Richards-Ross and Asbel Kiprop.”

“Doha annually has the honour to be the first competition of our global series, which includes the 14 best invitational track and field meetings in the world.

“We very much appreciate the continued support and enthusiasm for Athletics shown by H.H the Emir of Qatar, Sheikh Joaan Bin Hamad Al Thani President of the Qatar Olympic Committee, and Dr. Thani Abdulrahman Al Kuwari General Secretary of the Qatar Olympic Committee. In the build-up to those championships the IAAF Diamond League is playing an important role in developing an understanding and passion in the Gulf region for our sport.

“Qatar, which hosted a very successful World Indoor Championships in 2010, last November won the right to stage the 2019 World Championships,” stated the IAAF President and Chairman of the Board of the Diamond League, who will step down from his role as the world athletics leader after serving the sport for almost 30 years.

With 14 meets in Asia, Europe, the Middle East and the USA a truly international circuit unlike the European only Golden League was, the Diamond League encompasses 32 event disciplines with the best athletes in the world competing for 8 Million Dollars in prize money.

“The series is more visible to fans around the world than ever before,” said Mr. Diack and added that “our vision in 2009 was to create a new exciting product for athletics’ top invitational circuit. The IAAF Diamond League definitively offers the best athletics entertainment outside the IAAF World Championships and Olympic Games.

On behalf of the IDL Doha Organising Committee, Qatar Athletics Federation (QAF) President Mr. Dahlan Al Hamad welcomed all guests, athletes, officials and the Media to Qatar for the Diamond League kick off on 15 May, a date described as “a big day for Athletics in Qatar” by the QAF President.

“In line with our Nation’s Vision for 2030 and with the unlimited support of H.H. the Emir of the State of Qatar, we want to make “Sport for Life”, a lasting legacy for our Nation. In Qatar Athletics we feel very happy and proud to host the sixth edition of the Doha Diamond League. We have set high standards in organising such an important and prestigious sporting event in previous years and we aim to continue at the highest possible level.

“We have the means to justify our role as a key and trusted partner of IAAF. We are ready to welcome the world’s elite athletes, demonstrating our commitment that this year’s meeting will be of a very high calibre, with Olympic and World Champions competing, as it has always been the case. The focus is on the athletes, the protagonists of the Doha Diamond League, coming from 54 Nations from all across the World: 12 reigning Olympic Champions and 11 current World Champions will do their best tomorrow and overall 16 Olympic Champions and 26 World Champions, as well as 10 Diamond Race winners of 2014, will shine right here in Doha,” underlined Mr. Al Hamad, presenting the key number figures for this year’s IAAF Doha Diamond League.

“It is not a secret that athletes love competing in Doha for the facilities we offer, for our warm hospitality and of course for our ideal weather conditions, which enables them to achieve a high standard of performances.

“We have gained valuable experience in hosting large-scale athletics events with a global impact and this is exactly the reason why IAAF has entrusted us with the honour and responsibility to host the 2019 World Athletics Championships, the crown jewel of global Sports,” cited the QAF President.