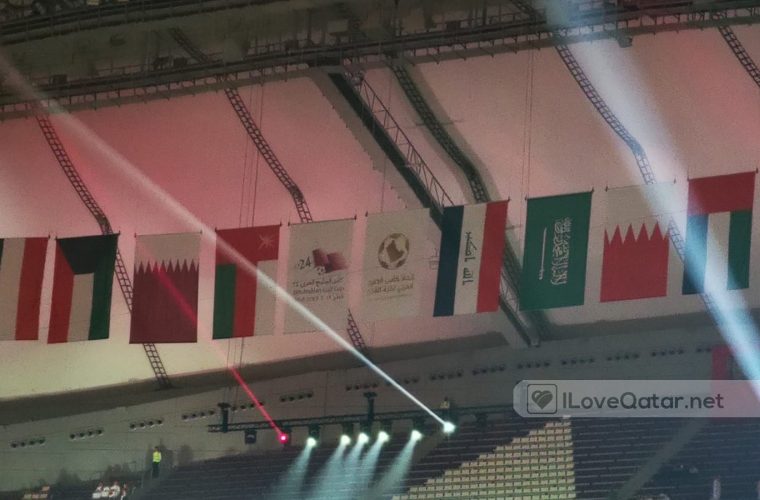 H.H. the Amir declared the opening of the 24th Arabian Gulf Cup, and welcomed, in the name of every Qatari, everyone in "everyone's Doha".

The opening was also attended by H.E. Speaker of the National Assembly of the State of Kuwait Marzouq bin Ali Al Ghanim, Their Excellencies Sheikhs and Ministers and heads of the Gulf Olympic committees and federations, Their Excellencies heads of the diplomatic missions accredited to the State, senior officials in the sport field and a huge crowd.

The opening ceremony began with traditional artistic shows and a documentary film telling the history of the Arabian Gulf Cup since its inception in 1970, and the entry of flags of the participating countries and fireworks.

To check out more photos, visit our [email protected]!