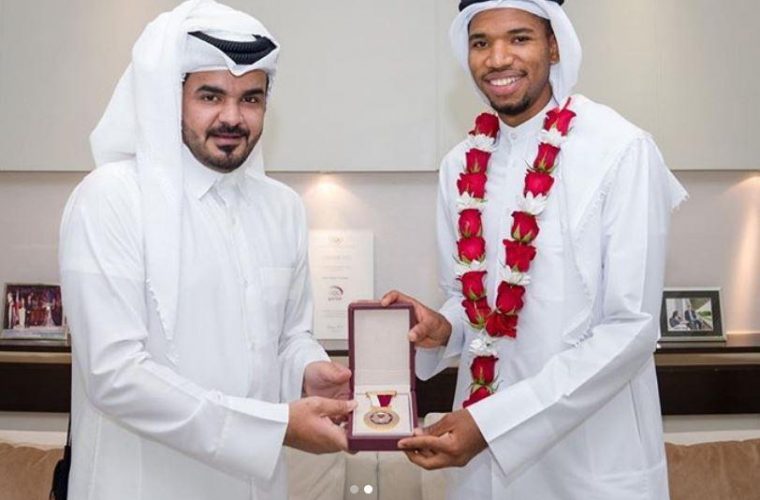 H.E. Sheikh Joaan bin Hamad Al-Thani congratulated the champions Mutaz Barshim and Abderrahman Samba for their achievements, praising their great efforts and the achievement of two medals that pleased everyone in Qatar and increased the success of the IAAF World Athletics Championships. He urged them to achieve more glory in the upcoming entitlements, especially the 2020 Tokyo Summer Olympics.

His Excellency thanked the Chairman and members of the Board of Directors of the Qatar Athletics Federation, the technical and administrative staff, and players for the great efforts exerted.

H.E. President of QOC stressed QOC's keenness to provide all the possibilities to achieve more achievements in the upcoming events.

H.E. Sheikh Joaan bin Hamad Al-Thani has awarded Mutaz Barshim and Abderrahman Samba the gold decoration, which is given to athletes who achieve international and Olympic achievements.