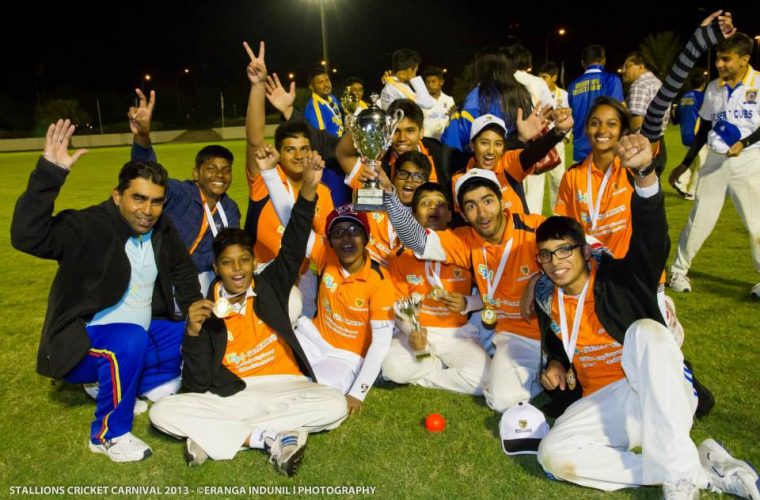 Stallions Cricket Academy Qatar is organizing its second Cricket Carnival and Junior Cricket tournament, “GWC Cup” on 19th December 2014 at the Qatar’s West End Park Cricket Stadium. The event is sponsored for the second consecutive year, by the Gulf Warehousing Company, a major promoter of the game in Qatar.

Junior teams form other local academies will also participate in the which will build up the competition. The event is being held under patronage of Qatar Cricket Association and Qatar Olympic Committee and organized with the main aim of promoting the game of Cricket in Qatar.

The tournament is expected to provide the talented young cricketers in Qatar an opportunity to compete against each other and sharpen their skills further. Stallions’ players had the opportunity to play in England during their UK tour in August 2014 and the experience gathered from the UK tour and this tournament will help them perform better in future in academy, school and national levels. Stallions have also planned to tour Sri Lanka in August 2015 where they are expected to compete against some of best junior teams in the world.

The carnival comprises a leather ball 10 over tournament for U15 and U12 age categories, a mini soft ball tournament for the Intermediate players and beginners and matches for parents and other fun activities for the whole family. There will be many trophies and medals to be won. More details can be found on Stallions Website www.stallionsqatar.com or by calling 70030491.