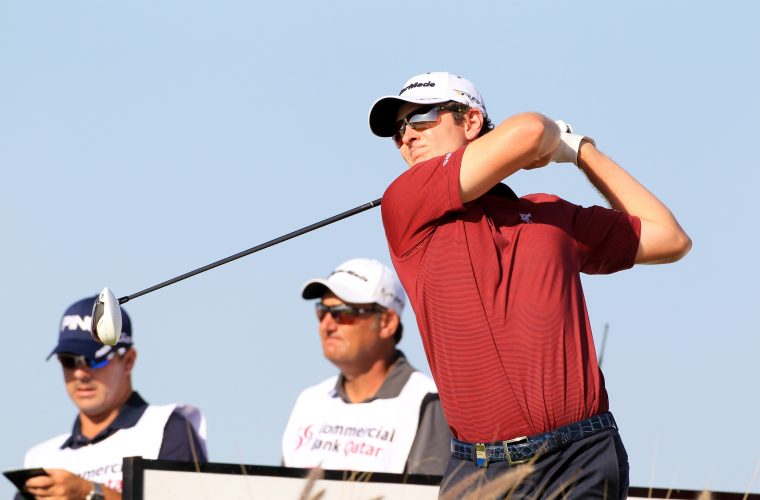 23 December 2014; Doha, Qatar: World No. 6 Justin Rose will compete in the Commercial Bank Qatar Masters for the second time in three years as the 2013 US Open Champion joins Ryder Cup teammates Henrik Stenson and defending champion Sergio Garcia in an increasingly strong line-up in Doha.

Rose, 34, recently finished third in The Race to Dubai – behind Rory McIlroy and Stenson, currently World No. 1 and 2 respectively – after a strong finish to the season, having already won his seventh European Tour title at the Aberdeen Asset Management Scottish Open in July.

In November, Rose finished fourth at the BMW Masters in Shanghai and two weeks later was runner-up at the season-ending DP World Tour Championship, Dubai for the second time in three years.

The Englishman – who will be making his sixth appearance in Doha – is now determined to continue that form into the 18th Commercial Bank Qatar Masters, which will be held at Doha Golf Club from January 21-24.

“I finished the season playing really well and I want to build on that in Doha. I enjoyed myself at the Commercial Bank Qatar Masters a couple of years ago and I’m looking forward to returning. I felt increasingly comfortable on the course and want to really have another go at it this time,” said Rose, who tied for 16th on his last visit when he memorably met Wayne Rooney on a tee-box as Manchester United stars watched the action.

“It looks like it’s already shaping up into a strong field. I know Sergio played well last year to win and he played great when I last competed in 2013, so he will be a favourite. Henrik beat us all in Dubai, so he’ll be another strong contender, especially as I know he plays in Doha every year. It’ll be tough, but I’m confident I’ll be in with a shout this time.”

Rose and Stenson proved an unstoppable pairing in September’s Ryder Cup, as the duo won all three of their matches against the USA to help Europe retain the trophy. Their three wins included a Ryder Cup record of 12 birdies in 16 holes to beat Matt Kuchar and Bubba Watson 3&2 in the fourballs.

Rose said: “Henrik and I had an incredible time at The Ryder Cup. It’s always an amazing event, but it was a real privilege to team up with Henrik and play so well. We really fed off each other. I much prefer playing with him than against him, but I’m looking forward to meeting up with him and Sergio and other guys from the team in Doha.”

Rose has also continued to shine in the USA and won his sixth PGA Tour title in June to continue his run of lifting at least trophy on the Tour each season from 2010.

Hassan Al Nuaimi, President of the Qatar Golf Association, said the addition of Rose to a field that already featured Stenson and Garcia, currently World No. 5, boded well for an all-star field in January.

“Justin Rose is a true Ryder Cup hero and we welcome him back to the Commercial Bank Qatar Masters after his brilliant display for Europe, just like when he competed here two years ago. We were also delighted to see him win the US Open last year just a few months after he competed here in Doha,” Al Nuaimi said.

“Justin is one of the true gentlemen in golf and always popular wherever he goes. He has spent most of the past three years in the top 10 and much of that in the top five, so we’re proud to welcome one of golf’s great players to a star-studded line-up.”

Abdullah Saleh Al Raisi, CEO of Commercial Bank, which is title sponsoring the event for the 10th straight year, added: “Commercial Bank is proud to work with the Qatar Golf Association each year to attract a strong line-up of players for the Commercial Bank Qatar Masters.

“With Justin Rose joining Henrik Stenson and Sergio Garcia, I strongly believe we’re on track for one of the tournament’s best-ever fields. All of these players are hugely popular when they compete in Doha and we’re delighted to continually deliver one of the strongest line-ups on The European Tour.”

Many of the world’s top golfers compete each year at the Commercial Bank Qatar Masters, which has been held at Doha Golf Club since its inauguration in 1998. The club’s desert-type Championship Course is one of the longest par 72 courses on The European Tour.

Since 1998 the prestigious Qatar Masters golf tournament has been hosted by Doha Golf Club. The annual tournament is sponsored by Commercial Bank of Qatar and is held at the beginning of each year as part of The European Tour. Many of the world's top golfers compete on Doha Golf Club's unique and challenging desert-type Championship Course, which has proven to be one of the longest par 72 courses on the tour.

Designed by Peter Harradine and unveiled in 1997, the 7,374-yard Championship Course features eight strategically positioned lakes, 65 giant cacti, numerous imposing limestone rock formations and an abundance of lush and lengthy green fairways, presenting a startling contrast to the desert that lies beyond.

About Commercial Bank of Qatar

Commercial Bank is now the largest commercial bank in Qatar, and will celebrate its 40th anniversary in 2015. The Bank has supported the Commercial Bank Qatar Masters as title sponsor of the tournament since 2006. As a full service commercial bank, the Bank offers a full range of corporate, retail and investment banking services as well as owning and operating exclusive Diners Club franchises in Qatar and Oman. The Bank’s countrywide network includes 29 full service branches and 151 ATMs.

Profitable every year since incorporation in 1975, continual investment in technology and human capital, together with a strong capital base, provides a solid foundation for continued growth.

A successful diversification strategy has expanded Commercial Bank’s GCC footprint through strategic partnerships with associated banks, the National Bank of Oman (NBO) in Oman and United Arab Bank (UAB) in the UAE. Building on the successful execution of the Bank’s expansion strategy to date, in July 2013 Commercial Bank announced the acquisition of a majority stake in Alternatifbank (ABank) in Turkey.