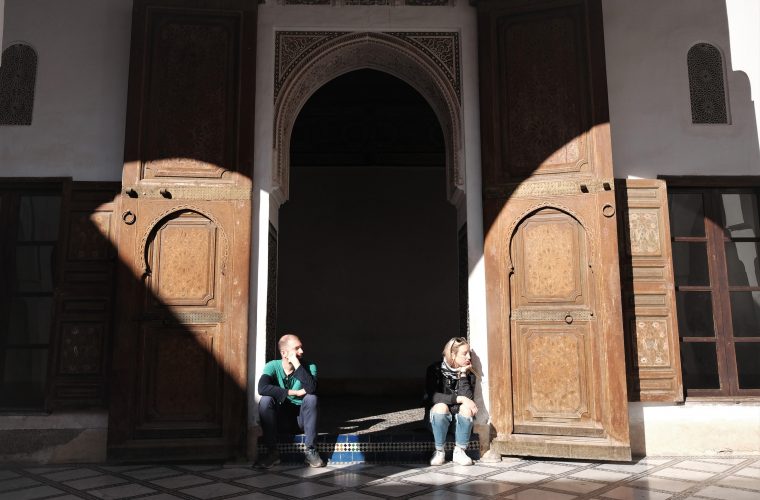 260 boxers from 74 countries have arrived in Doha for the first-ever AIBA World Boxing Championships held in the Middle East, and with competition officially starting on Tuesday next week, the best boxers on the planet are raring to go.

DOHA, 3 OCTOBER 2015: Several of the leading contenders for world titles got to see the state-of-the-art Ali Bin Hamad Al Attiyah Arena in Al Sadd for the first time on Saturday, the venue in which they will compete for gold medals and the ultimate prize of qualification to the Rio 2016 Olympic Games between 5-15 October.

Canada’s Artur Biyarslanov is the reigning Pan-American welterweight champion, and recently defeated Yasnier Toledo, the world’s no. 1 ranked boxer from Cuba. The hard-hitting youngster has had a meteoric rise in his career so far, and will be one of the favorites at the Worlds:

“It feels great to be in Qatar. I’ve come here to win gold, to become a champion and qualify for the Olympics. It’s going to be really special, and I’m looking forward to compete in this arena – it’s so big – way bigger than I could have ever imagined!” an excited Biyarslanov said.

The hard-hitting Canadian is a devout Muslim, and is thrilled that he World Championships is hosted in the Middle East:

“I’m so glad that it’s here in Qatar. It’s such a beautiful country, and everything looks great. For once I don’t have to worry about the food with everything being halal, and there are so many mosques so I can go and pray whenever I can. It feels like a home away from home, and I hope people will come to support me.”

The interest for world boxing’s signature event is booming around the capital with only two days to go until the competition officially starts. Egypt’s welterweight boxer and reigning African champion, Hussein Bakr Abdin Hosam, was met by hundreds of fans in the airport when he arrived on Friday night.

“It was so touching to see local Egyptians turning up to welcome us. I didn’t expect it at all, but it was a nice surprise which has really set the tone for these World Championships. We have been treated so well, and the facilities are incredible. I just can’t wait to get going and bring that gold medal back to my people.”

Mohammed Flissi is another favorite inspired by the facilities on show. The Algerian got a silver medal in the light flyweight category in the last World Championships in Kazakhstan, and wants to do one better in Doha:

“Everything in this arena is perfect to push me to do my best. It’s probably the best facilities that I’ve ever come across. When I walk around here I get goosebumps, and I try to imagine the feeling of winning the title and seeing the Algerian flag raised on the podium. I know there are a lot of Algerians living in Doha, so I hope they will come and support us.”

One of the highlights of Doha 2015 will be the bouts in the super heavyweight category. Joe Joyce, representing Team Great Britain, is chasing his country’s first gold medal since 2007 in Doha:

“To walk in here and see the sheer scale of this arena is amazing. Everything here is top-notch, all shiny and spectacular. It’s going to be great to see this place packed with people, and I hope to put on a real show. Hopefully I’ll perform to my potential, and get to leave Qatar with a gold medal in the bag.”

Tickets are priced between QR10-50 and can be purchased online at www.virgintickets.qa and in Virgin Megastores in Villaggio Mall and Landmark Mall, as well as at the venue throughout the World Championships.