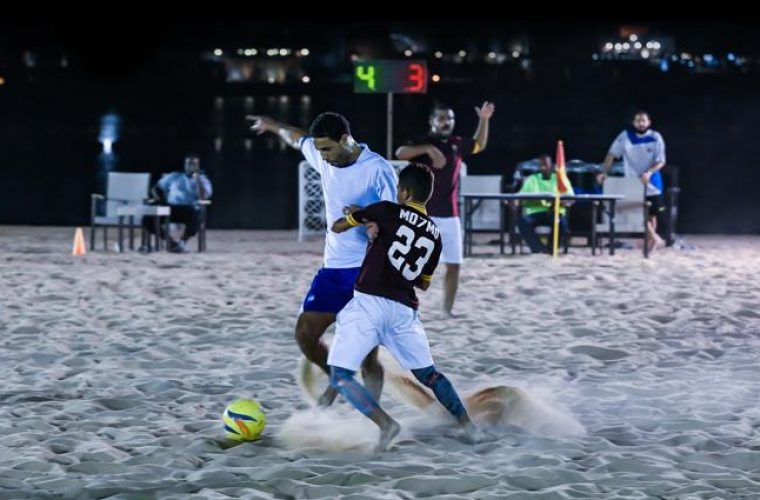 Are you a Football Fan or Volleyball enthusiast? Either way you can take part in a beachy Championship for both sports starting next week in Katara. With the beginning of Ramadan there’s no better way to stay active than after sunset with both feet in the cool sand. Kick the ball or jump for a catch to get your team to win!

From the 9th June till the 25th June the beach will be occupied with the best teams for football and volleyball. It is open to the audience and takes place at Beach No 01 from 9:00 pm to 11.55 pm. It will be Katara’s 6th Edition of the Beach Football Championship and the 2nd Edition of the Katara Beach Volleyball Championship. The Cultural Village Foundation has organized both championships during Ramadan. 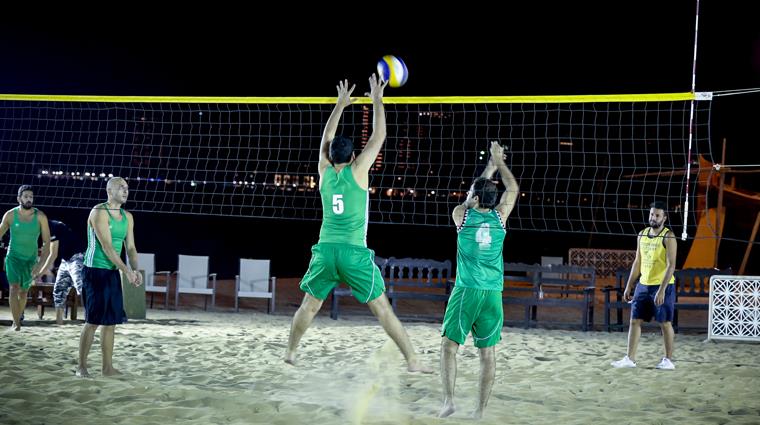 The Beach Football Championship is organized in cooperation with Al-Frijan committee for football tournaments in Aspire on the football pitch. For those wanting to register their team here are some conditions! The players must be over 17 years old, and must be Qataris, Gulf nationals or expats. Your team must have the names of Qatar’s cities or suburbs, and have a uniform with numbers. Each team should have 8-12 players and three administrative assistants. Only five players will be in the pitch, but swapping is unlimited throughout the game. The matches are 30 mins long with a 5 minute break. Registration is open from the 29th May onwards and needs to be done with valid Qatar ID and passport sized photo. 3000 QR need to be paid by each team that will be refunded if no rules or regulations were violated. Registration closes after the 10th team is registered, so hurry!

As for the Beach Volleyball Championship, each player has to be older than 17 years, and are welcome from any nationality, given they are not in the records of the Qatari Volleyball Association for the season 2015-2016. The names of the teams are again Qatari cities or suburbs, and uniforms with numbers are required. There are six players in each team, four of which play in the volleyball courts. Each team also needs one administrative assistant. The matches consist of three sets, with the first two for 25 points and the last one for 15 points. The registration has opened on the 31st May and will also close after the tenth team. For volleyball you are asked to pay 1000 QR that will be returned to your team after no rules and regulations are violated.

Sounds like fun? Register and see if your team can win one of the fantastic prizes! Or simply come and cheer for your favorite team, your friends or family!