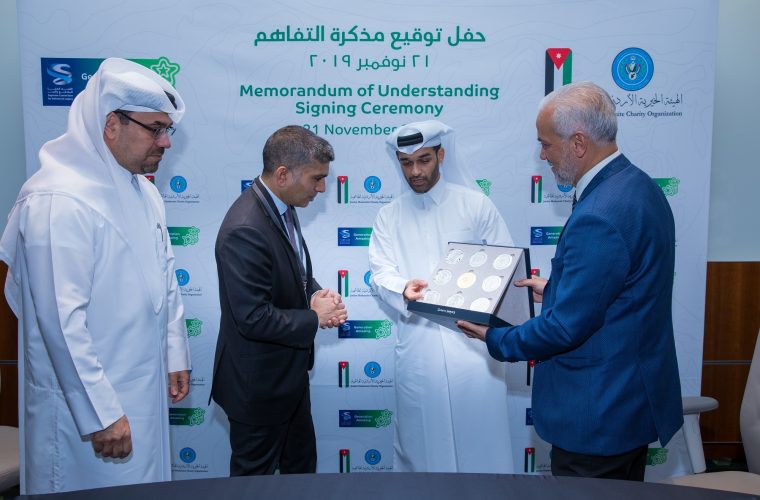 Generation Amazing has announced it is partnering with the Jordan Hashemite Charity Organisation for Arab and Islamic Relief, Development and Cooperation (JHCO) in order to bring the football for development programme to refugees and vulnerable communities in Jordan and across the world.

Generation Amazing, the Supreme Committee for Delivery & Legacy (SC)’s flagship CSR programme joins forces with JHCO, who are known for their cross-sectoral relief and humanitarian work across Jordan and internationally, bringing emergency assistance and providing aid for victims of man-made and natural disasters.

The partnership aims to implement the Generation Amazing methodology into already existing sport for development infrastructure in Jordan as well as initiate an exchange of knowledge and operating space in Jordan, Qatar and worldwide.

An official partnership signing ceremony took place on the 21 November during the WISE 2019 Summit at the Qatar National Convention Centre in Doha. The event was attended by JHCO Chairman of the Board of Trustees HRH Prince Rashid bin El Hassan, SC Secretary General HE Hassan Al Thawadi and the JHCO Secretary General HE Ayman Al Mufleh.

The Generation Amazing football for development programme works with participants to develop communication, leadership and teamwork skills while also promoting values like inclusion, integration, gender equality and building a higher sense of active citizenship among youth through the power of football.

More than 500,000 beneficiaries have been reached to date through Generation Amazing, which is currently operating in eight countries: Qatar, Oman, Nepal, Pakistan, Jordan, Lebanon, Philippines and India.

The programme plans to extend its outreach in the next few years by doubling that figure and impacting the lives of one million beneficiaries by 2022.

Find out more about Generation Amazing.