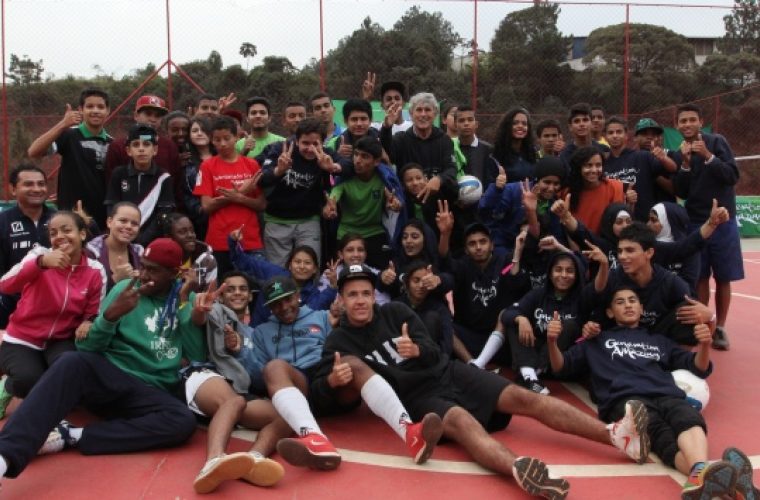 After an eventful and exciting ten days in Brazil, the Supreme Committee for Delivery & Legacy’s (SC) young ambassadors from the ‘Generation Amazing’ programme will have plenty of wonderful experiences to bring back home to Qatar, Jordan, Nepal and Pakistan.Over the course of their first ever FIFA World Cup™ experience, they saw Uruguay defeat England, Holland overcome Chile and a ten-man Belgium beat South Korea at the Arena de São Paulo. They even met and kicked a ball around with Brazil’s legendary two-time FIFA World Cup™ winner Cafu. 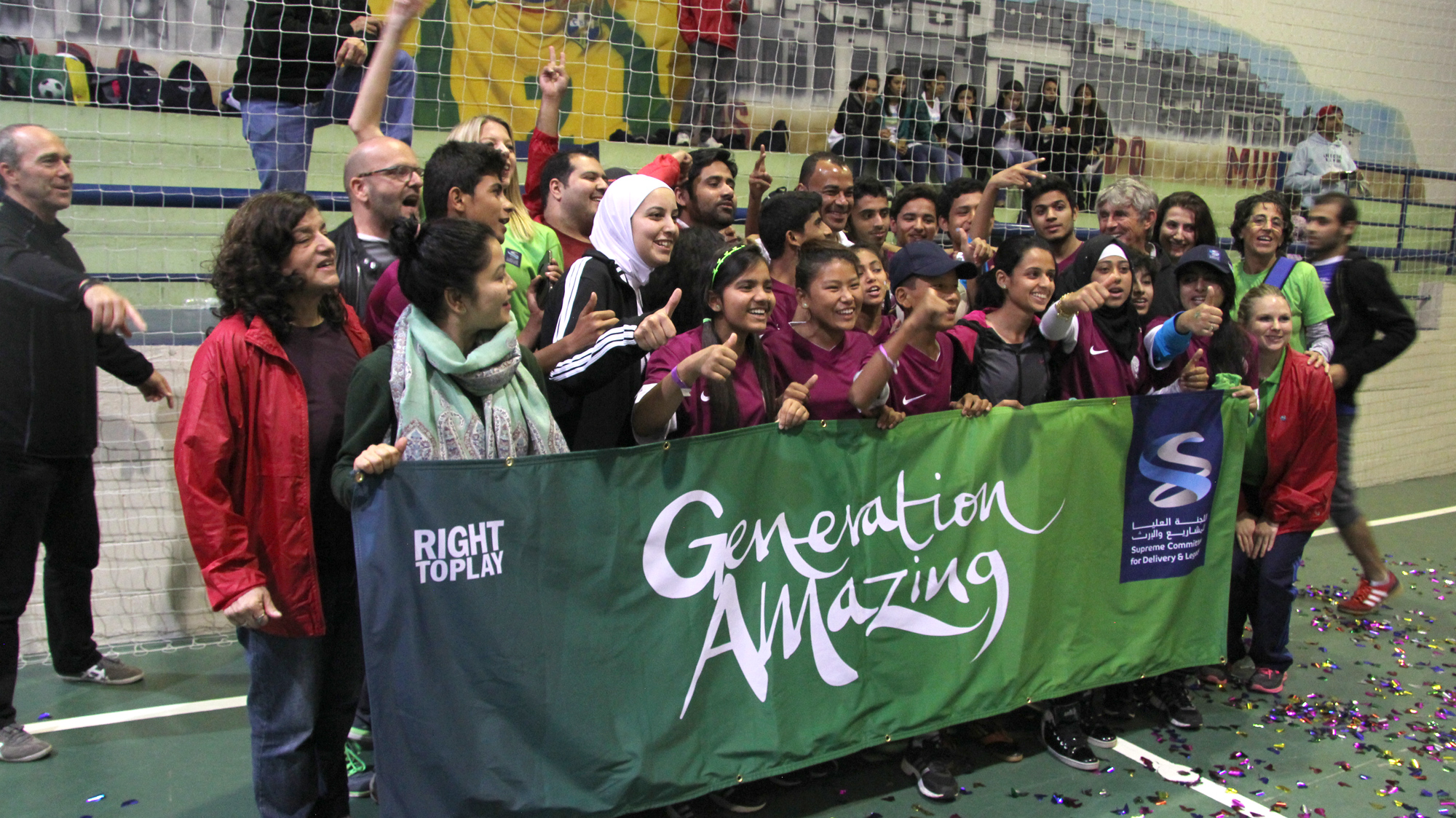 They received football and life wisdom from Bora Milutonovic, one of two individuals on earth to lead five different countries to the FIFA World Cup™, before defeating their Brazilian peers from the Fundação Cafu 2-0 in the final of a five-a-side tournament.Qatar’s Mohammed Al Muhannadi, who scored the second goal, reflected: “It was wonderful to be here and learn so much from this experience.” Meanwhile Arham Ullah Khan, a thirteen year old Manchester United and England supporter from Pakistan, has enjoyed the atmosphere in Brazil ever since he arrived: “It feels awesome. It’s a very unique place. I love Brazil. I love football. The FIFA World Cup matches so far have been fantastic. The sessions have been good. Visiting the NGOs has been great. We’ve had nice activities. So far, we are having a very good time. All Brazilians have been very friendly.”All those present at the friendly tournament received Handshake for Peace wristbands courtesy of the Nobel Peace Centre and exchanged the traditional respectful greeting before each match - a gesture that symbolises fair play and embodies the football for development principals of the programme. In a visit to the Fundação Cafu, a non-profit organisation that creates development opportunities to help children and youth fight against social inequality, the Generation Amazing ambassadors were graced by the presence of the only man to have appeared in three World Cup final matches. One of the greatest full backs in the history of the sport, Cafu kicked the ball around with the ambassadors, led them through capoeira exercises and accompanied them as they stencilled images of his face and theirs on the walls of the Fundação.At the same venue Mr Milutinović, who served as one of Qatar’s bid ambassadors for the 2022 FIFA World CupTM and travelled to South Africa with the 2010 Generation Amazing ambassadors for the FIFA World CupTM, recounted his own dreams as a young boy growing up in Yugoslavia, modern day Serbia, to the 22 ambassadors. He emphasised how through hard work and determination he was able to become one of the most travelled helmsman in football: “For me it’s an extraordinary experience to be with these children from these countries in this moment. I recall when I was a child and I grew up in a time of war. I am very happy that the people of Qatar are concerned for children from all over the world, especially from developing countries, so that they may have a different experience in life.”As the iconic coach and captain of FIFA World Cup™ history came together in São Paulo, the tactical genius who took Mexico to the quarter-finals of the 1986 FIFA World Cup™ on home soil said that meeting the Brazilian legend brought with it enormous gains for the youngsters:“We were with Cafu, who has his foundation that helps youth. It was a day that I can never forget,” added Milutinovic. “I think this is the best thing that could have happened to me, to be at his foundation together with the children. And when one looks at the way they are enjoying life, I believe the mission has been accomplished." Prior to playing their own football matches, the young ambassadors witnessed Uruguay’s Luis Suárez eliminate England from the 2014 FIFA World Cup™, scoring two goals at the Itaquerão and ending the Three Lions’ dreams of lifting the FIFA World Cup™ trophy for a second time.Many of the youngsters were inspired by the Brazil experience to express their own football dreams. Hagar Saleh, who plays for Qatar’s U15 Women’s National Team, said: “I was so happy. It was my first time going to the World Cup and my first time going to a football match in a big group. I had so much fun. I’m so excited to have met Cafu and coach Bora. I hope to one day be a player in the FIFA Women’s World Cup. Women’s football in Qatar has developed [a lot] in two, three years. Maybe one year Qatar will be champions of the FIFA Women’s World Cup.”During a visit to the EPROCAD foundation, an organisation that promotes the development of children and youth through sport, education and art, Mr Milutinović led Hagar, the rest of the ambassadors and the Brazilian teens from the foundation through football drills.The Generation Amazing visit to Brazil came to a conclusion with the end of the group stages of the 2014 FIFA World Cup™, but the programme will continue to inspire and reach out to youngsters in communities across the region in the lead up to the 2022 FIFA World Cup Qatar™.