Game on for Internazionale Milano and Paris Saint-Germain 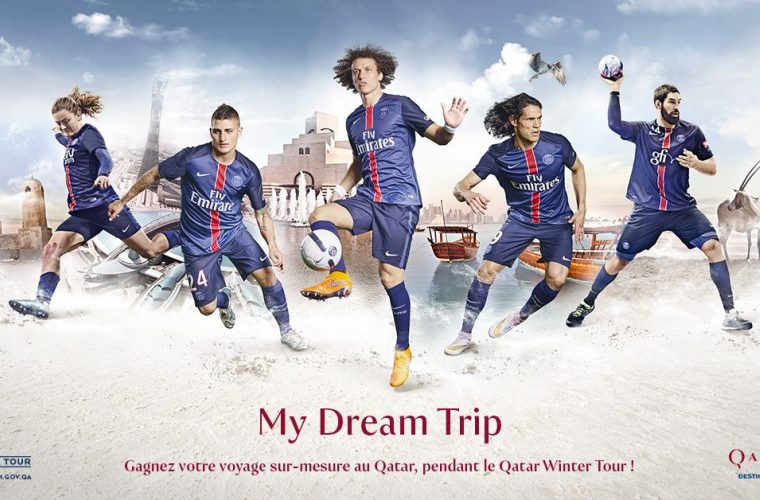 What is for us the perfect chance to see the football players of giant teams of Paris Saint-Germain and Inter Milan kick off at the scene, is also very important for Qatar’s tourism industry, as Qatar Tourism Authority states today. We are an even away from the friendly match that will take place at Doha’s Al Sadd Stadium tomorrow at 7:30.

Organized is the friendly match between the two by numerous companies and organizations such as Qatar Tourism Authority, Qatar Football Association, LOC, and Qatar Stars League with the help of sponsors like Ooredoo, Qatar National Bank and more. QFA General Secretary and Head of LOC Mansour Al Ansari expressed his excitement at today’s press conference about the response for tickets, as they sold out three days ago. Usually such a demand is not likely for sport events in Qatar, but for this game many Residents of Qatar as well as people from outside showed great interest. That this is not only great for football fans here but also for the country’s tourism is obvious. This is why QTA has made a deal with PSG in 2013, and invite the team to come to Qatar to play and to enjoy the culture and heritage Qatar has to offer.

We are all very excited to see who will win this year as last year it was Paris Saint-Germain winning to its competitor. PSG have been to Qatar for their winter training camp before and now InterMilan can experience the winter camp with the facilities of Aspire to train for the Champions League between 26-30 December.

Both teams are very keen and confident in making it far in the Champions League. Laurent Blanc, the coach of PSG, said today that this is an important match and that they are ready for it. He stated; “We hope for a good match against a team who are at the top of their league.” He later added that “I have full confidence in my player.”

Also Inter Milan’s coach Roberto Mancini voiced his enthusiasm about tomorrow’s match; “We are very happy to be here. We have good weather and good infrastructure here. It will be a good game and the fans who come to the stadium will see a fantastic game with fantastic players.”

After a promising press release giving us insight on the thoughts of the teams, we are excited to watch a foot ball game that will be engaging, suspenseful and friendly!