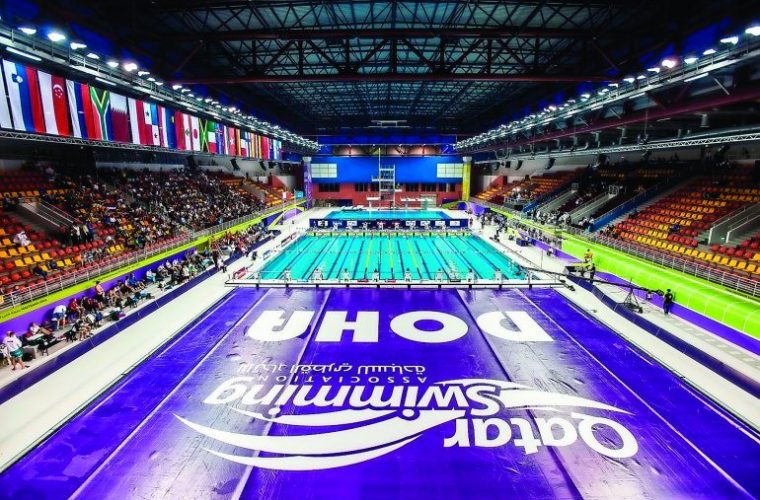 The opening ceremony was attended by H.E. First Vice President of the Qatar Olympic Committee (QOC) Sheikh Saud bin Ali Al-Thani, H.E. Secretary General of the QOC Jassim Rashid Al Buainain, Honorary President of the Arab Swimming Federation Yousef Al Saie, and President of QSA and Chairman of the Organizing Committee of the Championship Khalil Al Jaber, and a number of guests.

Morozov, who came to the seventh and final meet with a huge 87-point lead, further strengthened his position for over title after winning the thrilling men's 50m freestyle final, clocking 21.83 - just fractions of a second ahead of Kosuke Matsui (JPN) 22.02 and Maxim Lobanovskij (HUN) 22.04.

Campbell, meanwhile, was fastest (24.11) in the 50m freestyle final as she edged Michelle Coleman (SWE) 24.50, who won silver in an exciting finish.

Campbell, who was leading Hosszu by 24 points in the overall rankings after Kazan meet, is still facing a tough competition from the Hungarian, who won the 200m butterfly title on Thursday.

Yasuhiro Koseki (JPN) stunned cluster leader Anton Chupkov (RUS) in 100m breaststroke with a gold medal in 59.11. The Russian finished third with a time of 59.83 behind Arno Kamminga (NED) 59.25.

Hungary got their second gold medal of the day when Eszter Bekesi won the women's 200m breaststroke.