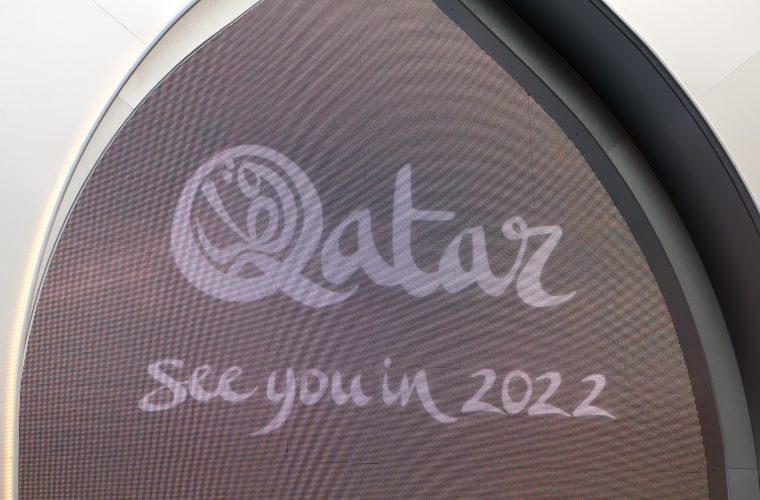 Tonight at 20:22 (Qatar standard time) the unveiling of the official emblem for the FIFA World Cup Qatar 2022 will take place in Qatar and 23 cities around the world, through a digital campaign and will also be displayed on major screens in different capitals around the world simultaneously, according to QNA.

The unveiling is an important milestone for FIFA and Supreme Committee for Delivery and Legacy (SC) on its path to organise the first world cup in the Arab world and the Middle East region.

SC had announced that the official logo of the World Cup will be revealed by displaying it on the facades of buildings and landmarks in Qatar and around the world:

The logo will also be displayed on giant screens in The US in New York (Times Square, Broadway, between the streets of 44 and 45, and New York),

Russia will also see the revealing of the logo at Moscow (Noviy Arbat 2).

In the Asian region, the logo will be revealed in India (Babulnath Junction, Mumbai) and also in South Korea (Coeux, Seoul).

The logo will also be revealed in Johannesburg (Alice Lane, Sandton)

Are you excited about this big reveal? Will you go out to one of the Doha locations for the reveal? What is your plan for tonight? Do let us know your thoughs in our Comments section. Like and share the article - it keeps us going!