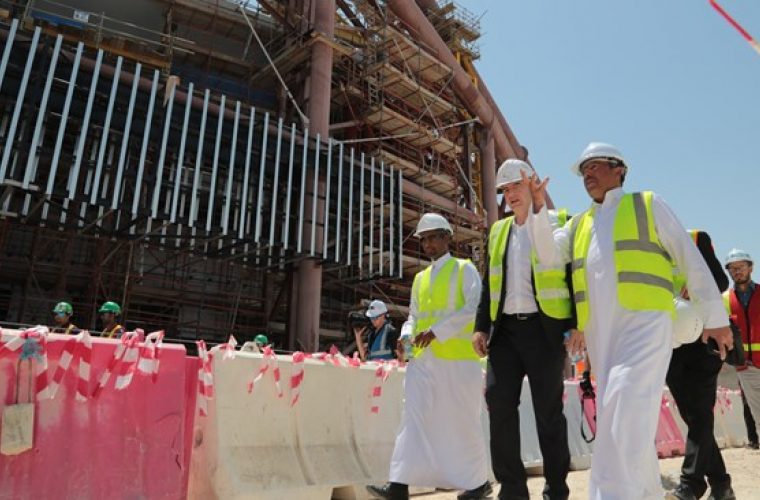 FIFA president Gianni Infantino has met with HH the Emir Sheikh Tamim bin Hamad al-Thani during a visit to Qatar which is hosting the 2022 World Cup, the committee overseeing preparations for the event said on Thursday.

Infantino arrived on Wednesday from a two-day visit to Moscow, where he met Russian President Vladimir Putin and gave an overall positive assessment of the state of preparations for Russia's 2018 World Cup.

The head of football's world governing body told Putin that he had seen "progress" in Russia's preparations to host the tournament and praised the government for its work, Russian news agencies reported.

"If I compliment Russia it doesn't mean that as of today or tomorrow Russia can sit down and wait until summer of 2018," he told reporters.

The bidding process for the tournament, as well as that of Qatar's 2022 World Cup, has come under scrutiny as part of twin Swiss and US corruption investigations into FIFA's practices.

Infantino is expected to hold a news conference on Friday as he wraps up his visit to Qatar. (Source / Image)