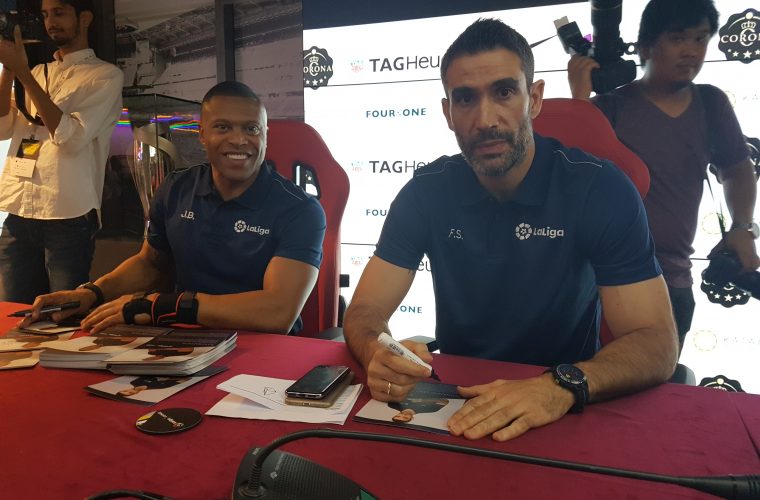 The two former international football stars and now LaLiga Ambassadors attended last night’s press conference at the LaLiga Lounge, to help launch the second edition of the LaLiga Lounge Festival to be held between 4-7 April 2018 at the Hotel Park.

Following the press conference, the Ambassadors who take pride in their position traveling around the world to help promote the football availed themselves for a meet and greet opportunity, candidly spoke to the media, took interviews, posed for pictures and signed autographs before visiting the festivals playing area and showcasing their football skills with waiting fans.

Also in attendance were Four and One Chairman, Omran Al Sherawi who stressed the importance of the festival and their commitment for its continued growth and awareness in Qatar.

Al Sherawi a former local junior football player said “LaLiga is the best league in the world when I was a kid I used dream of being part of it. Now with the vision of LaLiga we have this wonderful opportunity to bring it to the community – connecting sports enthusiasts and football fans with the most popular football brand.”

Saeid Heidari, General Manager of Sheraton Grand Doha Resort & Convention Hotel said, “We are taking a big step forward in hospitality for football enthusiasts in Doha with the first LaLiga Lounge in the world. LaLiga Lounge complements Qatar’s effort and commitment in hosting the world’s most anticipated football tournament, the 2022 FIFA World Cup.”

“Sheraton Grand Doha Resort & Convention Hotel has always been at the forefront of the country’s hospitality industry connecting Qatari residents and visitors with the world famous brand”, Heidari concluded.

The director of the office of LaLiga for the Middle East and North Africa, Fernando Sanz, empathized LaLiga Lounge Festival intention to connect with football supporters on their terms, "We want to be close to those fans that want to be part of Spanish football experience," he said. "We want to spread the game that is close to my heart and LaLiga”.

For his part former Brazilian striker Julio Baptista said, “I am extremely fortunate to be an Ambassador with LaLiga as I get the chance to change kid’s lives in a positive way. LaLiga offers a unique platform that introduces kids to football and foster their future ambition and talent”.

The second edition of the LaLiga Lounge Festival will bring the best talent in football to compete at the Hotel Park with the winners receiving a free trip to Spain to live the life of a LaLiga star.

This year the festival will feature three pitches for various competitions including 4x4, 3x3, 1x1, pana cage and foosball. There will also be a competition for the best event picture that captures the spirit of L Liga Lounge Festival and computer game connoisseurs will have a chance to battle it out at the didgi zone.

Visitors will not only mingle with their LaLiga stars but they will enjoy a great family atmosphere with a host of exciting entertainment events and show performances from artists and football freestylers. Attendees will also get the chance to taste the unique food flavors and beverages from various food retailers.

Cover image courtesy of Four and One 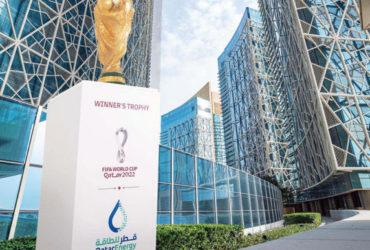